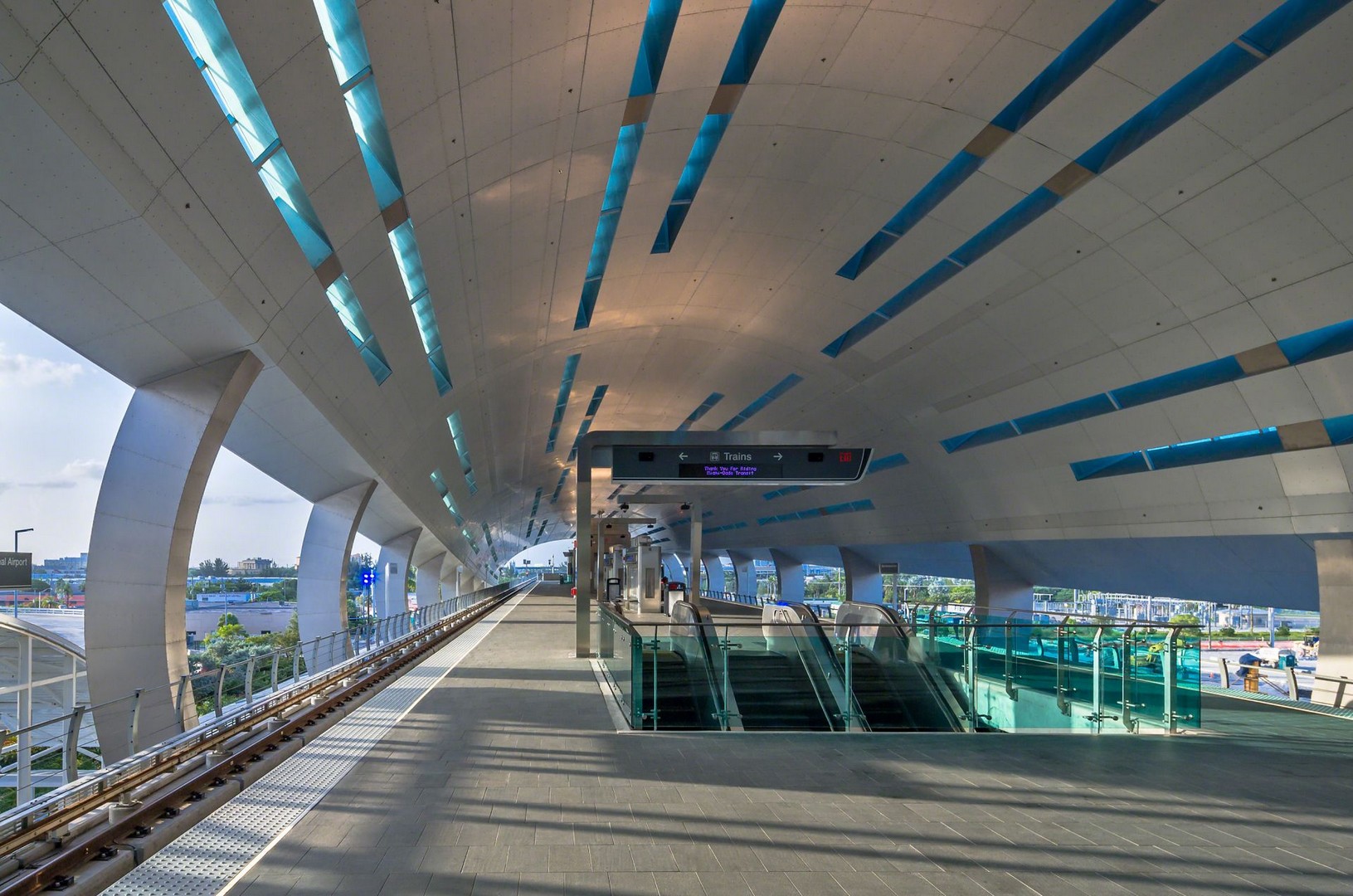 Portal To The Future

Miami has joined the major league of cities with rail mass transit connections to their airports with the opening of the Metrorail station at MIA. Like the grand rail terminals of the past, this station has striking architectural elements – notably a stainless-steel clad canopy that rotates and tapers. The American Institute of Architects Florida/Caribbean Chapter gave the station a merit award of excellence.

The station is part of the Miami Intermodal Center, which was designed as a hub for buses, Tri-Rail and even future high-speed rail service. The canopy dynamically hovers above to define the platform space. The connector level vestibule, defined by an “art in public places” glass enclosure intervention, leads patrons to the airport. Here are more insights from Perez & Perez Associates about the project: – Using a continuous rhythm of structural columns throughout the 1,000-foot long site to organize and integrate the bus and rail facilities. – Providing elements common to other Metrorail stations, but making this one a stand out as a landmark. – Designing the stainless steel clad canopy to be the signature structure expressing the concept of movement and contrasting with existing nondescript stations. – Strategically placing linear openings in the canopy to provide natural light and a visual frame to follow the rotation of the canopy. – Utilizing the linear patterns of the openings in other parts of the station, such as the bus canopies in the lower level, the south entrance canopy and the floor pattern.