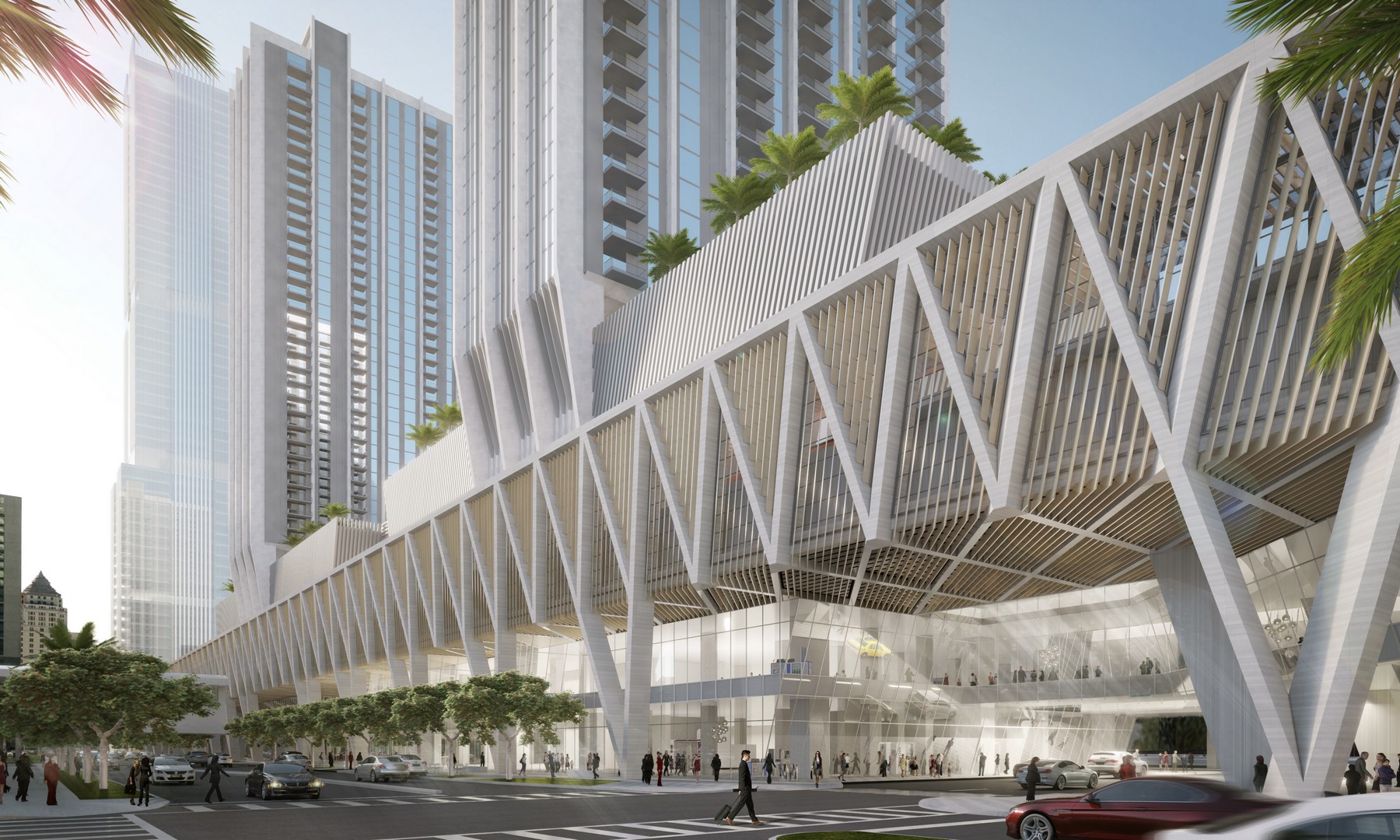 Riding the rails of development: All Aboard Florida, Tri-Rail create hot spots for future growth

Rail mass transit is already impacting commercial development as All Aboard Florida starts construction of 4 million square feet of mixed-use projects near its stations.

The next big thing is an expansion of Tri-Rail service along the Florida East Coast (FEC) Railway tracks that run through the downtowns of the region’s coastal cities. While All Aboard’s high-speed Brightline service to Orlando along the FEC will only have three South Florida stations – Miami, Fort Lauderdale and West Palm Beach – Tri-Rail’s Coastal Link could have up to 28. There’s also an emerging discussion about expanding commuter rail service going east and south from Miami International Airport.

Mike Reininger, president of All Aboard Florida, says he’s already seeing interest from office tenants who want to be near the Brightline stations.

“I’m certain that what we are going to see happening around our transit hubs or any transit hubs in Southeast Florida is going to be a higher degree of density and a higher value assigned to those particular locations, simply because of the market’s preference for those type of locations,” Reininger says. “Commercial office tenants know that their employees want to use public transportation as opposed to driving or they prefer to fund mass transportation tickets as opposed to paying for parking in urban environments.”
Another plus of being near the stations is being able to more easily draw a workforce from a broader area. “You may have an office in downtown Miami, but a workforce in Broward,” Reininger says.

One question is how to fund stations and accompanying TOD projects.

Jack Stephens, executive director of the South Florida Regional Transportation Authority, which operates Tri-Rail, says the TODs could be funded privately, by public/private partnerships (PPPs) or by a city government. Each city can develop its own vision, ranging from a simple platform with a canopy for passengers to a more elaborate mixed-use development.

The Tri-Rail website (tri-railcoastallink.com) has downloadable PDFs that detail development possibilities near the 28 sites and the positive economic outcomes if cities support the stations. One of the PDFs projects $580 million in new residential development and $850 million in new commercial development tied to Coastal Link projects. Since Tri-Rail has space in the All Aboard Florida MiamiCentral station, Stephens plans to work his way north in pushing for development of station sites.

Developers are already embracing mass transit; Swire, for example, has spent millions renovating the Metromover station that is integrated into the $1 billion Brickell City Centre, says Charles D. Scurr, executive director of the Citizens Independent Transportation Trust, which oversees the use of the half-penny sales tax for transportation in Miami-Dade County.

“They realized that for their project to be successful, it can’t be just about getting cars in and out of their project,” Scurr says, adding that the transportation trust will work with municipalities, Tri-Rail and the FEC to see how it can accelerate the start of the Coastal Link.

Stations that serve the booming Wynwood and Midtown areas could be popular with commuters since Metrorail heads west after the Overtown stop. “When you have built the downtown station, you have built the most expensive part of the system,” Scurr says. Now, city leaders in North Miami, North Miami Beach and Aventura are all expressing a strong interest in having Coastal Link stations.

North Miami is looking at a stop at 125th Street, an industrial area that has been rezoned to help promote development, says Neil I. Sklar, a partner with the law firm of Peckar & Abramson who is experienced in PPPs. A mixed-use project with retail and restaurants would help improve the area.

Aventura is more affluent, but has land across from Aventura Mall that could be used for TOD, Sklar adds. Offices and retail would go well with the residential units being developed in the area.

In June, the transportation trust published a study about starting another service, the Downtown Miami Link, as soon as December 2016, depending on when MiamiCentral is ready. The Tri-Rail tracks and FEC Railway are being connected near Northwest 74th Street and 37th Avenue, so 26 trains a day could go downtown instead of to Miami International Airport. Nine different funding sources are committed to spending $68.94 million to help make the Downtown Link happen, the study says.

Both the transportation trust and Miami-Dade County Commissioner Esteban Bovo Jr., who is chairman of the Transportation and Mobility Committee, are spurring discussion of expanding rail transit along the CSX railway from the Intermodal Center at Miami International Airport. One line would parallel the Dolphin Expressway while the other would go south to Homestead and Florida City. “Imagine what impact this would have for Homestead, Florida City and Perrine if we can bring a system down there that lends itself to the predictability that rail provides,” Bovo says.

Using the existing freight tracks, which the state would purchase from the CSX, is seen as costing much less than expanding the Metrorail, which would cost about $1 billion for just the route along the Dolphin, Bovo says. The half-penny tax could generate $2 billion to $3 billion over time to help pay for the lines and the Miami-Dade Expressway Authority could also chip in.

Bovo hopes the Metropolitan Planning Authority moves quickly to set priorities. Then, legislation could create special taxing districts to spur TODs along the new routes. He knows the legislative process intimately as a former member and committee chairman of the Florida House of Representatives. Companies from Spain, China, Brazil, France, Italy and Israel are all interested in providing the rail service, he says. “Everything we are talking about has been done elsewhere.”