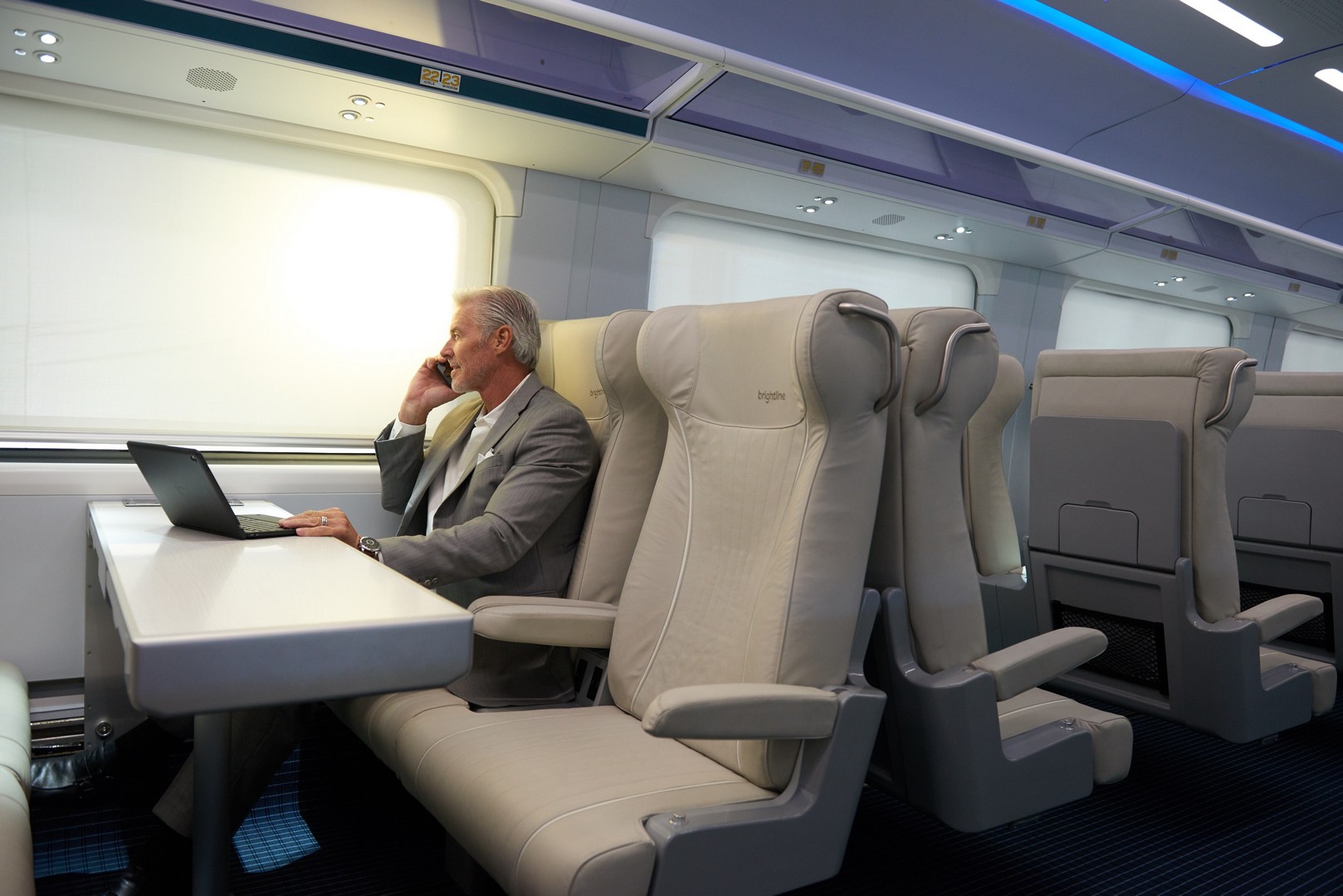 In the past, Brightline officials told me that they were only interested in running a passenger service from Miami to Orlando with stops in Fort Lauderdale and West Palm Beach. It wouldn’t have more closely spaced stops like Tri-Rail.

That may be changing, according to an article in the Miami Herald. Director of Miami-Dade Transit, Alice Bravo, said Brightline might want to operate a commuter line from downtown Miami to Aventura and collect the type of government support that Tri-Rail could get.

In my opinion, this would benefit SFBW’s readers who could potentially get more luxurious and comfortable service than a strictly government-operated service would provide.

A few months ago, I took Tri-Rail from Fort Lauderdale to the Miami International Airport just to see what the experience would be like. The trip was enjoyable as a new experience, but the cars had the ambiance of a city bus. I’m not trying to be critical—by its nature, government services tend to provide the basics while private operators can spend more on creature comforts in hopes of attracting more customers. It’s clear to me from seeing pictures of Brightline’s new trains, which are included in the slideshow below, that it will provide a more luxurious amenities than the Tri Rail-does.

Brightline also has another advantage in its capability to create public/private partnerships to develop stations with mixed-use purposes. It already has experience developing the stations in the downtown areas of Miami, Fort Lauderdale and West Palm Beach. The Miami station will have multiple towers with residential, retail and restaurants.

SoftBank CEO Masayoshi Son told then president-elect Donald Trump in December that he would invest $50 billion in the U.S. and create 50,000 jobs. Perhaps someone from Japan, where high-speed trains are commonplace, will see potential in Florida.

Prospective locations for stations, according to a PDF for Coastal Link, are 192nd Street in Aventura, 163rd Street in North Miami Beach, and 79th Street, 54th Street and 36th Street in Miami. PDF also calls for more stations in Broward and Palm Beach counties, but Miami-Dade’s push for new transportation options appear to make it more ready to pursue Coastal Link service.

It’s not clear whether Brightline will actually decide to run the new Miami to Aventura service. Officials told the Herald that they want to get their initial service up and running first.