The 5 Richest Investors in the World

With a cumulative net worth in excess of $150 billion, these billionaires are the five-richest investors in the world.

When it comes to investing, there’s an obvious scorecard: accumulated wealth. The five billionaires below are the richest — and arguably, therefore, the most successful — investors in the world.

Net worth: $67.9 billion (as of May 10, per the Bloomberg Billionaires Index)

Investing style: Value investing with an emphasis on quality. Having begun his career looking for “cigar butts” — i.e., cheap, unwanted stocks without much long-term value — in the style of Ben Graham, Buffett now seeks to invest in or acquire businesses with a durable competitive advantage at a reasonable price.

Track record: From 1965 through 2015, Berkshire Hathaway’s share price has compounded at an annualized rate of 20.8% — 10 percentage points more than the S&P 500 (including reinvested dividends).

From 1957 through 1968, limited partners in the Buffett Partnership achieved an annualized return of 25.3% net of fees — 16.2 percentage points ahead of the Dow Jones Industrial Average. Before Buffett’s performance fee, the annualized return was 31.6%.

“I never attempt to make money on the stock market. I buy on the assumption that they could close the market the next day and not reopen it for five years.”

“Charlie [Munger] and I have not learned how to solve difficult business problems. What we have learned is to avoid them.”

Fun Fact: According to his biography, The Snowball, Buffett filed his first income tax return at 14, deducting his bicycle and his watch as business expenses, with the knowledge that this was “questionable.” His tax bill was $7.

Investing style: Engaged value investing. 3G Capital is a control investor that has a predilection for consumer brands in food and beverages, and for dealmaking.

“My biggest success in business was the discovery some 40 years ago that by attracting excellent people to work with me and giving them a chance to grow, I would go much further than I would by myself.”

“A great deal is one that is long-lasting and sustaining.”

“A dream big and challenging makes everyone row in the same direction.”

Source of wealth: Founding partner of Soros Fund Management LLC, which became a family office in 2011.

Investing style: Although he began his career as an arbitrageur, Soros is best known as a global macro investor. (In particular, he is sometimes referred to as “the man who broke the Bank of England” for his 1992 bet against the British pound.)

Track record: In July 2011, Bloomberg reported that Soros Fund Management’s flagship Quantum Fund had returned, on average, “about 20%” annually since its inception in 1969.

“If I had to sum up my practical skills, I would use one word: Survival.”

Fun fact: Soros is the mastermind of innumerable conspiracy theories. 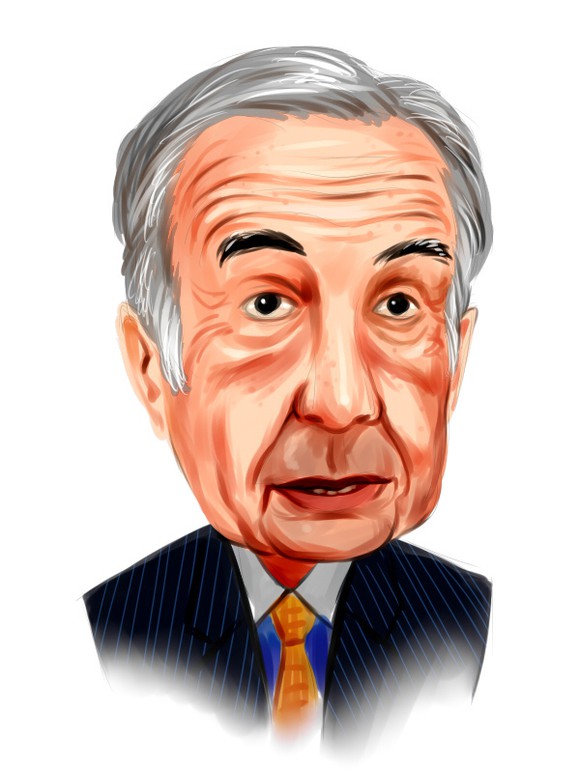 Source of wealth: Owns 89% of Icahn Enterprises LP (NASDAQ:IEP) and invests his personal assets through Icahn Partners and other entities.

Track record: Between the end of July 1987 through the first quarter of 2016, units of Icahn Enterprises LP produced an annualized return of 10%, with dividends reinvested against 9.3% for the S&P 500. An article in Kiplinger claims that Icahn compounded his initial $100,000 investment with Icahn & Co. at an annualized rate of 31% between 1968 through 2011.

“The cardinal rule is to have enough capital at the end of the day.”

“The funny, ironic part is if you [live by your word], over the years, it really pays off tremendous dividends.”

In response to an angry bondholder who asked him during Trump Entertainment Resorts’ restructuring what price he had paid for his bonds: “We’re both on a life raft right now. And it’s sinking. It doesn’t matter who got on first. We have to do something to save ourselves.”

“Empiricism says knowledge is based on observation and experience, not feelings. In a funny way, studying twentieth-century philosophy trains your mind for takeovers… There’s a strategy behind everything. Everything fits. Thinking this way taught me to compete in many things, not only takeovers but chess and arbitrage.”

Fun fact: Icahn dropped out of the NYU School of Medicine after two years.

Track record: From 1994 through mid-2014, Renaissance’s flagship Medallion fund earned an average annual return of 71.8%, before fees! No wonder investors were willing to pay the exorbitant fees of 5% of assets and 44% of investment profits.