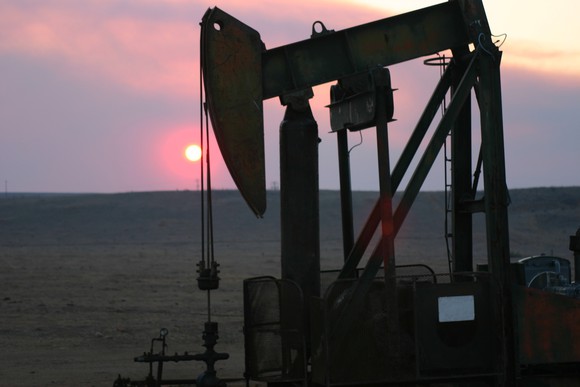 The Quiet Bull Market in Oil

Oil prices are up more than 20% from their recent low, which is technically a bull market even if investors aren’t all that bullish on crude these days.

Oil prices burst out of the gate this week, rising more than 3% on Monday. That rally pushed the U.S. oil benchmark, WTI, up to more than $52 per barrel, while the global benchmark, Brent, rose above $59 per barrel. For WTI, it was the highest close in five months, while Brent hit its best level since July 2015. What’s noteworthy about these moves is that they pushed oil 20% above its bottom in June, which means crude is now officially in bull market territory.

As I suspected they might, three factors fueled that rapid recovery: Sinking oil inventories, accelerating demand growth, and slowing shale supply growth. Those same catalysts could continue to push oil higher, especially if OPEC remains steadfast in its commitment to keep a lid on output. That said, while the market is pinning its hopes on OPEC, the wild card for higher prices is shale, which has become the new swing producer.

Drilling down into the data driving oil’s rally

Oil market fundamentals have rapidly improved over the past few months. According to the latest report from the International Energy Agency, oil demand grew by a much stronger-than-expected 2.3 million barrels per day last quarter, which is up 2.4% year over year. That led the IEA to upwardly revise its growth estimate for the full year.

Additionally, global oil supplies fell last month due to unplanned outages and scheduled maintenance. One of the other drivers was continued high compliance by OPEC on its pledged production cut, which has averaged 86% for the year. Add to that a slowdown in shale production growth as well as some turmoil in Libya, and the oil market cut even deeper into its inventory overhang. Those stockpiles had fallen to only 35 million barrels above the five-year average versus the 219 million barrels it was above that mark in the previous month. 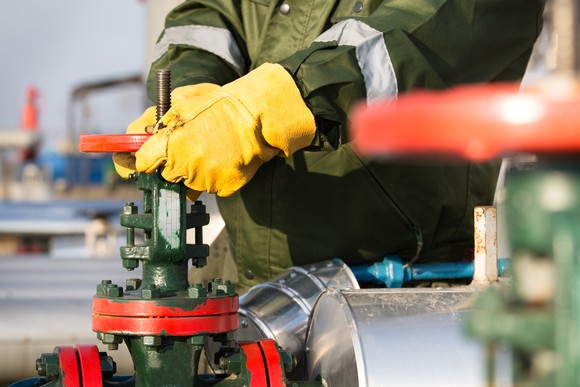 As mentioned, another factor driving crude’s quiet rally has been some discipline from shale drillers. With crude slipping into the $40s, several drillers announced plans to curb their activities in recent months. The Eagle Ford Shale’s Sanchez Energy (NYSE:SN), for example, announced in July that “given the challenged current oil and gas price environment,” it would reduce its 2018 capital budget by $75 million-$100 million. One result of that budget cut was that Sanchez Energy would decrease its rig count this year, cutting it from the eight that were running at the time down to five by the end of September. Furthermore, Sanchez would slow down the pace of its well completions, which would push production out until 2018.

Meanwhile, the Permian Basin’s Pioneer Natural Resources (NYSE:PXD) tapped the brakes on its 2017 plans after running into some drilling issues. Pioneer chose “not to accelerate activity in order to catch up in the second half, especially in light of the current commodity price environment.” Instead, it cut $100 million from its drilling budget and would defer 30 wells into 2018. As a result, Pioneer’s production would grow closer to the low end of its 15% to 18% guidance range.

In addition to trimming spending to keep it aligned with cash flow, some larger drillers are allocating capital to buybacks instead of more wells. Anadarko Petroleum (NYSE:APC), for example, recently announced a $2.5 billion buyback. The company felt that the repurchase was a “very attractive use” of its cash because it could retire about 10% of its outstanding shares. That would enable Anadarko to accelerate its production growth on a per-share basis without adding any more oil to a still-saturated market.

If producers continue to exercise restraint and chose buybacks or balance sheet improvements over production growth, then it’s possible that the rally in the oil market can continue. However, if shale drillers quickly reaccelerate, it could keep a tight lid on prices.

The oil market has had its share of false starts over the past couple of years, so it’s no surprise that the recent bull run has practically gone unnoticed by investors. In fact, Pioneer and Sanchez have seen their stocks drop 6% and 25%, respectively, even as crude has powered higher over the past three months. That said, the fact that bigger drillers like Anadarko are starting to turn to buybacks suggests that producers plan to be more disciplined this time around. If that continues, and OPEC doesn’t waver on its commitment, the market could continue quietly moving higher, and should eventually take prudent producers up with it.

Newly released! 10 stocks we like better than Anadarko Petroleum
On September 8, investing geniuses David and Tom Gardner revealed what they believe are the ten best stocks for investors to buy right now… and Anadarko Petroleum wasn’t one of them! That’s right — they think these 10 stocks are even better buys.

And when the Gardner brothers have a stock tip, it can pay to listen. After all, the newsletter they have run for over a decade, Motley Fool Stock Advisor, has tripled the market.*