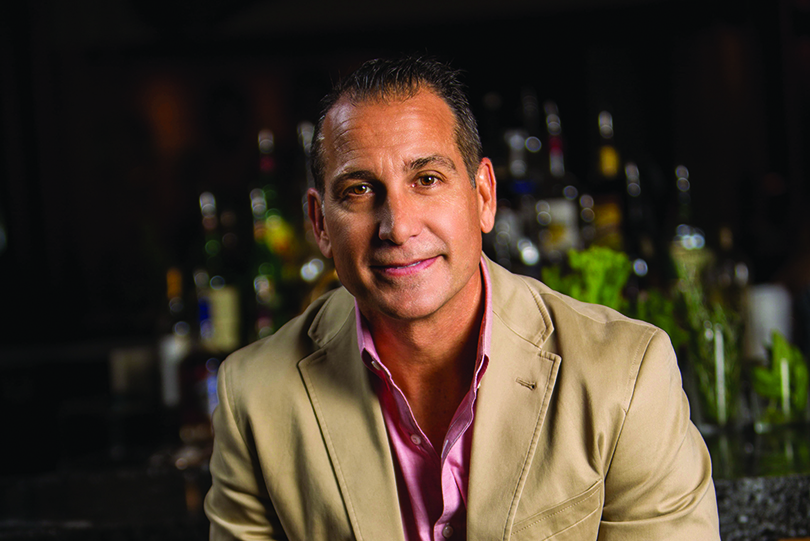 Tim Petrillo fell in love with the restaurant business at the age of 13, when he got his first job busing tables at Banana Boat in Boynton Beach. It was then that he began launching his plan to become a premier restaurateur.

Petrillo attended Florida International University’s School of Hospitality & Tourism Management to learn his trade. Upon graduating, he asked his mentors whom he should work for to get his start. The answer from all: Houston’s.

He followed their advice and got a job as a manager at Houston’s, opening restaurants for the popular chain throughout South Florida. It wasn’t long before Fort Lauderdale’s restaurant royalty took notice of the ambitious entrepreneur. Celebrity chef Mark Militello hired Petrillo to help open upscale eateries, including Mark’s Las Olas, Mark’s in the Grove and Mark’s Mizner Park. All were successful and critical successes but eventually wound up closing.

At the tender age of 25, Petrillo realized his 12-year-old dream and opened his own restaurant, Himmarshee Bar & Grille. He partnered with Peter Boulukus, who was the chef at Mark’s Las Olas and Alan Hooper, a real estate pro, and started The Restaurant People with each putting in an equal amount to start the business. “We put all the money we had into it,” says Petrillo. “We raised the money from my family and a couple other people.”

It seemed everything Petrillo and his partners touched turned to gold. Twenty years later, they now have 400 employees and eight restaurants. They previously sold an interest in a company that developed some Anthony’s Coal Fired Pizza locations.

All of Petrillo’s restaurants and clubs are in South Florida, including his flagship YOLO (for which he just spent $1 million on renovations), Tarpon Bend, S3 at the Hilton Fort Lauderdale Beach Resort and Fork & Balls, which capitalizes on the latest culinary trend of meatballs. His clubs include O-Lounge and Vibe Ultra Music Lounge.

Petrillo is known for his hands-on policy of restaurant management, and likes to visit as many of his restaurants as possible on a nightly basis. On New Year’s Eve, he hit all eight to make sure things were going smoothly.

The Restaurant People also recently took over Bimini Boatyard, renaming it simply “Boatyard,” and the group is also about to launch two restaurants along with 300 housing units in Tallahassee, encouraged by Florida State University boosters. Additionally, two other restaurants that Petrillo is keeping under close wraps are under development in Fort Lauderdale.

When asked about plans to expand to Miami or any other urban areas throughout the nation, Petrillo says: “We’re looking at Palm Beach. Ideally, we want to be able to drive to our restaurants. We’re trying not to grow just to grow. We want to grow smart.”

Boulukus is a key part of that growth – Petrillo calls him the brains behind all the cuisines.

“We met at Mark’s Las Olas. He wasn’t the typical chef. He had great talent and knew how to control costs. He was very creative. He’s critical to the success of the restaurant people,” Petrillo says.

What many don’t know about Petrillo is that he is just as passionate about real estate as he is about restaurants. He and Hooper are constantly scouting out possible developing opportunities, including a 36,000-square-foot, mixed-use project in the Fort Lauderdale entertainment district comprising office space, retail and a maritime museum; a residential project in the heart of Flagler Village with 36 loft-style units; a 100,000-square-foot self-storage facility in downtown Fort Lauderdale; and a 32,000-square-foot, mixed-use project in Delray Beach’s entertainment district containing office, restaurant and retail space.

Yet there is no question that Petrillo loves the restaurant business, too. “I’ve always loved food since I was a kid,” he says. “I like to help people have a good time. I like the energy of it. People want to come to see me. I’m not a doctor. I’m not a lawyer. Nine times out of 10, the customers want to be there.”

When asked which restaurant is his favorite, he refuses to answer, comparing his eateries to his children. However, he does acknowledge that he adores seafood and fish, and if he had his choice, he would always pick a “nice piece of fish” for dinner.

Petrillo feels that Fort Lauderdale is finally starting to get its due as a foodie destination – in no small part thanks to his efforts. As evidence, Lee Brian Schrager, founder of the South Beach Wine & Food Festival, met with him last year to plan the festival’s first event in Fort Lauderdale. “He said, ‘I think Fort Lauderdale is ready to be part of this,’” Petrillo recalls. “Miami was not know as a food city five to 10 years ago. Candidly, Fort Lauderdale is on that cusp because all these luxury hotel brands are coming here, which is exciting.”

Petrillo says the most challenging part of his job is managing his employees. “There are a lot of levels of people who need to executive things right to make sure the guest is happy,” he says. “The employees have to believe in what you’re doing. We never hire for experience, we hire for hospitality. We can teach someone to wait on tables.”

Petrillo is a big believer in giving back to the community and is vice chairman of the Downtown Development Authority and vice president of the Jack and Jill Children’s Foundation after previously serving as president. Previously, he has been on the Orange Bowl Committee, the board of the Fort Lauderdale Historical Society, the board of the Museum of Science and Discovery and the steering committee for the Greater Fort Lauderdale Chamber of Commerce’s Downtown Council. On a personal level, Petrillo has contributed far more, making the supreme sacrifice of donating a kidney to his brother, who suffers from polycystic kidney disease. Both he and his brother are in good health now, he says.

Giving back to FIU

A member of the FIU Alumni Society and a star graduate of the school, Petrillo also feels it is his duty to return to his alma mater several times a year to speak to the students, and he offers regular internships. One concern he has is that many of the students have not set a foot in a restaurant before they graduate. “They watch ‘Hell’s Kitchen’ and these other shows and say, ‘I want to do that,’ and they spend a ridiculous amount of money on culinary school. Then they get their first job and say, ‘This is way too hard, I don’t want to do this,’” notes Petrillo. “It’s concerning.”

“The students love to hear him speak and he clearly knows what he’s talking about,” says Rocco Angelo, associate dean of FIU’s School of Hospitality & Tourism Management. “I recently took a group of classmates to YOLO for dinner. The service was perfection, the food was great. Everyone was thoroughly impressed. He’s one of the success stories or of our program, no question.”

An admitted workaholic, Petrillo’s one hobby is working out and running. He gets up at 5 a.m. to run several miles. “Work is his sport,” says Hooper. “He enjoys what he does. He’s very technical when it comes to business. He tries to learn as much as he can about his craft.”

The two men complement each other well, says Hooper. Their partnership developed almost by accident. Hooper wanted Petrillo to rent a piece of property he had bought in Himmarshee, and Petrillo said, “No, I want you to become my partner in the restaurant business.”

“I’m a real construction guy and he’s an operator, he has a lot of business savvy,” Hooper adds. “On a personal level, his biggest challenge is balancing family – he is married and the father of two teenage daughters – and the long hours of a restaurateur. He is in his office at 7:30 a.m. and often doesn’t get home until 10:30 or 11 p.m. He works every day but Sunday.”

It is for this reason that Petrillo is not encouraging his daughters to go into the restaurant business, although one is already dipping her toe in the water and working as a greeter at Coconuts in Fort Lauderdale. “This is a very demanding business,” Petrillo says. “I hope they don’t follow in my footsteps. There are a lot of hours involved. There are other businesses that might be more conducive to family life.”