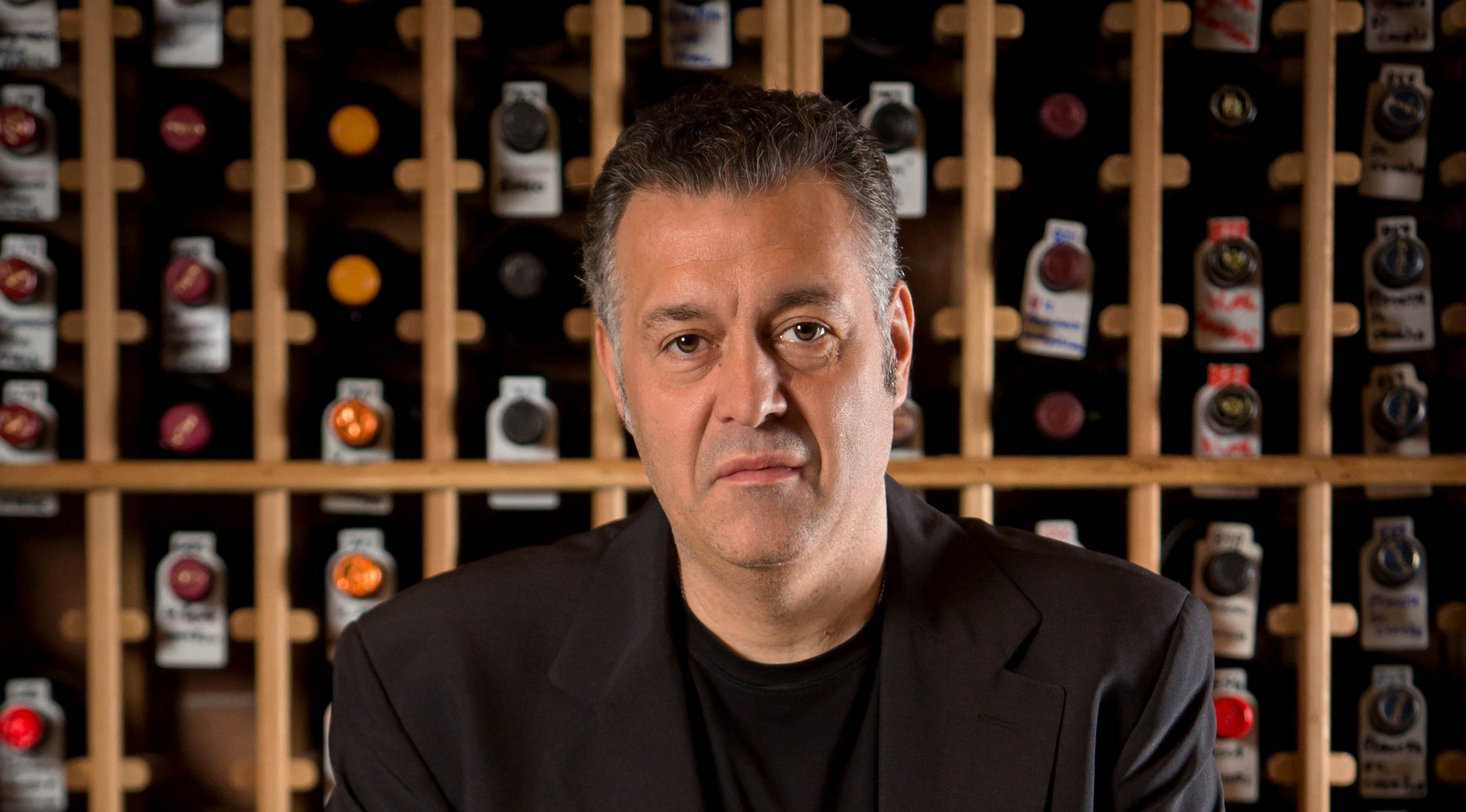 Barely into his teens, Angelo Elia didn’t lack gumption. He left Italy at the age of 14 to join his uncle in the United States, working at La Cisterna restaurant in Mineola on Long Island. By 16, he was already living on his own in Manhattan, working his way up the food chain and on the path to becoming one of the top chef-entrepreneurs in South Florida.

Elia’s achievements are being recognized by Nova Southeastern University’s H. Wayne Huizenga College of Business and Entrepreneurship, where he will be inducted into its 2016 Entrepreneur Hall of Fame class on April 27.

Elia’s interest in cuisine comes from his mother, whom he describes as a great chef. His family was in the restaurant business and he started cooking when he was 12. He told his parents he wanted to spend a month in New York, but he never came back. He did all the entry-level jobs at La Cisterna, like washing dishes and busing tables, but quickly moved into cooking. “When you are young, you want to be as aggressive as you can,” he says.

He then worked the food prep line at Siracusa in Manhattan before taking over the kitchen. “That was the best time when Michael J. Fox, Bernadette Peters and Glenn Close were coming there,” Elia says. “People went crazy about the food. We had some great reviews in New York.” He moved on to the Four Seasons and ran the kitchen there, but before long he decided to move to Fort Lauderdale. He wanted his own place. “In my blood, I have power. I want to be good. I want to make it on my own,” he says.

After five years with Max and Rapoport, Elia teamed up with Peter Beck, who had been involved in Yesterday’s and the Plum Room, to open H2O, which featured Mediterranean cuisine on the Fort Lauderdale strip. “We did a killer business there,” Elia says. “A thousand people on a Saturday night.”

However, Elia was still determined to be on his own. He opened Casa D’Angelo in 1997 on North Federal Highway, a couple of blocks north of Sunrise. It wasn’t a prime location like the beach or Las Olas Boulevard, but Elia was successful at increasing the size from 2,000 to 5,000 square feet. The menu focuses on fine Italian dining with homemade pasta and includes hearty fare such as veal chops with Gorgonzola. It has received Florida Trend’s Golden Spoon Award the last 13 years.

Elia is a detail-oriented entrepreneur. During a tour of Casa D’Angelo’s kitchen in Fort Lauderdale, he picks up a saute pan and shows how it has been cleaned to a silvery patina and points out how meat, fish and vegetables are separated into different coolers to avoid cross-contamination. He’s also not afraid to get in the thick of things, saying how he worked the line the previous night so his chef could have the night off.

He likes to be involved in ordering, whether it’s mussels from Washington state or sushi-grade tuna from Hawaii. He’s constantly tweaking the menu, striving to keep up with the latest trends, and has a daily meeting with staff from 4:30 to 5:30 p.m. to discuss the specials and make sure everything in the restaurant is ready from the tablecloths to the wine glasses. Some of the same servers have been with him 18 years.

Elia also has a passion for wine. Wine Spectator has given the restaurant its Two Glass Award each year since 2005. Elia says he has almost 18,000 bottles of wine and 1,200 wines on the wine list – about 60 percent are Italian and 25 percent are Californian. He also has a partnership in the Jankara vineyard in Sardinia, which makes about 6,000 cases of wine a year from the Vermentino grape variety.

The Casa D’Angelo concept spread to Paradise Island in 2003 after a friend offered a great space and exclusivity to be the only Italian restaurant. Elia says he launched the pizza, bar, tapas concept in 2010 because all the great chefs have a casual restaurant concept and they are easier to expand.

A lot of people said his first pizza and tapas location, just up Federal Highway, was too close to his original restaurant, but it has turned out well, Elia says, even though the restaurant business in general presents challenges to making money these days. The insurance provisions of Obamacare are one factor – he didn’t want to change a bunch of his 400 employees to under 30 hours a week – and the cost of quality ingredients is expensive. For example, sea bass can run $24 a pound; dinners are priced at $35, which doesn’t leave much of a margin. “Money is important at some point, but I love doing what I’m doing. I love dealing with the people that come in,” Elia says.

He’s in the process of planning four more locations: Casa D’Angelo will open a location on Sunset Drive in South Miami late this summer; a casual restaurant will open in Doral’s CityPlace in November; a new concept, Angelo Elia Bakery Bar, will open in May or June in the former Le Chef space at 2104 E. Oakland Park Boulevard; and another casual restaurant is set to open in 2017 in the SoLe Miami project, which is being developed by the Soffer family and the LeFrak Organization.

To be successful, Elia still follows the best advice he was ever given: “Work hard, be honest, and treat everyone the way you would like to be treated.”

Angelo Elia is one of three business leaders being inducted into the 2016 class of the Entrepreneur Hall of Fame, the highest honor of Nova Southeastern University’s Huizenga College of Business. The other entrepreneurs being inducted are Steven W. Hudson and Roger Penske.

Since 1997, Hudson has served as CEO of Hudson Capital Group, which invests and manages money in private equity, startups and real estate. HCG has developed over 3,000 apartments and condo units in Fort Lauderdale, Naples, Sarasota, Tampa, Orlando and Dallas. It also owns and manages warehouses, retail centers and office buildings in South Florida. In 2008, Hudson bought Fort Lauderdale’s waterfront Bimini Boatyard Bar & Grill, which in 2013 was transformed into the Boatyard concept.

Penske is the founder and chairman of Penske Corporation, whose subsidiaries are involved in automotive retailing, truck leasing, transportation logistics, transportation component manufacturing and motorsports. The company has revenues in excess of
$25 billion, operating in over 3,300 locations and employing over 50,000. Team Penske has produced 424 major race wins, 487 pole positions and 28 national championships.

For more information on the Entrepreneur Hall of Fame, visit business.nova.edu/EHoF/hof.html.