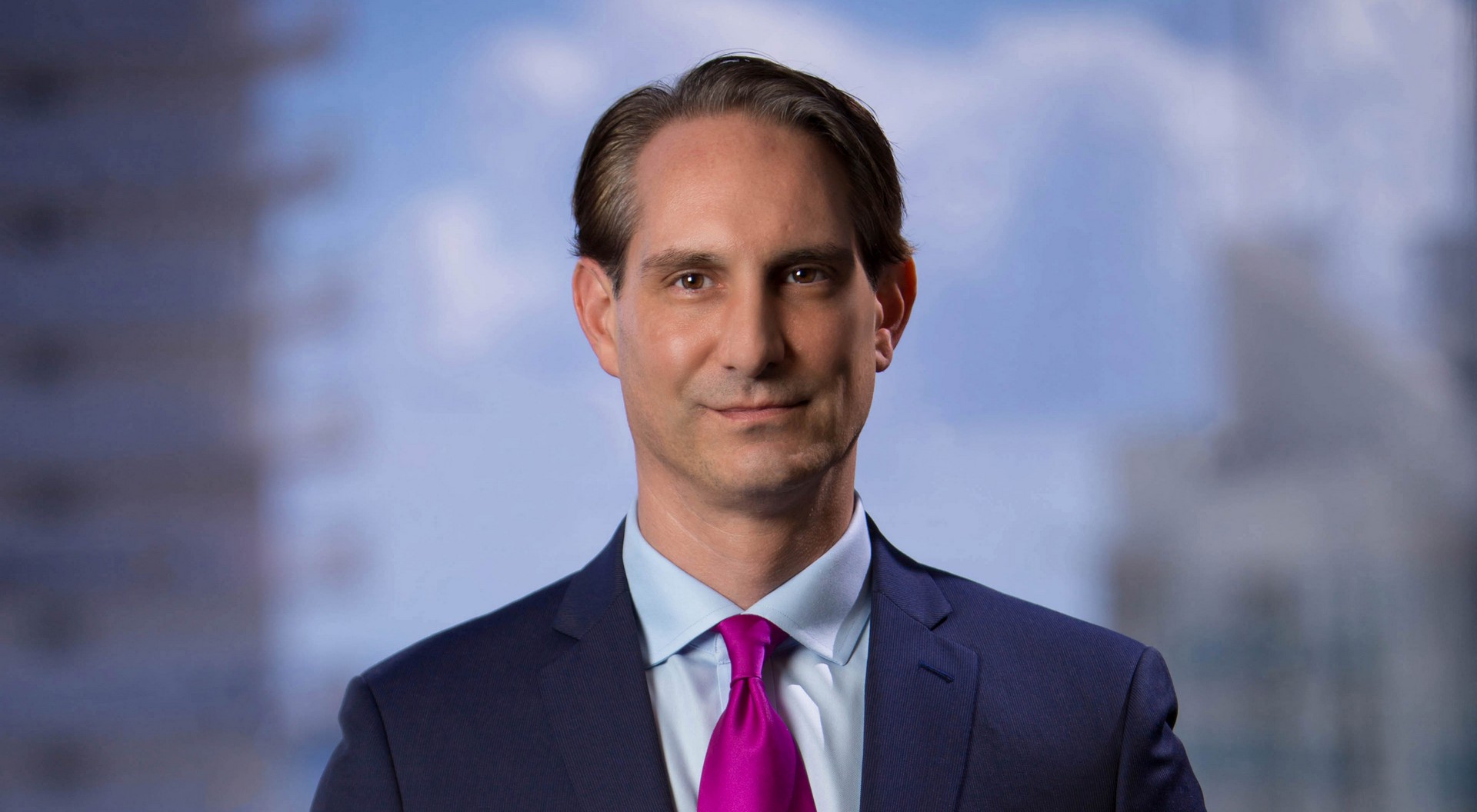 The Wisdom of Solomon

Attorney Ben Solomon says he doesn’t have a crystal ball when it comes to the South Florida condo market’s future, but he seems to have no shortage of insight.

Solomon is managing director of Association Law Group (ALG), which has helped shape state law in representation of condominium associations, and he’s a senior partner at Solomon & Furshman, which represents some of the biggest development names in the region.

Solomon, who works with 18 attorneys, is literally in the epicenter of the condo boom, not only with his array of clients, but in his penthouse office at 1200 Brickell Avenue, where construction cranes are abundant outside his windows.

Earlier in his career, during the big boom before the recession, Solomon worked at the law firms Duane Morris and Stroock & Stroock & Lavan, representing developers such as Lennar. He remembers clients who would call saying projects that went on sale just two days earlier were sold out. Later on, some of those clients would go from “driving Ferraris and popping Champagne corks” to turning in their keys to lenders, Solomon says.

Solomon and partner Michael Furshman opened Solomon & Furshman in 2005, perceiving an opportunity to do title work at rates below what large law firms were charging. They emphasized quality of service and rapidly grew to having 88 developer clients and doing 100 closings a month. After seeing competitors get the association side of work from the developers they represented, Solomon and Furshman saw an opportunity to open Association Law Group as a separate practice. They also didn’t like how a lot of law firms for associations would file frivolous construction defect demand letters, which could have been more easily solved by approaching the developers directly. Many associations wasted money on legal fees.

During the recession, ALG came up with the idea of deferring legal fees for condo associations until money was collected. It has since represented 500 associations and closed 25,000 collection cases.

In 2010, ALG helped spur creation of the rent demand law that allowed associations to seek money straight from renters, or evict them, so absentee landlords couldn’t milk the rental income stream and thumb their nose at maintenance fees.

After seeing about 70 of their 80 developer clients go out of business during the recession, Solomon and Furshman have been able to ride the current development wave as they finish up some of the recession-era issues for associations.

Solomon is also corporate counsel for the Miami Association of Realtors and the general counsel and incoming president of the Builders Association of South Florida.

So what is this plugged-in lawyer’s perspective on the market? Solomon says he’s not expecting a repeat of the 2008 condo crash, partly because foreign cash buyers, including institutions, have been king in recent years. However, buyers from places such as Brazil, Venezuela and Argentina are propping up the market a bit and bring their own challenges as a hot market cools.

Many foreign owners may be surprised with how the U.S. lien and foreclosure process works, he adds. In many foreign markets, they turn off the utilities and then the owners catch up.

Solomon also notes that leasing rates could fall under pressure since foreign investors are often parking money and not looking at the rates of return on capital. Opportunistic renters may realize the price of a unit has fallen from $2,700 to $2,000 a month, which hurts unit values.

Associations are also encountering breached leasing restrictions, such as tenants being snuck in without approvals or units being offered on Airbnb.com. “People are hosting people in Miami like they are a concierge,” he says.

There’s also the question of how much absentee landlords will be willing to invest in keeping buildings up to par. Solomon says he’s concerned about buildings where 50 or 60 percent of units are rented out.

While prices are close to pre-recession levels, Solomon is struck by variations in a small geographic area. Some units go for $3,000 per square feet on South Beach or $2,000 on Fisher Island, but the price drops to $400 to $500 a square foot on Miami Beach’s West Avenue or $400 downtown. “It’s so drastic, you kind of wonder about that,” he says.

When asked about the overall market, Solomon says he’s hoping for another good two to three years for developers, but adds, “If you haven’t even got started, you might be late to the party.”

For example, Solomon lives near the former headquarters of the Miami Herald and notes that it has been covered with turf, which makes him wonder whether Genting Group will start anything this cycle. (Genting has been quiet about plans since the legislature failed to approve gambling on the site.)

For now, the Edgewater and Wynwood neighborhoods north of downtown are on fire with development, he says, including multiple projects by Related Group. The advantages are a waterfront location near museums and the Adrienne Arsht Center for the Performing Arts and reasonable prices.

Even in one of Miami’s traditionally poorest neighborhoods, Overtown, Solomon sees development creeping in block by block.