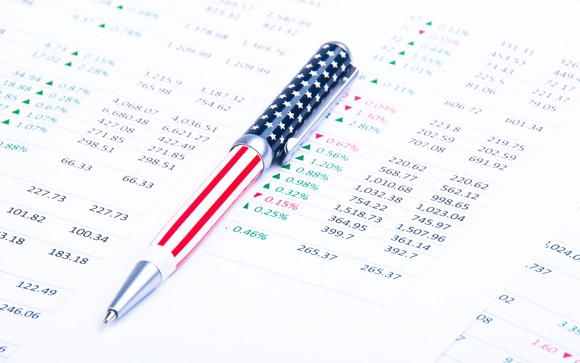 These 2 Publicly Traded Companies Have Better Credit Ratings Than the U.S. Government

In 1980, 60 companies had AAA credit ratings. Today, only these two remain.

For decades, there have been few phrases more powerful than “the full faith and credit of the United States.” This phrase represents the pledge of the U.S. government to honor its debts, a promise backed by the biggest economy in the world.

But things aren’t what they used to be. After decades of rating the U.S. government’s credit a perfect “AAA,” esteemed ratings agency Standard & Poor’s downgraded the U.S. by one notch to “AA+” in 2011. The downgrade resulted from uncertainty about Congress’ ability at the time to come to a debt ceiling agreement, as well as the growing doubt that Congress could stymie the precipitous rise in our national debt. Of course, a AA+ credit rating is still exceptionally good, and you have no reason to lose any sleep if you’re holding U.S. government debt. But when push comes to shove, the U.S.’ credit rating is no longer pristine.

These companies have better credit ratings than the U.S. government

In 1980 there were 60 companies rated AAA, but over the past 36 years most have lost their perfect credit rating. In April, oil giant ExxonMobil (NYSE:XOM) lost the AAA grade it had kept for 67 years due to falling oil prices and rising debt levels. Still, two companies remain AAA, which means they’re the only two publicly listed companies with more trustworthy credit ratings, in the eyes of S&P, than the U.S. government.

Healthcare conglomerate Johnson & Johnson (NYSE:JNJ) is one company that still boasts the AAA credit rating, implying S&P’s utmost faith that it will be able to meet its debt obligations over the long run. There are probably a handful of reasons S&P feels this way about J&J. 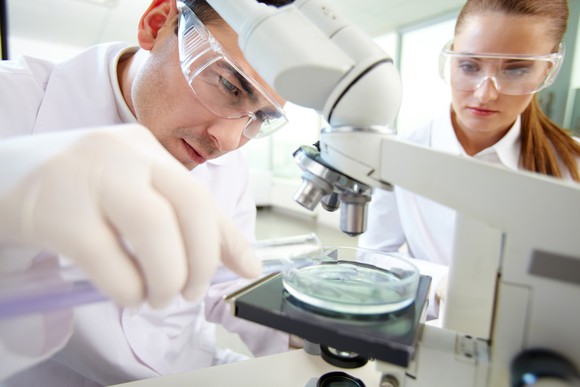 For starters, Johnson & Johnson’s business model is mostly inelastic. The company, which is actually comprised of 250-plus subsidiaries, is split into three operating segments: consumer health, medical devices, and pharmaceuticals. Because people will always need medical care now and then, healthcare companies like J&J have a pretty predictable amount of business from one year to the next. Even its consumer health segment generates somewhat predictable cash flow, and many of its products perform well in weaker economic growth environments.

Secondly, J&J has exceptional growth prospects, given its deep pharmaceutical pipeline. Medical devices and consumer health are generally lower-margin businesses; branded-drug pricing power accounts for the bounty of J&J’s healthy margins. Johnson & Johnson announced plans in 2015 to file new drug applications for 10 prospective blockbuster drugs by 2019. This is after bringing 14 novel therapies to market between 2009 and mid-2014, half of which reached at least $1 billion in annual sales. With growth stories like blood cancer drug Imbruvica and type 2 diabetes drug Invokana, J&J’s pharmaceutical segment should be a source of strength for years to come.

J&J also has a long-tail growth-driver in its medical device segment. Medical devices can be a highly competitive industry, and margins can be pressured, as constant innovation creates an almost commoditized effect on prices. However, Johnson & Johnson has numbers on its side. Between 2012 and 2050 the number of elderly Americans in the U.S. is expected to nearly double to 83.7 million, according to the U.S. Census Bureau. This is a growing opportunity for J&J’s medical device business.

Johnson & Johnson currently has $40 billion in cash and cash equivalents compared to $23.6 billion in debt, and it’s capable of generating between $14 billion and $16 billion in free cash flow each year. It’s definitely a company worthy of a AAA credit rating — and one investors can safely trust in their portfolios.

The only other publicly traded company with a perfect AAA rating is software giantMicrosoft (NASDAQ:MSFT). Yet this rare holdout’s perfect rating is currently under review and in danger of being downgraded after the company announced its purchase ofLinkedIn (NYSE:LNKD) for $26.2 billion in June.

Microsoft’s acquisition of professional social networking website LinkedIn was spurred by Microsoft’s desire to combine its prowess in the cloud with LinkedIn’s professional networks. Essentially, Microsoft will intertwine its Windows Office programs with LinkedIn’s networks to connect workers in new and innovative ways. While the deal could quickly boost Microsoft’s growth rate, it’s being financed entirely by debt, which is expected to push Microsoft’s debt-to-EBITDA up to as high as two. That alone could cause Microsoft to lose its AAA rating.

However, if S&P decides to maintain Microsoft’s current credit rating, the decision would also be well-justified.

To begin with, Microsoft’s Windows operating system’s market share was slightly higher than 89% as of April 2016, per Net Applications. Granted, that’s actually the lowestMicrosoft’s OS market share has been in years, but Microsoft nevertheless remains the dominant OS for desktop and laptop users. Therefore it’s likely to retain significant pricing power, which will allow it to drive growth for years to come.

Cloud computing is another source of long-term growth for Microsoft. The company’s recently reported fourth-quarter results highlighted 108% operational growth in revenue from Azure, the company’s enterprise-based cloud-computing platform. With global cloud growth expected to remain in the double digits for years to come, Microsoft should be able to reap rapid growth while integrating LinkedIn into its cloud growth strategy.

Since 2010, Microsoft has generated between $22 billion and $29 billion in annual free cash flow, meaning it should have little trouble meeting its debt obligations. With $113 billion in cash and $54 billion in debt as of the end of the latest quarter, Microsoft gives investors little reason to lose sleep.

10 stocks we like better than Microsoft
When investing geniuses David and Tom Gardner have a stock tip, it can pay to listen. After all, the newsletter they have run for over a decade, Motley Fool Stock Advisor, has nearly tripled the market.*

David and Tom just revealed what they believe are the ten best stocks for investors to buy right now… and Microsoft wasn’t one of them! That’s right — they think these 10 stocks are even better buys.

The Motley Fool owns shares of and recommends Johnson and Johnson. It also owns shares of ExxonMobil, LinkedIn, and Microsoft. Try any of our Foolish newsletter services free for 30 days. We Fools may not all hold the same opinions, but we all believe that considering a diverse range of insightsmakes us better investors. The Motley Fool has a disclosure policy.