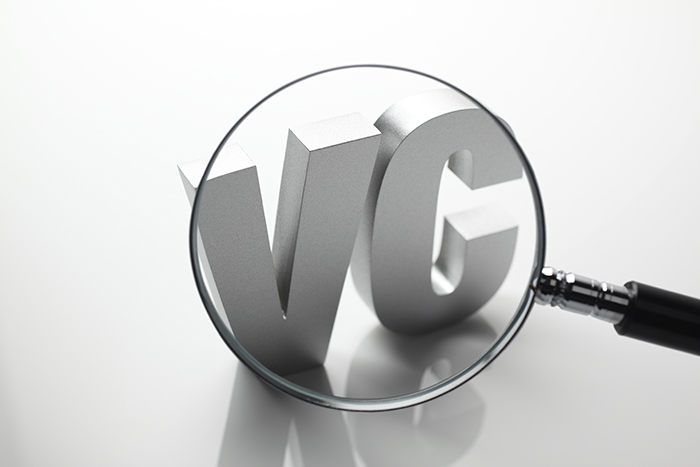 The expansion of Athenian Venture Partners into South Florida shows how the region is building a venture capital ecosystem, although it’s a long way from being Boston or Austin.

Karl Elderkin, Athenian founder and managing partner, has had a South Florida home for 16 years, but initially never did business here. After his controller moved to the area about 10 years ago, he started spending more time at the Fort Lauderdale office and eventually built up the contacts to start looking for deals. The last fund Athenian raised did due diligence on a half-dozen companies around the state and ended up investing in Prioria Robotics, whose composite drones feature technology developed at the University of Florida; the U.S. military is among its customers.

“We are seeing a lot of opportunity in Florida and we are expecting some Florida deals and South Florida deals,” he says.

January is a key month in VC throughout the state with the Florida Venture Forum’s annual capital conference. To get a pulse on the general state of VC, SFBW talked with Kevin Burgoyne, president of the Florida Venture Forum; David Bates, chairman of the Gold Coast Venture Capital Association (GCVCA); and Bob White, who is co-chairman of the technologies and emerging companies practice for the Gunster law firm.

While White sees a lot of improvement in the local VC scene, one of his concerns is investors looking for larger deals. An investment of $6 million would be typical, but, “What if you and I are starting a company and need $1 million?” he posits.

One possible solution is tapping into the connections and expertise of the region’s wealthy residents or executives. The most prominent example is John Sculley, former CEO of Apple and Pepsi, who is chairman of 3Cinteractive in Boca Raton and vice chairman of MDLive in Sunrise, which raised $50 million in June. “We are starting to be able to tap that money, but it’s not able to fill the whole bill,” White says. “We have to make the connections or people will move to California, Boston or Austin.”

Bates, who is also co-chairman of the entrepreneurial and emerging companies practice at Gunster, notes that Bidtellect of Delray Beach raised $22.35 million; the company is in the hot space of native programmatic advertising, which makes advertising that seems like a natural fit to viewers. He adds that Sonavation, a Palm Beach Gardens company that has developed biometric fingerprint sensor technology, raised $6 million in the third quarter, according to the MoneyTree Report.

When VCs come down to see the companies they have funded, they also visit other companies, Bates says. “That also allows you to tell the story that you don’t want to miss the next Modernizing Medicine. For clients, it’s a great time to be raising money. We are seeing more people wanting to invest in deals in South Florida.”

The GCVCA recently had several hundred attendees for its annual Meet the Angels investors event. “As we increase the concentration of investable companies, venture capitalists will spend more time down here and open more offices,” Bates says. “As you see more and more companies in the Boca Raton area, West Palm Beach and Broward County get funded, there are more reasons for them to come down here.”

The GCVCA’s annual expo for entrepreneurs looking for capital has been rebranded into Sup-X: The StartUp Expo with the goal of attracting more attendees nationally. The February expo is being led by GCVCA President Bob Fitts, who is also CEO of Trident Global LLC, which helps small- and middle-market companies improve their performance.

Before that event, the Florida Venture Forum will have its 25th Venture Capital Conference in St. Petersburg. The 2015 event attracted more than 500 attendees. One of the key aspects of the conference is to showcase 20 to 25 later-stage high-growth companies before investors. The list of presenters will be unveiled by early January. Presenting companies have raised an estimated $3 billion over the course of the event’s history.

An invitation-only investor social will be held on the opening night of the conference. Among the panel discussions this year will be one featuring family offices, which are increasingly important as direct investors and co-investors with VCs and as limited partners in VC funds, Burgoyne says.

A second panel will look at strategic investors, which are typically corporations that have arms that invest in venture stage companies. Citrix Systems and Florida Blue will have representatives.

Another panel will provide an overview of the state of the VC industry. “We’re trying to include investors who are Florida-based or cover Florida from elsewhere, as well as some people from Silicon Valley or the Northeast who may have one or two Florida investments,” Burgoyne says. “We want to provide a good view of what the trends are here and nationally.”

Burgoyne, who has lived in Miami Beach since 1999, says the state is doing a much better job of nurturing and providing an ecosystem for startup companies, with facilities such as Venture Hive and The LAB Miami. “It wasn’t too long ago that if you were staring a company in South Florida, you were sitting at a Starbucks by yourself. Now, there are so many places to got and get world-class advisement, help and nurturing,” he says.

The state has also improved its education system and done a much better job of promoting success stories, Burgoyne says. “That increasingly has put South Florida and Florida in general on the map of investors and young people who want to come to a city and start a business. Once the machine starts going, you get an influx of talent from other places that hear about everything that is happening.” The state is also doing a better job of growing talent; for instance, universities are turning out great programmers, he says.

Elderkin sees Florida going through the same sort of transition that he saw in Ohio. (Athenian derived its name from starting out in Athens, Ohio, and launched its first fund in 1997.) “Back then, Ohio didn’t have much to offer and we were doing deals coast to coast,” he says. Athenian started doing deals in Ohio in 2000 and now that’s one of its largest sources.

Elderkin is on the board of the Florida Institute of Research and Commercialization, which helps bring concepts developed by universities into the marketplace. “Florida universities are much more engaged in the process than they were 15 years ago,” he says.

Elderkin is happy to see more VCs in the market. “It’s hard to be the only VC in the market,” he says. “You like to have partners you can share deal flow and work on deal flow with.”

Jeff Toewe, who is a principal with Athenian, expects to see opportunities crop up around Scripps Florida and the Max Planck Florida Institute for Neuroscience, which will further fuel the ecosystem. There’s also a strong talent pool in the wireless field stemming from Motorola’s operations in Plantation, says Toewe, who once worked for AT&T Wireless.

Modernizing Medicine and Miami’s CareCloud, which has raised $55 million in venture capital, are giving the market visibility in the health care IT field. A lot of the capital for that has been coming from out of state, Toewe says, “But we plan to fix that.” ?

The is the first of three 2016 SFBW sections called Growth Mode. A February section will focus on Sup-X: The Start-Up Expo and a March section will look at technology startups and the eMerge Americas technology conference.