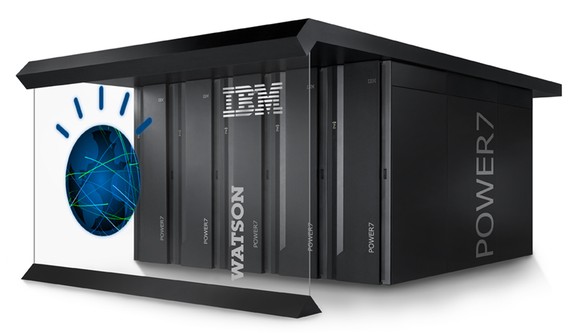 Warren Buffett Just Made a $1.2 Billion Flip-Flop — and We Shouldn’t Be Surprised

The Oracle of Omaha once again demonstrated that investing rules are rarely hard and fast.

If there’s one thing anyone who’s followed Warren Buffett over the years should realize, it’s that he’s hardly one to follow his own rules.

After decades of decrying the airline industry — Buffett once famously said, “If a capitalist had been present at Kitty Hawk back in the early 1900s, he should have shot Orville Wright. He would have saved his progeny money” — Warren Buffett’s Berkshire Hathaway (NYSE:BRK-B) (NYSE:BRK-A) recently invested $1.2 billion in not one, but three airlines: American Airlines Group, Delta Air Lines, and United Continental Holdings.

Buffett has a long history of saying one thing, only to act in a very contrary way down the road — actions that would have him branded the worst kind of flip-flopper, were he a politician. In reality, it’s another reminder that Buffett’s mental flexibility and temperament continue to set him apart. Let’s take a closer look at Buffett’s “flip-flopper” history and see what lessons it provides.

In the late 1990s, plenty of financial pundits were convinced Warren Buffett had lost his touch, watching as he sat on the sidelines of the dot-com boom. During the peak of the dot-com mania, from late 1998 through March 2000, the Nasdaq Composite more than doubled while Berkshire shares lost value: 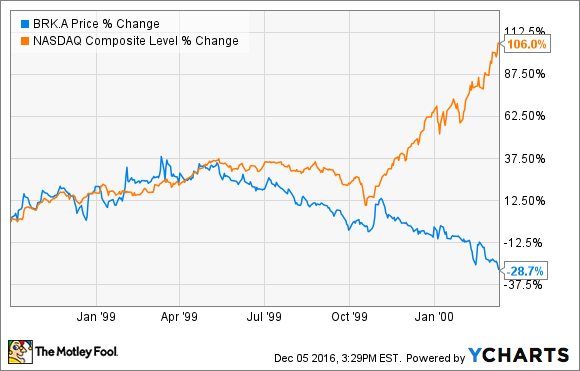 The next couple of years would look very different, and Buffett would (again) look like a genius, with the Nasdaq falling 69% while Berkshire shares went up 63%. Millions of people lost billions of dollars; many never really recovered. Berkshire’s shareholders came out of the insanity stronger than ever.

Fast-forward to 2011, and Warren Buffett again caught the investing world off-guard, investing $11 billion in tech giant International Business Machines. And while those shares in IBM have almost certainly lost value since Buffett’s initial investment, Berkshire’s stake in the company has only grown. According to SEC filings, Berkshire now owns 81.2 million IBM shares, an 8.5% stake in that company; they are worth $13 billion, or about 10% of Berkshire’s common stock holdings. More recently, another tech giant has shown up in the Berkshire portfolio: Apple. What’s changed? It gets back to what Buffett has always said about how he invests, in that he stays within his “circle of competence” and avoids investments that he doesn’t understand or know how to value. He also looks for companies that generate steady, regular profits — something that very few dot-com darlings were able to do.

And while there’s plenty of reason to question both IBM’s and Apple’s future abilities to generate the big profits they have produced in the past, what has changed is Buffett’s understanding of the business. Buffett never said he wouldn’t buy a tech stock — just that he wouldn’t buy anything he didn’t understand or couldn’t value, something that changed with IBM.

Using stock for acquisitions: In his 2009 letter to shareholders, Buffett wrote about how issuing stock for acquisitions was a no-go: “The reason for our distaste is simple. If we wouldn’t dream of selling Berkshire in its entirety at the current market price, why in the world should we ‘sell’ a significant part of the company at that same inadequate price by issuing our stock in a merger?”

A funny thing happened that year. Berkshire made a deal to buy BNSF railways, and paid for it in large part with — you guessed it — Berkshire stock: a 6% increase in shares outstanding, to be exact.

Splitting Berkshire stock: Buffett resisted splitting Berkshire shares for years, as he considered Berkshire’s high stock price a good thing: it kept investors looking for a quick profit on a small investment out of the stock. He once told author Alice Schroeder, “I don’t want anybody buying Berkshire thinking that they can make a lot of money fast. They’re not going to do it, in the first place. And some of them will blame themselves, and some of them will blame me. They’ll all be disappointed. I don’t want disappointed people.”

However, the threat of fund managers creating funds offering partial stakes in Berkshire’s shares — for a management fee — led to Buffett making the call to issue the now-popular “B” shares in the late 1990s, valued at 1/30th of the “A” shares and trading around $1,000 at issue.

While this wasn’t a “split,” per se, it opened the door for one. When the BNSF deal was set to close in early 2010, Berkshire’s “B” shares were trading for around $3,500, more than the total value of many BNSF investors’ total positions in that company. In order to accommodate those shareholders, Berkshire split its “B” shares 50-for-1, dropping the per-share price to around $70.

In both cases above, it came down to value. Here’s what Buffett wrote in his 2009 letter to shareholders:

In the end, Charlie (Munger) and I decided that the disadvantage of paying 30% of the price through stock was offset by the opportunity the acquisition gave us to deploy $22 billion of cash in a business we understood and liked for the long term. … But the final decision was a close one. If we had needed to use more stock to make the acquisition, it would in fact have made no sense. We would have then been giving up more than we were getting.

So far, it’s worked out quite well; since being acquired, BNSF has generated $22.4 billion in net income.

Things change. What do you do?

Buffett’s investing ideals aren’t axioms, but more like “pirate code” (that is to say, guidelines). On the contrary, he tends to only follow a few things unwaveringly. He’s also not one to say he’ll never do something, instead describing why he hasn’t or doesn’t; that’s a very different thing.

Maybe the best way to describe Buffett’s approach is with a quote from the great economist John Maynard Keynes after he was accused of “flip-flopping” on monetary policy: “When my information changes, I alter my conclusions. What do you do, sir?”

It’s pretty clear what Buffett does. What do you do?