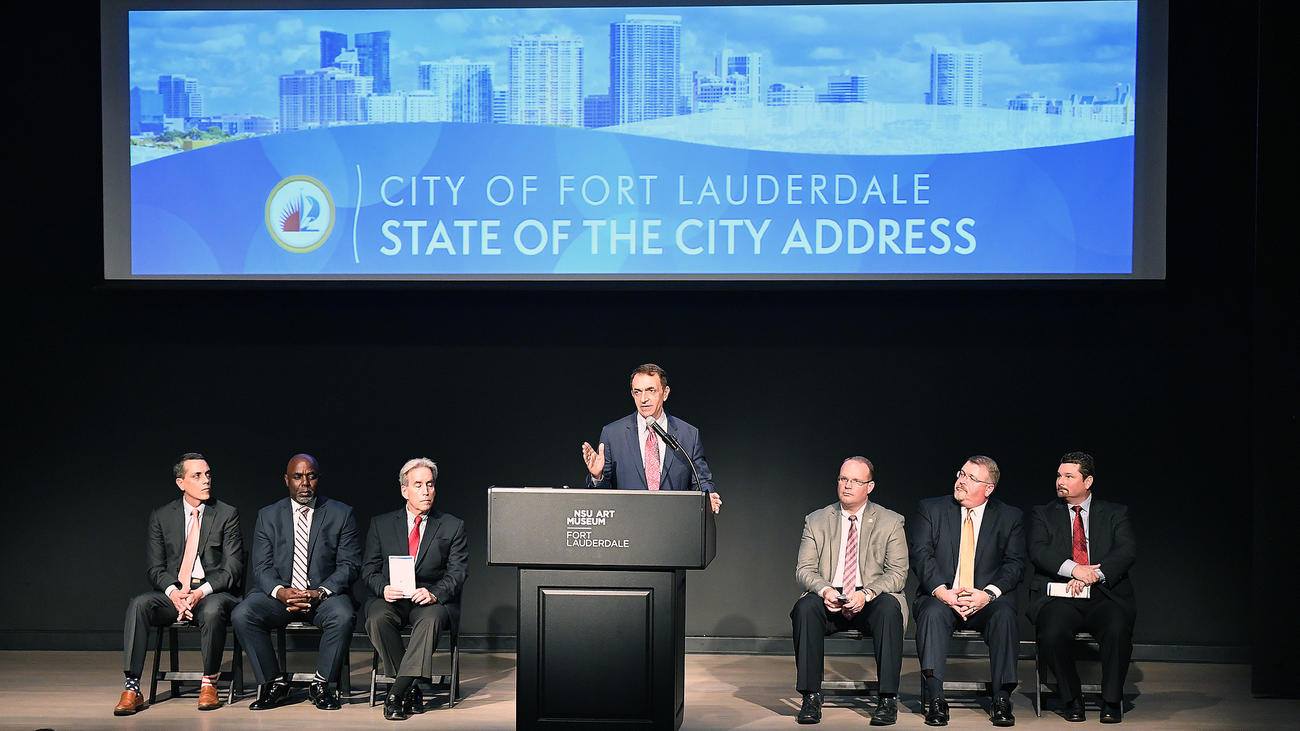 Parks, golf courses, boat ramps, marinas and pools in multi-family developments will start to reopen on Wednesday in South Florida as standards for a further reopening of the economy are also under development.

However, beaches will remain closed for now and social distancing will be required in outdoor places that reopen.

Miami-Dade County will open its parks on Wednesday, but Mayor Carlos Gimenez said cities can keep their parks closed if they want or implement, more strict rules, according to the Sun-Sentinel.

Effective April 28, 2020 at 11:59 p.m. Miami ordered the extension of the current closure of all city parks, pools, recreational facilities, beaches, and marinas until further notice.

The order applies to both publicly and privately owned facilities within City of Miami limits.

The order does not apply to parks, beaches, pools and recreational facilities under the jurisdiction of the state and the federal government.

The Miami Herald earlier reported that city of Miami parks will remain closed. Gimenez said county park restrictions include one-way walking on trails and no organized sports with contact.

Gov. Ron DeSantis has a reopening task force and is inviting public comment. During an appearance with President Trump on Tuesday, DeSantis indicated he would unveil a plan on Wednesday and would take a measured approach.

Georgia appears to be the most aggressive state with reopenings of hair and nail salons, gyms, bowling alleys, tattoo studios, massage therapists, theaters and restaurants. Major car manufacturers are hoping to reopen factories on May 18, MarketWatch reported.

A mayor’s working group in Fort Lauderdale is providing insight into what a broader phase one reopening of the economy might look like. 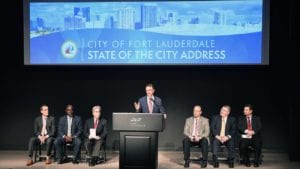 The statewide stay-at-home order is scheduled to expire April 30 and Gov. Ron DeSantis said Sunday that he would have an announcement soon about reopening businesses.

Both the Fort Lauderdale group and the governor have mentioned trying to follow guidelines from the CDC and the White House about when it’s time to have a phase one reopening. The Fort Lauderdale mayor’s group lists 23 members with representation of the city’s key industries.

The Fort Lauderdale plan, outlined in a 24-page PDF, relies on CDC guidelines. It may hint at what will happen throughout South Florida, since many leaders say they want a regional approach to reopening. For example, they don’t want people to flock to beaches open in one county if a neighboring county hasn’t opened its beaches.

The mayor’s group relies on several key CDC guidelines on what to look for before reopening:

To help meet that, there are plans to open a testing site in Holiday Park and begin in-home testing for at-risk individuals. The city and county are also working to get and distribute more testing kits.

There were some notes of caution in the working group’s PDF presentation about starting phase one, including April 23 showing peak new positive test results statewide and one of the highest number of new infections recorded in Broward County.

It’s possible the governor’s upcoming plans could include flexibility in local reopenings based on metrics in their areas. Some rural counties, for example, have relatively low incidences of coronavirus compared with South Florida, which leads the state in cases.

Phase One at workplaces would hardly look like work life before the coronavirus emerged.

Telework would still be encouraged and employees would wear masks when they are within six feet of each other. Employee common areas would remain closed. Employers would need to conduct health checks. More intense cleaning and hand-sanitizing supplies would be needed.

If possible, employees would come back to work in phases instead of all at once.

Some employers might have to consider risks among their staffers, since vulnerable individuals should continue to shelter in place under phase one. (Those over 65 and with health issues are among those who have been hardest hit by the coronavirus.)

One of the general guidelines discourages non-essential travel, which would impact both business meetings and personal activity.

Receptions and trade shows wouldn’t be appropriate since socializing in groups of more than 10 people is discouraged.
Employers could find their workers are still struggling to care for their children since schools and day care facilities that are currently closed would remain closed.

Businesses would need to have hand sanitizer at the ready.

Large venues such as sit-down dining, sporting venues and places of worship would be allowed to open under six-foot social distancing.

The report envisions restaurants open at 50 percent of their legal capacity with an emphasis on outdoor dining. Las Olas Boulevard in the city’s downtown might be closed at times to help with this. Restaurant diners wouldn’t be admitted unless they agree to have their temperature taken. Staffers would wear masks. Buffets would stay closed.

Theaters, nightclubs, bars, social halls and bowling centers would remain closed, one part of the report says, although another says theaters could reopen with social distancing.

Hair salons, barbers and nail salons could reopen, but employees and patrons would have to wear face masks and workers would also have to wear gloves.

Hotels could reopen, but guests and staffers would have to have their temperatures taken. Elevators would be limited to four passengers.

Gyms could reopen with social distancing, one member for every 200 square feet, temperature taking and a host of other rules regarding sanitation. Showers would be closed except those swimming in a pool would have to take a shower beforehand.

Beaches wouldn’t be open for sunbathing or groups initially, but walking, jogging and swimming would be allowed with social distancing.

Parks would open for passive uses only with face masks worn except while exercising. Amenities like playgrounds, dog parks, campgrounds and basketball courts would still be closed.

Boat ramps would open from 6 a.m. to 8 p.m. with careful separation of boats when launching and a prohibition of rafting boats together or hanging out on sandbars, which is where some boaters like to party.

Golf courses could reopen with social distancing and one player per cart. The hole cups might be raised an inch with a ball hitting it considered to be in the hole.

Condo pools and gyms could reopen with social distancing and hand sanitizing at the ready.