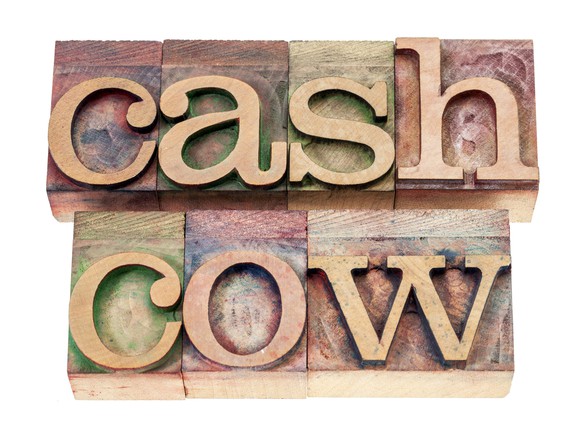 These companies are drowning in cash.

The best businesses churn out cash faster than it can be used. Plenty of free cash flow (FCF) — the amount of cash from operating activities left over after capital investments are made — allows a company to invest in the future as well as return cash to shareholders. Dividends, buybacks, and acquisitions are all fueled by a company’s free cash flow.

What makes a company a cash cow? A high free cash flow margin (the percentage of revenue converted into FCF) and a high cash return on invested capital (how much FCF is generated from each dollar invested back into the business) usually indicate that a company is producing excessive amounts of cash. Here’s why Microsoft(NASDAQ:MSFT), Disney (NYSE:DIS), and Alphabet (NASDAQ:GOOG)(NASDAQ:GOOGL) are three top cash cows.

Moving to the cloud

The PC market may not be on fire, but Microsoft continues to produce impressive profits. During fiscal 2016, which ended in June, Microsoft generated $25 billion of free cash flow, driven by Windows, Office, and the company’s growing cloud-computing business. With revenue of $85.3 billion, that puts Microsoft’s free cash flow margin at an impressive 29.3%. 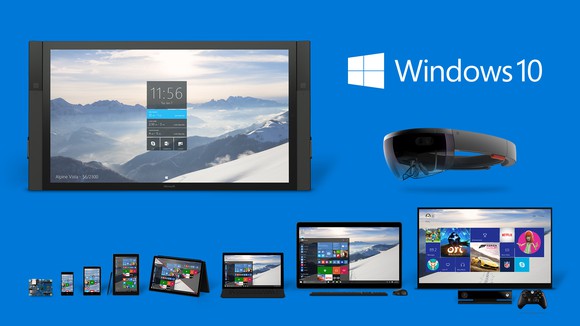 A quick look at the balance sheet shows that Microsoft doesn’t quite know what to do with all of this cash. Net of debt, the company had nearly $60 billion in cash collecting dust at the end of fiscal 2016, despite paying a dividend and funding expansive share buybacks.

Microsoft’s cash return on invested capital is also impressive, clocking in at 19.9%. The excess cash on the balance sheet weighs this number down, but it’s clear that cash invested back into the business generates an exceptional return.

Microsoft is aggressively transforming into a cloud computing company, shifting much of its software to a subscription model and rapidly growing its Azure cloud platform. Azure revenue is more than doubling each year, putting Microsoft in a strong No. 2 position behind Amazon.com‘s Web Services in the cloud infrastructure market. With the cloud business growing swiftly, Microsoft is making the necessary moves to retain its cash-cow status far into the future.

Alphabet, despite its size, continues to grow at a double-digit pace. Revenue surged 20% year over year during the latest quarter, driven entirely by Google. Other Bets, which includes all of the company’s other businesses and moonshots, remains a source of little revenue and substantial losses.

Google’s core advertising business drives incredible cash generation for the company. During the trailing-12-month period, Alphabet produced $23.5 billion of free cash flow on $85.5 billion of revenue. Free cash flow margin was an impressive 27.5%, nipping at the heels of Microsoft.

Alphabet also has a mountain of cash on its balance sheet, totaling $79 billion net of debt. Cash return on invested capital is 17%, a bit lower than that of Microsoft. Google doesn’t pay a dividend, but it did recently begin buying back its own shares. It certainly generates enough cash to return substantially more to shareholders in the future.

Alphabet is showing no sign of slowing down, with its core Google business driving its results. Even if none of its moonshots work out, the company remains one of the biggest cash cows around.

One of Disney’s biggest cash-cow businesses, cable sports network ESPN, is facing an uncertain future, with a declining subscriber base and the ever-present threat of cord cutting. But the company remains an undisputed cash cow, with a broad set of business churning out billions each year. The company produced $8.4 billion of free cash flow in fiscal 2016 on $55.6 billion of revenue. That’s good for a free cash flow margin of about 15.1%.

About half of Disney’s operating income in 2016 came from its media networks, and about 87% of media network operating income came from cable networks. ESPN is the big hitter in that category, and its ongoing problems are a real concern. But other businesses are generating cash as well. Disney’s parks and resorts spit out $3.3 billion of operating income during 2016, with the movie business contributing $2.7 billion and consumer products adding another $2 billion.

Disney’s cash return on invested capital isn’t quite as impressive as Microsoft’s or Alphabet’s, coming in at a lower 12.5%. Still, Disney throws off enough cash to pay a decent dividend, spend billions on share buybacks, and fund acquisitions — like Marvel in 2009 and Lucasfilm in 2012 — that broaden its entertainment portfolio. ESPN represents a challenge, but Disney’s cash-cow status allows it to make the investments necessary to drive long-term growth.

10 stocks we like better than Walt Disney
When investing geniuses David and Tom Gardner have a stock tip, it can pay to listen. After all, the newsletter they have run for over a decade, Motley Fool Stock Advisor, has tripled the market.*

David and Tom just revealed what they believe are the ten best stocks for investors to buy right now… and Walt Disney wasn’t one of them! That’s right — they think these 10 stocks are even better buys.