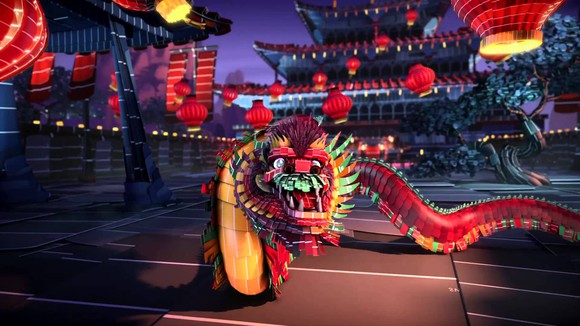 Find out which often-neglected companies might have the best prospects going forward.

Being a great investor requires finding the most promising companies in places where most people aren’t looking. Whether you choose companies in beaten-down industries, obscure stocks that fly under the radar, or well-known industry giants that are hiding in plain sight, the ability to identify investment opportunities that have what it takes to produce strong returns can make a huge difference in your investing results. Below, we take a look at Sherwin-Williams (NYSE:SHW), Kohl’s (NYSE:KSS), and Nucor (NYSE:NUE) as promising stocks that many people haven’t looked at closely.

Neha Chamaria (Sherwin-Williams Co.): Sherwin-Williams’ stock has lost almost 12% in the past three months, with much of the drop coming after the paint maker announced its third-quarter earnings on Oct. 25. It isn’t hard to see why: Sherwin-Williams’ sales and earnings per share grew only about 4% and 3% each year over year, missing analysts’ estimates. The company also downgraded its full-year earnings guidance.

Meanwhile, Sherwin-Williams might offer a small dividend yield of 1.3%, but investors can sleep well at night knowing it’s a Dividend Aristocrat that has raised its dividend for 37 consecutive years. Chances are, you wouldn’t want to overlook Sherwin-Williams anymore, especially after its recent drop.

A department store worth buying

Tim Green (Kohl’s Corp.): Shares of department store Kohl’s soared after the company reported its third-quarter results. While revenue and comparable sales continued to slump, there was plenty of good news. Per-share adjusted earnings grew, driven by a decline in operating expense and share buybacks, and CEO Kevin Mansell pointed to encouraging trends as the company enters the holiday season.

Kohl’s, like many retailers, is struggling to attract customers to its stores. This doesn’t seem to be a problem specific to Kohl’s, instead plaguing many of its peers as well, including Macy’s and Nordstrom. Kohl’s has been able to manage costs and inventory effectively, and its ample cash flow has fueled share buybacks that have knocked down the share count substantially. The company still expects to produce as much as $4 in adjusted earnings per share this year, putting the stock price at about 13 times earnings.

Kohl’s is no longer expanding its store base, but that doesn’t mean that it can’t be a good investment. Many investors have completely overlooked retailers, and department stores in general, due to widespread weakness. Kohl’s stock has been in a funk for more than a year, but the company has shown that it can maintain profitability despite weak sales. With a potentially solid holiday season ahead, Kohl’s is an overlooked stock to consider.

Dan Caplinger (Nucor): The steel industry got hit hard in recent years, and Nucor was among the many stocks in the industry that suffered as a result. A decline in the amount of construction and infrastructure activity worldwide, especially in formerly hot emerging-market economies like China, sent steel prices down sharply, and that led to falling revenue and difficulties in earning profits for many players in the steel industry.

However, Nucor has stood out in the steel industry because of its ability to remain profitable even when other steel producers were taking massive losses. Nucor’s electric arc technology distinguishes it from other players in the industry, many of which use blast furnaces that aren’t as easy to bring into and out of production when industry conditions warrant such changes. Nucor also has negotiated terms with its employees that many feel are more favorable than what other steelmakers face. Going forward, Nucor’s ability to use scrap metal rather than raw iron ore pellets will be an advantage when iron ore prices recover.

Nucor has quietly risen more than 50% so far in 2016, but it still pays a 2.5% dividend and has a track record of more than 40 years of consecutive dividend increases. For those who believe that industrial America is due for a bounce, Nucor looks like it’s in prime position to benefit.

10 stocks we like better than Kohls
When investing geniuses David and Tom Gardner have a stock tip, it can pay to listen. After all, the newsletter they have run for over a decade, Motley Fool Stock Advisor, has tripled the market.*

David and Tom just revealed what they believe are the ten best stocks for investors to buy right now… and Kohls wasn’t one of them! That’s right — they think these 10 stocks are even better buys.

Dan Caplinger has no position in any stocks mentioned. Neha Chamaria has no position in any stocks mentioned. Timothy Green owns shares of Kohl’s. The Motley Fool recommends Nucor and Sherwin-Williams. Try any of our Foolish newsletter services free for 30 days. We Fools may not all hold the same opinions, but we all believe that considering a diverse range of insights makes us better investors. The Motley Fool has a disclosure policy.