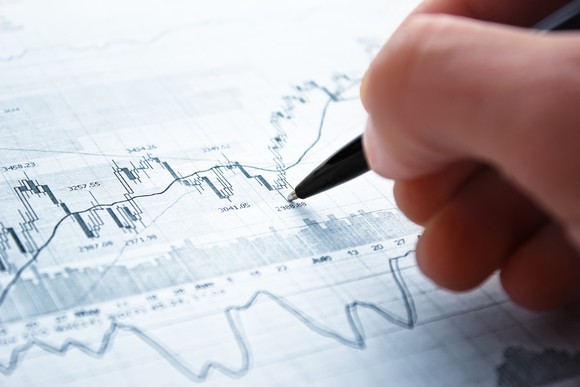 These stocks could be worth buying right now.

Although the stock market has a tendency to rise over the long term — and there’s plenty of data to back this up — investors and Wall Street nonetheless tend to get nervous when the stock market is valued at or near an all-time high. Fear of the next big drop tends to cause investors to stick to the sidelines when they should instead be on the hunt for the next top stock.

But what if you didn’t have to fear the next inevitable correction in the stock market? Sounds comforting, right? Then my suggestion would be to take a closer look at the following four top stocks, which all look poised to at least double their sales and profits by 2019.

Even with the stock market near an all-time high, it’s worth digging into active apparel and accessories giant Under Armour (NYSE:UA) (NYSE:UA-C).

Following the company’s second-quarter earnings results release in July, some investors harped on the fact that Under Armour didn’t surpass Wall Street’s profit expectation, assuming that competition was to blame. Unfortunately, those surface-scratchers ignored what was one of many stellar quarterly reports for Under Armour.

For the quarter, Under Armour reported net revenue growth of 28% from the prior-year quarter to $1 billion, although profits decreased year-over-year due to impairments from the Sports Authority liquidation. Despite this small blemish, apparel net revenue rose 19%, international sales jumped 72% on a currency-neutral basis, and direct-to-consumer sales grew 28% to $321 million.

What has made Under Armour such a force in retail? Look no further than its online sales, growing international presence, and push to collaborate with well-known athletes as brand ambassadors. Online sales accounted for a whopping 32% of total sales, more than double the percentage of total sales in 2008, meaning Under Armour is netting solid profits without the high overhead costs of maintaining brick-and-mortar stores. Internationally, the company has found success in brick-and-mortar locations by opening 60 new stores outside the U.S. year to date, and it will continue to expand in emerging markets hungry for brand-name merchandise. Finally, Under Armour is allying itself with top-notch athletes, including Steph Curry, who’s among the most popular athletes in the world.

You may have suspected that no list of top stocks with huge sales and profit growth would be complete without a drugmaker — and Ligand Pharmaceuticals (NASDAQ:LGND) is it.

However, Ligand Pharmaceuticals isn’t your run-of-the-mill drug developer. It’s not out to bring therapies from the discovery stage to pharmacy shelves over the course of 10 years. Instead, its purpose is to develop or buy the rights to intellectual property and royalties that are used in developing and marketed drugs. This allows Ligand to prosper off of the success of other drugmakers while maintaining relatively low overhead costs. According to the company’s most recent investor presentation, it tends to net between 3.5% and 4.5% as its average royalty. 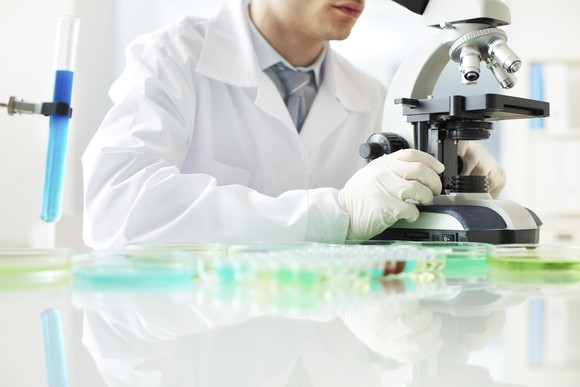 One of Ligand’s most popular royalty assets is its Captisol technology, which is designed to make drugs more soluble and stable. Two examples of strong-selling drugs using Captisol technology include schizophrenia drug Abilify and multiple myeloma drug Kyprolis.

Just as Under Armour has seen its direct-to-consumer segment flourish since 2008, the pipeline of products featuring Ligand’s technologies has jumped more than 15-fold from just nine developing drugs in 2008 to over 150 as of 2016. Similarly, there was just one approved product featuring Ligand’s technology on the market in 2008 compared to 13 today. If just some of these 150 drugs across 90-plus partners bear fruit, then Ligand could more than double its revenue in the coming years.

After reporting $71.9 million in sales and $3.37 in EPS in 2015, Ligand is on track to generate $271 million in sales by 2019 and $10.23 in EPS. Considering its low overhead costs and the vast number of therapies in development using its technology, this is a top stock worth your consideration.

Another top stock that could be a buy regardless of where the stock market heads next is social media giant Facebook (NASDAQ:FB), a company you may have heard a thing or two about before.

Sometimes the easiest thing to do as an investor is to buy the company with the biggest competitive advantages within its industry. Facebook is, unquestionably, the kingpin of social media, and its second-quarter results demonstrate this. Facebook ended Q2 2016 with 63% year-over-year sales growth despite only 33% total cost growth, while net income soared 186% to $2.1 billion. Monthly active users jumped to 1.71 billion, while mobile daily active users — the bread and butter of Facebook’s future — grew 22% to 1.03 billion as of June 2016.

Facebook’s data suggests that it continues to remain a relevant social site in the U.S. and in many countries around the globe. As long as Facebook can continue to attract more users on a sequential quarterly basis, it has every right to assume that advertisers will be willing to pay a higher price to gain access to Facebook’s user data and its billions of eyeballs.

What’s truly exciting about Facebook is that’s it has only touched the tip of the iceberg in terms of monetizing its assets. Only recently has it been working to emphasize its payments platform, and it has done veritably nothing yet with regard to monetizing Facebook Messenger, WhatsApp, and Instagram. You can rest assured that a long-term monetization plan exists, but Facebook’s social media success affords it the time to slow-play its hand.

We’ll end this list of top stocks to consider buying in the same way we began it — by dipping our toes into the retail sector, this time with e-commerce giant Amazon.com(NASDAQ:AMZN).

What Amazon does is nothing short of incredible, and it can largely be traced back to the company’s controversial strategy of reinvesting the vast majority of its cash flow and profits back into its business. Far too often we’ve seen e-commerce companies take the “revenue first” approach, only to see it fail. As for Amazon.com, it’s been nothing but a success.

According to data from Slice Intelligence, Amazon captured 41.2% of e-commerce market share between Jan. 2016 and April 2016. The second-place companies were Best Buy and Nordstrom with 2.7% market share each. I’ll go ahead and repeat that for those of you who might be skimming: Amazon’s early-year e-commerce market share of 41.2% was more than 14 times higher than the next-closest competitor! Based on Amazon’s Q2 report, its operating cash flow jumped 42% year over year to $12.7 billion, with $7.3 billion in free cash flow.

But the real story may not be the future of Amazon’s low-margin e-commerce business, or its millions of addicted Prime customers. Instead, Amazon’s future could lie with Amazon Web Services (AWS). AWS is a cloud-computing service for small- and medium-sized businesses, and the margins for cloud services are substantially higher than those of e-commerce sales. Over the trailing 12-month period, AWS contributed nearly $10 billion in sales, and it has the potential to handily outpace growth from e-commerce for years to come.

Before you buy a single share of Amazon.com, there’s something you should know…
Super-investors David and Tom Gardner just revealed the top 10 stocks to buy today – and Amazon.com wasn’t one of them!

The Motley Fool owns shares of and recommends Amazon.com, Facebook, Under Armour (A Shares), and Under Armour (C Shares). It also recommends Nordstrom. Try any of our Foolish newsletter services free for 30 days. We Fools may not all hold the same opinions, but we all believe that considering a diverse range of insights makes us better investors. The Motley Fool has a disclosure policy.