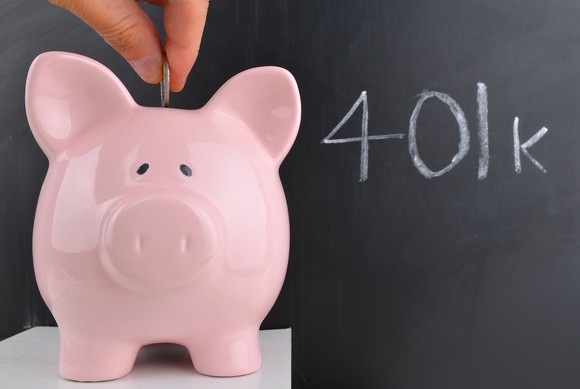 Here’s some 401(k) wisdom that can help you save more, avoid fees, and build the nest egg you need.

Millions of Americans have access to a 401(k) plan through their employers, but the details of how these plans work aren’t fully understood by many people. With that in mind, here are six things you should know about your 401(k) plan to help you make informed decisions for your future.

You can avoid the 10% penalty on early withdrawals

Chuck Saletta: One of the biggest potential downsides of contributing to your 401(k) is the fact that your money is tied up until you reach 59 1/2. You can get at your money early, but generally speaking, that would require you to pay both ordinary income taxes and an additional 10% penalty tax on your early withdrawal. Fortunately, there are ways to get around that penalty, as long as you meet at least one of the exceptions.

For instance, if you separate from service from the company that sponsors the 401(k) in the year you reach 55 or later, you’re allowed to take money from your 401(k) without facing that penalty. Likewise, if you leave your employer earlier and set up a structured withdrawal plan known as a SEPP (Substantially Equal Periodic Payments), you won’t face a penalty on withdrawals under the SEPP plan. In addition, dividend distributions on employer stock from employee stock ownership plans are exempt as well.

So, don’t let the fear of a penalty keep you from contributing to your 401(k). There are plenty of ways to circumvent that penalty to help you cover your costs of living as an early retiree.

You may not be contributing enough

Matt Frankel: About 80% of people who have access to a 401(k) make contributions to it, and most people contribute enough to take full advantage of their employer’s matching contributions. While this is definitely a good starting point, it may not be enough.

For example, let’s say that you earn $50,000 per year and ignoring the effects of inflation, we’ll say your salary increases by about 2% per year until retirement. If your employer matches your contributions dollar for dollar up to 5%, you could expect a nest egg of about $580,000 in 30 years, assuming 7% average annual returns. This may sound like a lot, but according to the frequently used “4% rule” of retirement, this would only produce about $23,200 in sustainable retirement income. Even when factoring in Social Security, will this be enough?

On the other hand, check out the effect of increasing your contributions by just a percent or two.

I generally suggest that people save 10% of their salary in their 401(k), but you don’t need to get there overnight. Try increasing your savings rate by 1% per year (many plans let you do this automatically) or bumping it up whenever you get a raise.

The bottom line is that just because your employer is willing to match x percent of your salary doesn’t mean that’s enough. When it comes to saving for retirement, it’s better to overprepare than underprepare, so it’s best to err on the side of caution and boost your contributions.

You can take it with you if you leave your job

Brian Feroldi: If you change employers or decide to leave the workforce altogether, it’s important to know that your 401(k) balance doesn’t have to remain within your former employer’s plan. After you leave, you will be presented with the option of rolling over your 401(k) balance into an IRA or into your new employer’s plan, though you usually are not obligated to do so.

The only caveat here is that if you may not have a choice if your account balance isn’t above $5,000. Under current law, employers can force a distribution upon a departing employee if they hold less than $5,000 in the account. As long as you are over that amount, you should be aware that you have a few options.

There are advantages and disadvantages to deciding to move the money or keep it where it is, so let’s explore each option in a bit more detail.

The biggest advantage of rolling over a 401(k) into an IRA is that you gain much more control about how the money is invested. Most employer-sponsored retirement plans limit participants’ investment choices to a handful of mutual funds, but if you convert the funds into an IRA, then you can invest in almost anything you want, including exchange-traded funds or even individual stocks. That’s an attractive benefit, especially if your old plan only offered funds with high fees.

The best reason to roll the money into your new employer’s 401(k) plan instead is that it makes tracking your finances a whole lot easier. After all, it’s a lot simpler to only have to keep track one 401(k) account rather than several small ones, so this can be a great option if you are happy with the new employer’s plan.

On the downside, 401(k) plans allow distributions to be taken penalty-free as early as age 55, assuming the plan participant was at least that age during the year when they left. If the money is rolled into an IRA, then the penalty-free withdrawal age gets bumped up to 59 1/2 (unless you qualify for one of the exemptions), so if you are looking to withdraw your money early, it might make sense to keep where it is rather than roll it into an IRA.

Another reason that it might make sense to keep the money with your former employee is if their plan was really good. Often, big companies can negotiate lower expense ratios on funds than you can get as an individual investor, so if you decide to move the money out of the plan, you might lose access to those cheap options.

Which option makes the most sense for your situation will depend greatly on your particular circumstances, but either way, it’s good to know that you do have options when you leave.

Selena Maranjian: You probably know that there are two main kinds of IRAs: traditional and Roth. With the traditional IRA, you contribute pre-tax money that reduces your taxable income and, therefore, your tax bill for the year. When you withdraw the money in retirement, it’s taxed as ordinary income to you. With the Roth IRA, you contribute post-tax money that doesn’t deliver any up-front tax break. But you eventually get a big tax break when you withdraw from the account in retirement — because you get to take all the money out of the account tax-free.

The 401(k) has long worked much like a traditional IRA, accepting pre-tax dollars and reducing your taxable income for the year you contribute to it. But there’s now a newish kind of 401(k) — the Roth 401(k) — that works much like a Roth IRA. It takes post-tax dollars and lets you withdraw funds in retirement tax-free, if you follow the rules.

That said, consider contributing to a Roth IRA, too, as it typically features a wider range of investment options, such as just about any stock and often hundreds of mutual funds, too.

Behind on your 401(k) contributions? Here’s how you can “catch up”

Jason Hall: Based on the data available from multiple retirement account managers, there are a lot of people nearing retirement who haven’t saved enough. Luckily, for 401(k) savers 50 and above, you’re able to make “catch-up” contributions. Here’s how it works:

If you retire at age 70, that’s $120,000 in extra contributions you could make — an amount that would likely be higher as the limits are raised with cost of living increases. If you average 5% annualized returns on those extra contributions — not an unreasonable prospect for a diversified portfolio approaching retirement — you’d have an extra $208,000 on hand when you retired.

Don’t get overcharged with 401(k) investments

Dan Caplinger: One mistake that many 401(k) investors make is thinking that all the expenses of the retirement plan investments are covered by the employer. All too often, employers work with investment providers to choose investing options that pass through substantial costs to employees, and if you aren’t careful, you can end up shouldering a much greater cost burden than you would expect for a workplace retirement plan.

Consider, for instance, the difference between a 401(k) that uses index funds and one that favors actively managed mutual funds or annuity contracts. Index funds often carry expense ratios of 0.1% or less, meaning that for every $10,000 you have invested in the fund, you’ll pay $10 or less per year. By contrast, actively managed funds often charge 1% or more, costing you $100 and up on the same $10,000. Annuity fees can be even higher, and a 2% expense ratio there can bring your tab up to $200.

By being aware of the fees of various options, you can pick the investment choice that’s best for you. Often, you’ll be able to find at least one investment on the 401(k)’s menu of selections that will let you minimize expenses and keep more of your hard-earned returns for yourself.