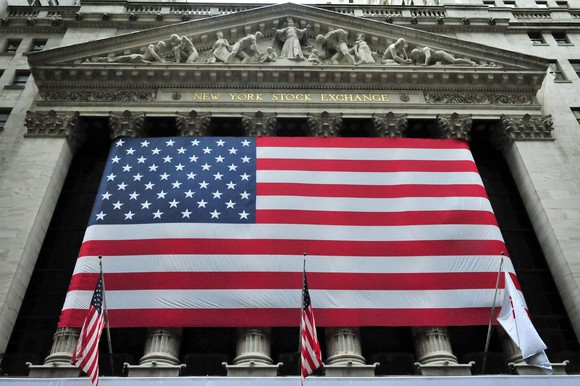 If you ever wondered what companies President Trump invested in, that’s no longer a mystery.

Last month, we got a different glimpse inside the Oval Office with details of investments that President Trump held prior to becoming the president. The Office of Government Ethics released a report that covers the period from January 2016 to April 2017 in a financial disclosure form.

Serving presidents typically sell their stock holdings or create a blind trust to avoid conflicts of interest. The latest financial disclosure form includes publicly traded stocks President Trump owned during that 16 month period (and from which he has since divested).

Three things stand out when looking at President Trump’s holdings:

That said, a very small portion of the President’s wealth was invested in individual stocks with an estimated value of $40 million based on calculations from Fortune. The largest investment was actually in Apple with holdings of $600,000 to $1.25 million. Here is a list of his top holdings as of May 2016:

One thing all investors can take as a lesson from President Trump’s portfolio is the importance of diversification. By investing in so many different companies across a wide variety of sectors, his holdings could weather turbulence caused by market volatility, seasonality, and more:

President Trump invested with four different brokerages. Perhaps not a concern for a billionaire, but there are some advantages to using multiple brokers.

For example, different brokerage firms provide different access to stock research, analysis, and other investing resources. Then, there is the matter of the SIPC, or Securities Investor Protection Corporation, which protects investors who have cash or securities at SIPC member brokerage firms. If a brokerage firm encounters financial trouble, the SIPC may step in to protect investors with a limit of $500,000, including $250,000 for cash. So if your portfolio grows to exceed this protection threshold, it may be worth considering having your portfolio divided among several brokers.

Otherwise, if you’ve ever tried to make a trade and been thwarted by a technical glitch, simply having access to another account would solve that problem as well.

Going back to President Trump’s affinity for dividend payers, keep in mind that of the 10% annual return the S&P 500 has delivered on average since 1928, not all of that is from stock price appreciation. In fact, 44% of those returns came from dividends, according to Standard and Poor’s.

Overall, the disclosure form gives us an interesting glimpse into the investments of POTUS with the reminder that even a billionaire head of state follows universal tenets like keeping a diversified portfolio.