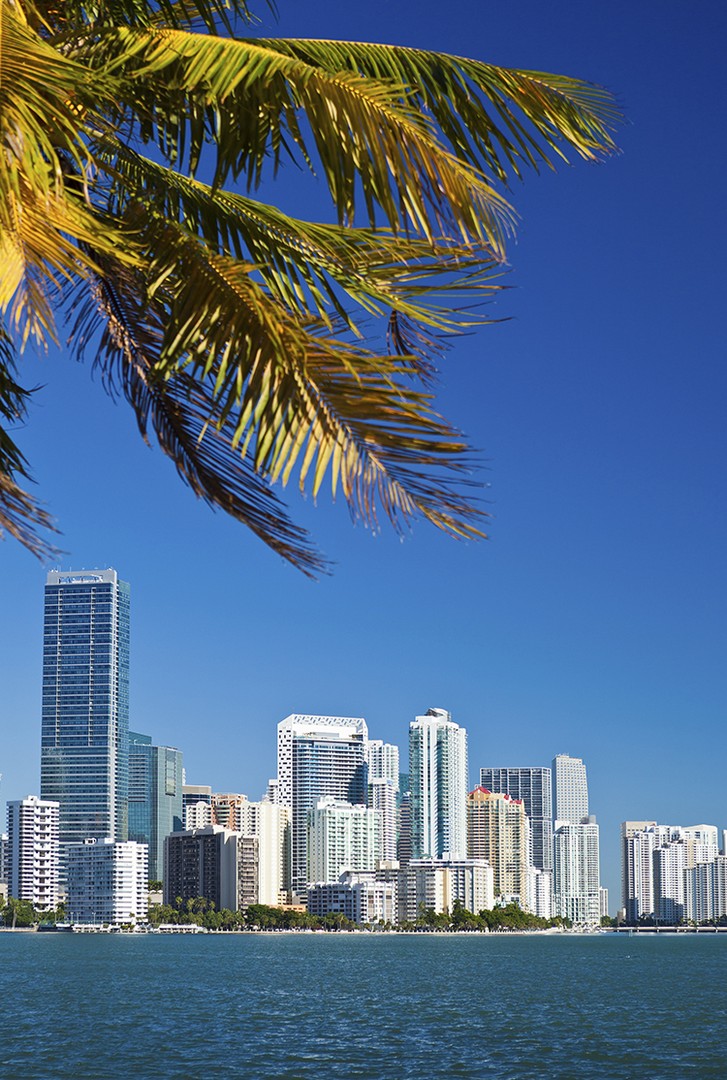 Broward Health is getting a major boost in its plan to renovate and expand its 125-bed acute care children’s hospital with a $10 million challenge grant from the Salah Foundation.

The challenge grant was announced by the Broward Health Foundation as part of the $20.6 million “It’s All About Kids Capital Campaign,” which will play a key role in funding the $52 million expansion.

Renovations will include the creation of private neonatal and pediatric intensive care units (NICU and PICU), as well as 22 private oncology/hematology suites.

“We are very grateful for our relationship with the Salah Foundation and Noreen Salah Burpee, and for everything they have done for Broward Health,” says Frank Nask, president & CEO of Broward Health.

Get ready for rising office rates

The slow rate of construction will result in high office leasing rates over the next three years, according to one of the speakers at the Executives” Association of Greater Miami forecast breakfast.

Although the four panelists were generally bullish, especially on Miami as a hot city, some cautioned that good deals are getting harder to find.

Randy Olen, a principal in the South Florida office of CNL Commercial Real Estate, which offers investment and development brokerage services, says there are plenty of construction cranes, but very few are for office building construction.

Olen’s comments come as many in the commercial real estate field say that condo developers can afford to pay higher prices for dirt than office developers in areas such as Brickell, where Olen says there were recently 37 cranes.

Miami has become the eighth tier-one city in the U.S. “With it comes a huge amount of interest in South Florida and what’s happening in the economy,” he says.

Global institutional money is flowing into the market, he says. A building in the past might get a couple of purchase offers, but these days might get 20.

He notes how the federal EB-5 program allows investments in return for citizenship – “a very powerful investment tool for people that want to come to the U.S.”

One challenge is that it’s becoming more difficult to find good investments compared with valuations in recent years. He still sees value in some commercial real estate space and in growing small companies, particularly those in technology and infrastructure.

The positives: The U.S. economy is providing more thrust than the rest of the developed worlds with declining default rates, cheap money for borrowers and a stock market that is attractive to foreign buyers. Each 50 cent decline in gas prices is $50 billion in money saved at the pump, he said. “That’s far more efficient than any government stimulus program.”

The worries: Growth is slow and fragile, wages are stagnant, profit margins have generally dropped in recent months and the global slowdown may still be evolving.

Alex Freund, president and CIO of 4it, which offers IT management infrastructure, says the acceleration of disruptive technologies will impact an increasing number of businesses.

Security issues that have hit major companies, such as Sony, will work their way down to smaller businesses, Freund says. The information on servers at a typical company is worth more than any other assets a business owns.

SFBW recently became a member of the Executives” Association, whose members are all exclusive representatives of their industries. For more information on the group, visit www.miamiexecs.org.

eMerge Americas founder Manny Medina will keynote a Miami Finance Forum event that will spotlight technology and cutting-edge media in the region.

The Mapping Miami’s Financial Future event fits in with the forum’s mission to promote Miami as a serious financial hub, says Raul G. Valdes-Fauli, Chairman of the forum and the President and CEO of Professional Bank. “What we represent is making Miami an open architecture for 21st century deals to happen.”

Medina, who led Miami’s Terremark before its sale to Verizon, is a key part of the deal-making environment since eMerge promotes Miami as the crossroad for deals and entrepreneurship across the Americas. Medina is also managing partner of Medina Capital.

A technology panel will be moderated by Ranjini Chandirakanthan, a new director at investment banking firm Cassel Salpeter. The panelists will be Melissa Krinzman, Managing Director of Venture Architects, which has raised $1 billion in capital for its entrepreneurial clients; Brad Harrison, founder and managing partner of Scout Ventures, a New York venture capital firm that has established a Miami office; and Celine Armstrong, S&P Capital IQ’s Managing Director, Investments Banking – Product Management.

Alexander Villoch, president and publisher of the Miami Herald will moderate the media panel. The panelists are Peter Blacker, Executive VP of Telemundo; Nathaniel Perez, Global Head of Social for marketing agency SapientNitro; and Victor Kong, President of Cisneros Interactive, which develops digital businesses for the U.S. Hispanic and Latin American audiences.

The Knight Foundation is the platinum sponsor for the event and Matt Haggman, its program director, will give the closing talk, Valdes-Fauli says.

The foundation and eMerge have played a key role in developing the entrepreneurial ecosystem in Miami, Valdes-Fauli says. “Miami as a financial hub is in its teen years and still figuring things out a bit, but it’s well on its way to becoming a serious financial hub with solid under footings.”

The law firm Bilzin Sumberg and S&P Capital IQ are gold sponsors for the event. SFBW is a media sponsor.

The event will be held from 7:30 a.m. to 1 p.m. on Feb. 4 at the Conrad Hotel Miami. The price is $195 for non-members – individual membership to the group is $245. For more information, visit miamifinanceforum.com.

A day of leadership insight

SFBW and Lifestyle Media Group are partnering with the Leadership Broward Foundation on the event.

Museum of Art, RoboVault team up for collectors series

RoboVault, a high-tech, ultra secure storage facility, has kicked off an Art Collectors Perspective Series at the NSU Museum of Art Fort Lauderdale. The series will include engaging discussions with art collectors on topics ranging from photography to art history.

Holzer, who was nicknamed “Baby Jane,” was in Andy Warhol’s “Soap Opera,” “Couch,” and “Camp,” plus the independently produced “Ciao! Manhattan.” She co-produced the film “Kiss of the Spider Woman.”

The dates of the series coincide with several of the museum’s exhibitions, including Caf” Dolly: Picabia, Schnabel, Willumsen; American Scene: Photography: Martin Z. Margulies Collection and Frida Kahlo and Diego Rivera from the Jacques and Natasha Gelman Collection, and Mexican Modernism from the Stanley and Pearl Goodman Collection.

“Art is as unique and irreplaceable as every human being. For many of our clients, art collecting is more than just a passion; it’s an absolute love affair. That’s why we felt that partnering with NSU Museum of Art Fort Lauderdale, which represents those same values, was a natural fit,” said President and General Manager of RoboVault Susan McGregor.

For information and reservation details, please contact moareservations@moafl.org or call 954.262.0227.

BankUnited has opened the 8,000-square-foot Bridges Caf” at its Miami Lakes headquarters. The employee dining facility serves breakfast, lunch and snacks, plus a full line of Starbucks specialty coffees, teas and beverages. (Starbucks trained the barristas.)

The caf” is not designed as an income generator and food is priced below comparable restaurants, BankUnited said in a press release. Employees can order online and an executive dining room seats 20 people for client and team meetings.

An event space holds 50 and can be used for team events such as birthday, bridal, baby and wedding celebrations.