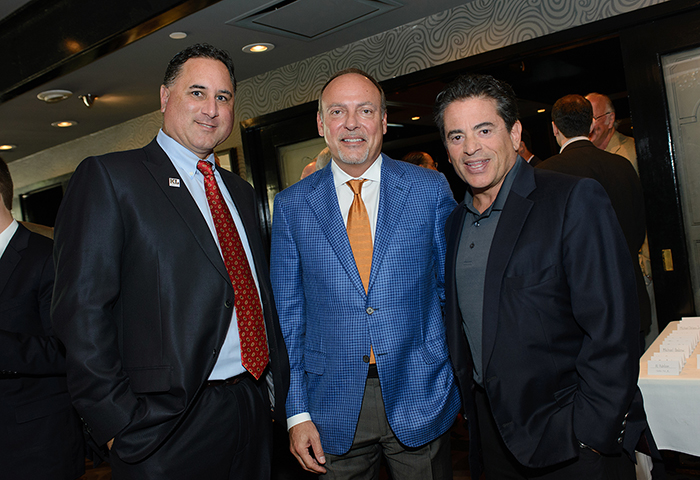 Real estate on a roll

Panelists tell what to expect as the boom continues

If you are looking for the next emerging neighborhood in Miami, check out the areas of Lemon City (Little Haiti) and Little River, says Peter Zalewski of Cranespotters.com.

Emerging neighborhoods were one of the topics discussed at the Oct. 1 Real Estate Developer Power Lunch, which was held at Morton’s The Steakhouse in Boca Raton. The panel discussion was presented by SFBW and Green Integrated Marketing Services, a 29-year-old division of WPP Worldwide that is based in Boca Raton and provides advertising, branding, digital and marketing services.

Joining Zalewski on the panel were Steve Patterson, president and CEO of Related Development LLC, who is responsible for multifamily rental development, and Arnaud Karsenti, the managing principal of 13th Floor Investments, which invests in value-added and opportunistic residential and commercial real estate transactions.

Zalewski, who is a real estate broker, the owner of CondoVultures.com and a columnist for The Real Deal, says rising property and leasing costs in the Wynwood area fuel interest in Lemon City and Little River, an area west of Biscayne Boulevard from roughly 54th Street to just north of 79th Street.

Cheap places for studios and galleries allowed artists to set up shop in Wynwood, but with rising prices, Zalewski says, “The artist who brought the lifeblood to this area are getting kicked out.”

The area near 79th Street could also be hot with a stop for the new Tri-Rail Coastal Link, which would run along the Florida East Coast Railway tracks.

Some investors are already anticipating an upturn in the area. A Chinese group with Canadian investors is redeveloping the
former Immigration and Naturalization Service Building at 79th and Biscayne into a hotel, Zalewski says.

Patterson questioned some of the prices being paid for land in Wynwood, saying they only make sense if you get national brands, which would be out of character for the neighborhood; or, you can build a 25-story building, which isn’t the city’s current vision. Patterson is instead focusing on smaller, tertiary submarkets in South Florida. Doing so can be a bit scary because it’s easier to overbuild because of their size, he says.

Patterson’s Related division recently sold The Manor at Flagler Village on the edge of downtown Fort Lauderdale for $149 million, which he termed a major success. Related and two partners recently obtained a $136.9 million construction loan for CityPlace Doral, a mixed-use project that will have 304 apartments in its first phase.

Patterson also mentioned Marina Village in Boynton Beach and the 70 percent occupied, 268-unit The Manor on Federal Highway in Lauderdale-By-The-Sea – the latter of which was being offered to institutional investors.

A key part for many projects is walkability to neighborhood amenities, which is favored by millennials and institutional investors, Patterson says.

There are a lot of investors pouring money into real estate these days. Karsenti says the interest is being fueled by an enormous global money supply. In a low-interest rate world, cash flow yields of 5 percent on real estate investments are pretty attractive when coupled with potential price appreciation, he says. He doesn’t expect interest rates to rise anytime soon.

“Real estate has become one of the most interesting places to park capital,” Karsenti says. “High-quality cash-flowing real estate is the best place and a region like South Florida puts you ahead of the curve.”

Patterson is optimistic about continued rental demand, saying one-third of people ages 18-34 still live at home. “That’s pent up demand,” he says. “Those are my customers and they are still living at home.”

The age group is typically single and starting families later in life, Patterson says. “The single most common denominator they have is they want to live urban.” ?