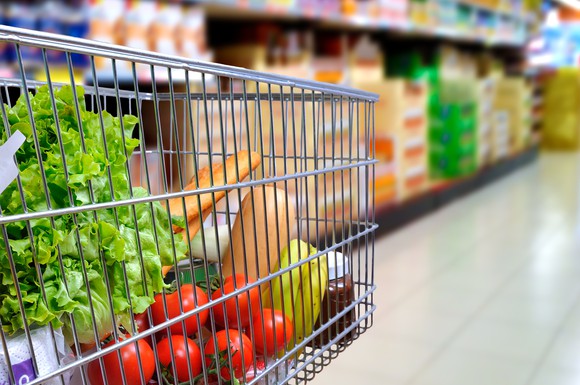 Finding success in the ultra-competitive, low-margin world of grocery won’t be easy, and it won’t be cheap.

E-commerce giant Amazon.com (NASDAQ:AMZN) has only dabbled with physical stores up until now. A handful of bookstores and its Amazon Go cashier-less convenience-store concept are the extent of the company’s physical retail presence. The $13.7 billion acquisition of upscale grocer Whole Foods (NASDAQ:WFM), expected to close during the second half of the year, will plunge Amazon into the world of brick-and-mortar grocery.

The move into grocery makes sense for a company that aims to grow its revenue as quickly as possible. The U.S. grocery industry accounts for around $800 billion of spending each year, with the average consumer spending about 5.5% of their disposable personal income on food consumed at home. Amazon already ships nonperishable grocery items via its website, but success with fresh foods like meat and produce has eluded it so far. Amazon Fresh, its fledgling grocery delivery service, has failed to truly take off.

According to Bloomberg, Amazon plans to cut prices at Whole Foods in order to get rid of its “Whole Paycheck” reputation. Job cuts, inventory changes, and automation are reportedly on the table, as Amazon will need to make the chain more efficient if it intends to compete on price with the mainstream grocery sellers.

Underestimating Amazon has historically been a mistake, but the giant’s entry into the grocery business will not be easy. Jeff Bezos, Amazon’s intrepid chief, once said, “Your margin is my opportunity,” to describe the company’s strategy of disrupting rivals by undercutting them on price. That’s worked brilliantly with books, and electronics, and apparel, and a slew of other product categories where lazy retailers with fat margins were caught off guard by e-commerce. But the grocery business is an entirely different beast.

From books to asparagus water

Amazon began as a bookseller, shipping customers books at a time when the internet was in its infancy. There was plenty of room for disruption: Barnes & Noble enjoyed an operating margin of 6.7% in 1999, five years after Amazon was founded. Today, Barnes & Noble is barely profitable, producing an operating margin of just 0.4% in fiscal 2016. It’s lost money in four of the past five years.

The same story played out in consumer electronics. Best Buy, the only nationwide consumer electronics retailer left standing, managed an operating margin of 5.6% in fiscal 2007. That dropped to just 2.8% in 2013 as the company buckled under the weight of competition. Best Buy has recovered thanks to its successful turnaround efforts over the past few years, but its former brick-and-mortar competitors are no longer with us.

Amazon has had no shortage of opportunities in the past to beat out rivals on price and steal market share. But the grocery business may not be so conducive to that strategy. Margins are already razor-thin, and the industry is ultra-competitive. Kroger (NYSE:KR), the second largest grocery chain behind Wal-Mart (NYSE:WMT), managed an operating margin of just 3% in 2016. And that was a good year. The company’s operating margin has been as low as 1.4% in the past decade.

Amazon enters the industry at a time when competition is more intense than it’s been in quite some time. Wal-Mart and other discounters have been aggressively slashing prices to win share, creating food price deflation typically not seen outside of recessions. Kroger issued a profit warning earlier this month, cutting its guidance for 2017 due to falling food prices.

Aldi and Lidl, two German chains known for low prices, are also planning major expansions in the U.S. Aldi plans to open an additional 900 supermarkets in the U.S. over the next five years, expecting to have 2,500 stores by 2022, while Lidl will enter the U.S. by the summer of 2018 with 100 stores. This will put further pressure on traditional supermarket chains, and it will give Amazon even less room to undercut grocery rivals. 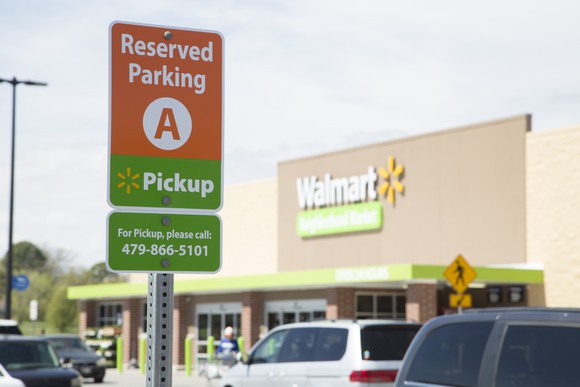 Amazon will undoubtedly aim to use technology to lower costs at Whole Foods, and it will likely use the stores to launch grocery delivery and pickup services. But grocery is not an industry that has been asleep at the wheel. Wal-Mart has been pushing its own online grocery service for years, now offering free curbside pickup at 700 locations, with plans to reach 1,000 locations by the end of the year. Kroger also offers online grocery ordering and pickup at hundreds of locations.

Can Amazon succeed in grocery, turning Whole Foods into a mainstream supermarket that can compete on price? Sure. The company has been willing to lose money in order to grow in the past, and it has the capability to be extremely aggressive. Amazon’s international business, for example, has been a perennial money-loser.

But those who believe that Amazon will simply roll over rivals and become a grocery leader in short order are overly optimistic. Amazon first needs to figure out how to run stores, then it needs to figure out how to undercut brutally efficient rivals on price in an industry where margins are vanishing. Those rivals won’t be sitting on their hands, likely matching Amazon blow for blow and investing in their own delivery and pickup services.

This is all great for consumers. Whether it’s great for Amazon investors is another matter.

10 stocks we like better than Wal-Mart Stores
When investing geniuses David and Tom Gardner have a stock tip, it can pay to listen. After all, the newsletter they have run for over a decade, Motley Fool Stock Advisor, has tripled the market.*