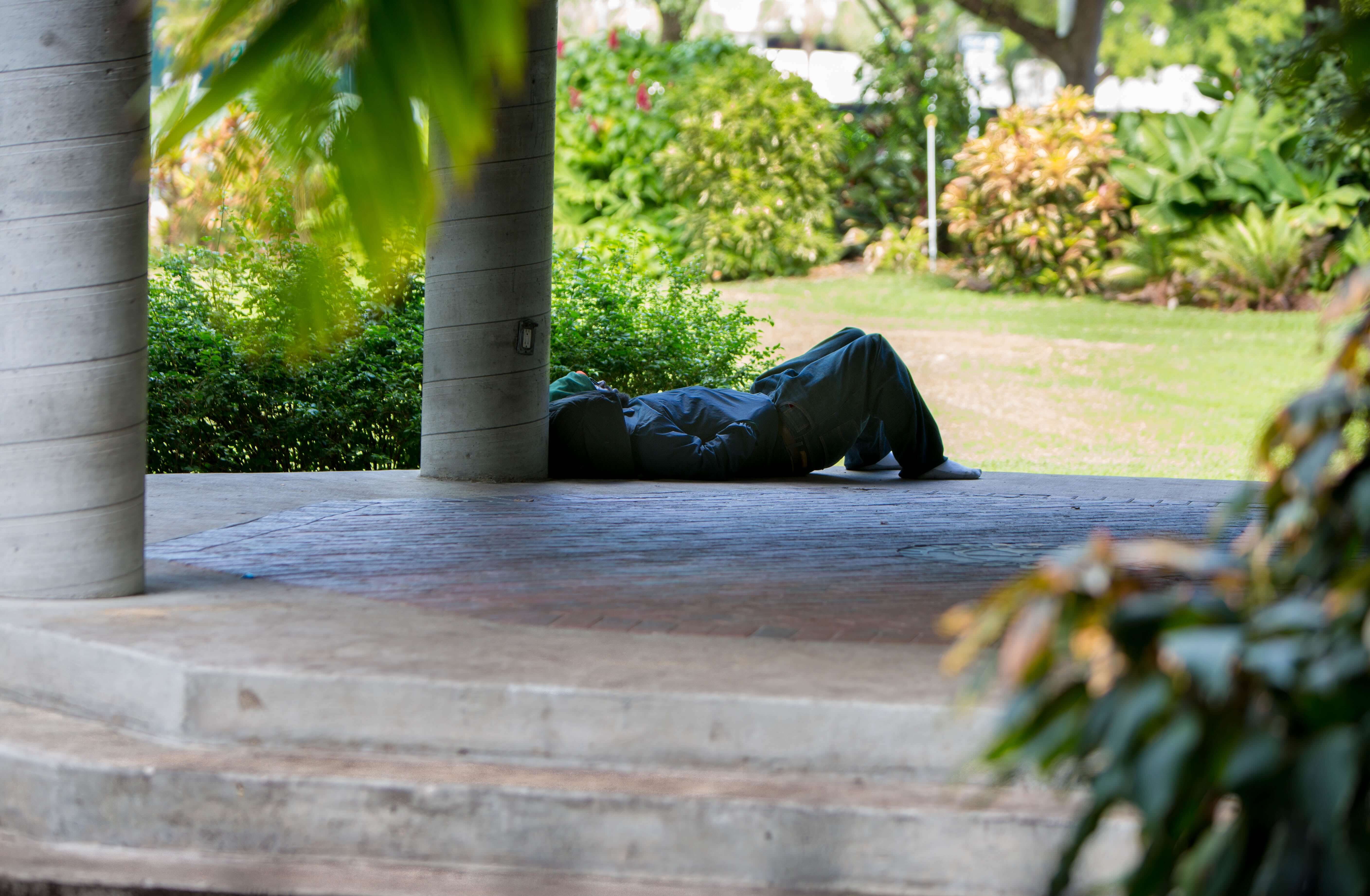 The Greater Fort Lauderdale Alliance and United Way are teaming up to address the homelessness issue in Broward County, which has generated ugly headlines nationally and turned into an economic development problem.

The issue gained national attention in 2014 after Fort Lauderdale passed restrictions on where charitable groups can feed homeless people in the city. While some homeless advocates applauded the move to regulate outdoor homeless feeding programs, other people saw them as hate laws. Vocal protesters appeared as the city commission considered the vote. Afterwards, the national media cast aspersions on the city, which was nicknamed Fort Haterdale, and the Anonymous group hacked into city websites.

The problem led to an SFBW article around the region’s homeless situation.

Two prominent business leaders, AutoNation CEO and Chairman Mike Jackson and Castle Group CEO James Donnelly, will be co-chairs of the United We End Homelessness effort, which will seek $23 million to help address the situation. The Broward Business Council on Homelessness also has been formed.

“Looking at the homeless situation, it makes my heart ache,” Jackson said at the mid-year meeting of the Greater Fort Lauderdale Alliance on Thursday. “We have to take extraordinary steps to put an end to this. We don’t have all the answers on what to do, but together we are working on it.”

The general approach will be to find homes for homeless people and then surround them with support programs. It’s modeled on a successful program in Orlando.

Two other key leaders in what will be a broad effort with religious leaders, government agencies and charitable groups are Greater Fort Lauderdale Alliance President and CEO Bob Swindell and the United Way of Broward County President and CEO Kathleen Cannon.

Swindell has been getting reports from business leaders that employees felt uncomfortable walking to lunch and being approached by homeless people, he said during a telephone interview Thursday morning. Businesses contemplating expansion or relocation to the area started asking pointed question about the community’s safety net and why business leaders had allowed the issue to fester for so many years.

The encampment is next to the Alliance’s headquarters, so the issue is highly visible to visitors, Swindell says.

Donnelly, who was interviewed before the meeting, was sensitive to the issue in his role as chairman of the Broward Workshop, an organization of business leaders.

The Workshop’s Urban Core committee looked at the issue and discussed it with Jackson at a time when AutoNation was considering whether to renew the lease at its downtown Fort Lauderdale headquarters, which is about two blocks from the encampment. There had been rumors floating around the city that AutoNation might leave downtown.

Both Swindell and Donnelly said business leaders can help bring resources and an analytical data-based approach to addressing the issue.

They found an advisor when they learned about the efforts of Andrae Bailey in Orlando, who was previously CEO of the Central Florida Commission on Homelessness. He was named the 2015 Central Floridian of the Year by the Orlando Sentinel.

Orlando had been ranked the No. 1 mid-sized U.S. city when it came to the chronically homeless. A count, three years after Bailey started, found the number of homeless had dropped 60 percent. Bailey announced that virtually all of the homeless veterans in the city, about 1,000, were in housing.

One study indicated housing the homeless was a way to save money on public services.

Homeless people on the street were costing $31,000 a year in public services whether by means of hospitalization or incarceration, the Orlando Sentinel quoted Bailey as saying. The cost once they found homes dropped to $10,000.

Cannon said research indicates that 82 percent of homeless people who are placed in homes and given support are able to avoid becoming homeless in the future. That’s why there is an emphasis on finding homes first and then adding the wraparound services.

The effort will be countywide in Broward, but will concentrate first on downtown Fort Lauderdale.

The assistance needed by the homeless varies greatly since individual circumstances are so different, Cannon says. Some homeless people are actually employed, but don’t have the money to pay first, last and security to get a home. They may just need assistance and a subsidy. Others are too ill to work and will need more prolonged help.

Among the solutions that might address the problem are housing vouchers or subsidizing rents while someone goes through the sometimes lengthy process to get Social Security disability payments.

There may be a need to raise money to put in a risk pool for landlords, Cannon says. “So, if they are willing to take in the homeless and something happens to the apartment, a manager will come and make them whole.”

The new Unitedweendhomelessness.org website estimates there are 2,300 homeless people in Broward County.

The website includes mini-profiles of five homeless people and attendees at the Alliance saw a video about their stories. Four of them became homeless after accidents or medical problems.

Jackson said after the video presentation, “Every individual has a story and we want to change their lives.”