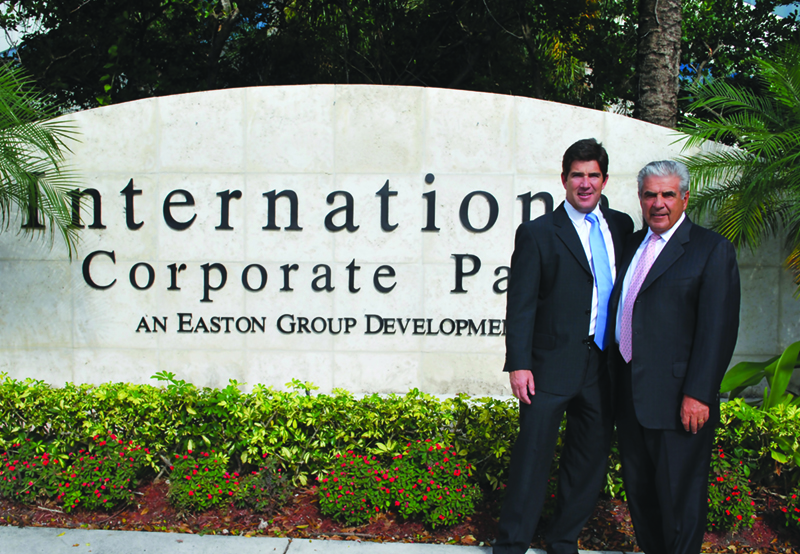 For some fathers, separating their parental instincts from their business instincts can be a difficult feat when working with their children. But when family businesses are done right, the opportunity can pave the way for success for family generations to come.

To commemorate Father’s Day, SFBW profiled four companies in which dads successfully led the way for their children to follow suit.

Rogers, Morris & Ziegler is the oldest law firm in Broward County. “My grandfather started the firm in 1925,” says Romney Rogers.

His son, Romney “Cam” Rogers Jr., belongs to the fourth generation and joined the firm five years ago straight out of law school. “The family legacy is something that I wanted to continue to build on,” he says.

To navigate the challenges of working with family—one of them being perceived favoritism among staffers—Cam has turned to a supportive network. “There’s a group I belong to called the SOBs, sons of bosses,” Cam says. “The group has been going on for 2½ years, and it meets once a month to discuss family business issues, and we always end with a funny family story,” he says.

Romney says his son continuously proves himself as an attorney.

“That’s why they call it the practice of law; you’re always evolving,” he says. “Cam is very well-rounded. He has his priorities right. I don’t think he’s tried to take advantage of any situation he’s been in. He does an excellent job in leadership and he has a servant’s heart. That all makes me proud as a dad.”

In 1974, Edward Easton Sr. founded the Easton Group, a commercial real estate firm that has grown into an industry leader. Eddie Easton Jr. joined in 1987 and oversees acquisitions.

Edward Sr. believes in letting children decide their own paths, a piece of advice he would share with any entrepreneur considering bringing family on board.

“When he originally started, I said to him, ‘I want you to work here for a year and see if you like the business and if you do, we’ll decide how we’ll handle this going forward,’ ” he says.

And Eddie Jr. did that. He worked for a year and he had a knack for the business. Before joining full time, he did maintenance work around the properties while he was in high school and college.

In addition, the Easton family has a partnership in Jacksonville, buying income properties, which its other son, Mack, runs.

Easton Sr. says his children have taught him about patience, an attribute he says he doesn’t naturally possess. “My boys have wonderful patience and they’ve taught me a lot about it.”

The family gets together on Sundays for barbecues, Edward Sr. says. “Eddie has five children. Mack has three children. And I have 12 grandchildren altogether. I have three daughters also. We spend a lot of family time together and don’t mind talking about business.”

“There are hundreds of benefits,” he said. “I think it’s fantastic because you can do tax planning around the family, a lot easier. You get to spend time together. I have lunch with my son three days a week. So, it’s very bonding from that perspective.”

Melisse Burstein recalls what was on her mind when she joined her father’s public accounting firm, Gerson Preston, 21 years ago.

“I remember when I first started here, and my mother and siblings were all very curious what my father was like in the office,” she says. “I told them, he’s actually the same.” The company’s partners would hold Monday night meetings, and her dad, Gary Gerson, would talk or scold the staff just as he would do at his home.

Burstein, a certified public accountant, worked as an audit manager for Ernst & Young in New York and later in South Florida before joining Gerson Preston, which her dad established in 1959. Gerson is a highly active philanthropist and so is his daughter, which he says enhances his business.

She decided to join because she wanted to gain litigation experience. She’s now the firm’s director.

The full-time working mother, now with three kids, quickly discovered that working for him wouldn’t come easy. “When I had my son, my father showed up to the hospital with a file to talk business,” she says. “We had a litigation meeting, and I went into labor early. So he came to the hospital to discuss the case because he had to meet with the attorneys the next day.”

Gerson quips back, “But I didn’t go into the delivery room.”

Seriousness aside, the duo are playful and enjoy each other’s company—even at work.

“There’s no greater pleasure than having a daughter working with me as a partner,” he says. “It’s so great to have her along.”

Lynch is retiring in a year-and-a-half, after working there for 50 years. In the 1970s, he bought the company from his dad, who purchased it in the ’40s.

“I’m lucky that my kids wanted to come in, and it has worked out perfectly,” Lynch says. “I’ve seen the opposite when the siblings don’t get along and it tears the family apart.”

Lynch advises that when hiring family, to make it work, be sure that all involved are on the same page.

“The hardest part for some parents is that this is their little child and they can’t let them make mistakes,” he says. “You have to have a clear path on what it is that they are going to do and what you are going to do. I think if you talk about that upfront and come to agreement on those things, you’ll do much better.”

He especially finds it satisfying that his children came to him of their own will, and that the work they do is reputable. They also are active community leaders, following the example of their dad, who served as the mayor of Delray Beach. Brendan is part of the Community Redevelopment Agency in Lake Worth, and Connor is head of planning and zoning for the city of Delray Beach.