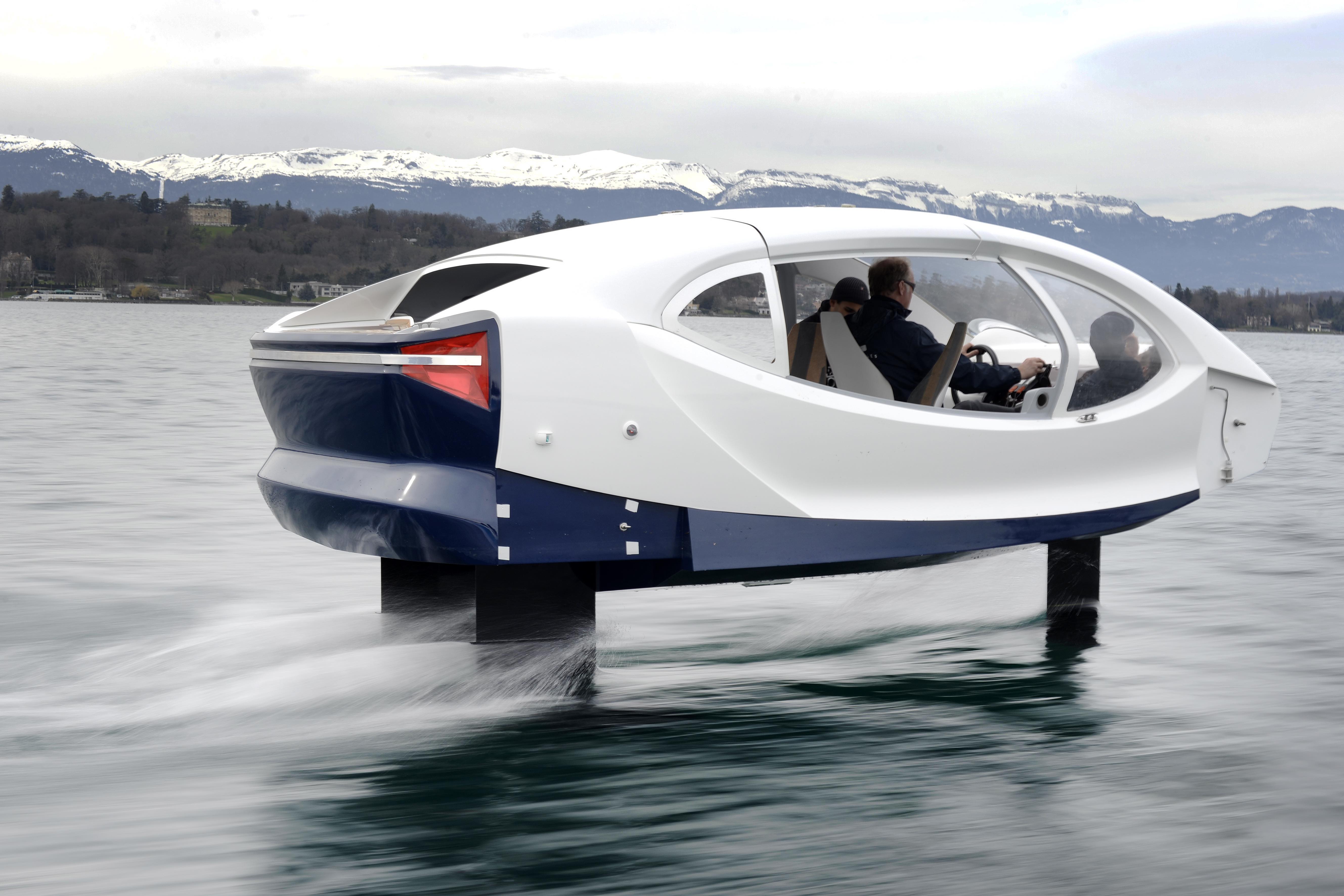 Escape gridlock in a flying boat 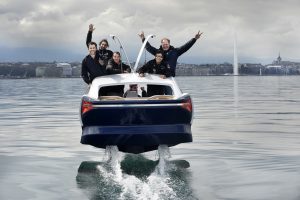 The SeaBubbles crew goes for a spin on Lake Geneva

Water taxis are a cool way to get around some of South Florida’s waterways, but SeaBubbles could turn it into a higher speed experience.

The lithium battery powered hydrofoils can zip along at up to 20 knots (23 mph) and visited Miami during the boat and yacht shows weekend.

The SeaBubble website says it is providing a solution for gridlocked roads and pollution. The company envisions water taxis that will move at the speed of a car for the price of a taxi. 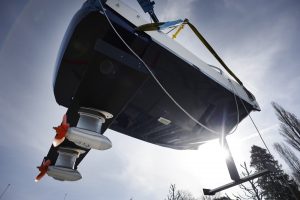 A view of the propellors and the foil at the front 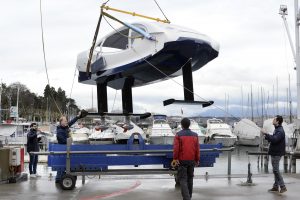 A hoist lifts a SeaBubble

Techcrunch says the prototype has 1.5 hours of battery life and a five-hour battery recharge, but the company expects to cut that to 2.5 hours of operation and a 35-minute recharge.