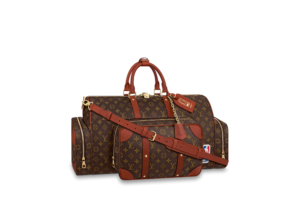 Look for the Louis Vuitton boutiques on Worth Avenue and in Miami’s Design District to dazzle with a new line that marries high fashion and mass appeal, with the unveiling of LV x NBA Men’s Capsule Collection II. Timed to debut before the fall season, the wide range of pieces (shoes, luggage, jewelry, casual wear) marks the second collaboration between the revered design house and the sports league. The collection—which was inspired by three dress modes of a pro basketball player: travel, game and news conference—is the brainchild of LV’s men’s artistic director Virgil Abloh, the trained architect who became the first American of African descent to win the role of artistic director at a French luxury fashion house.