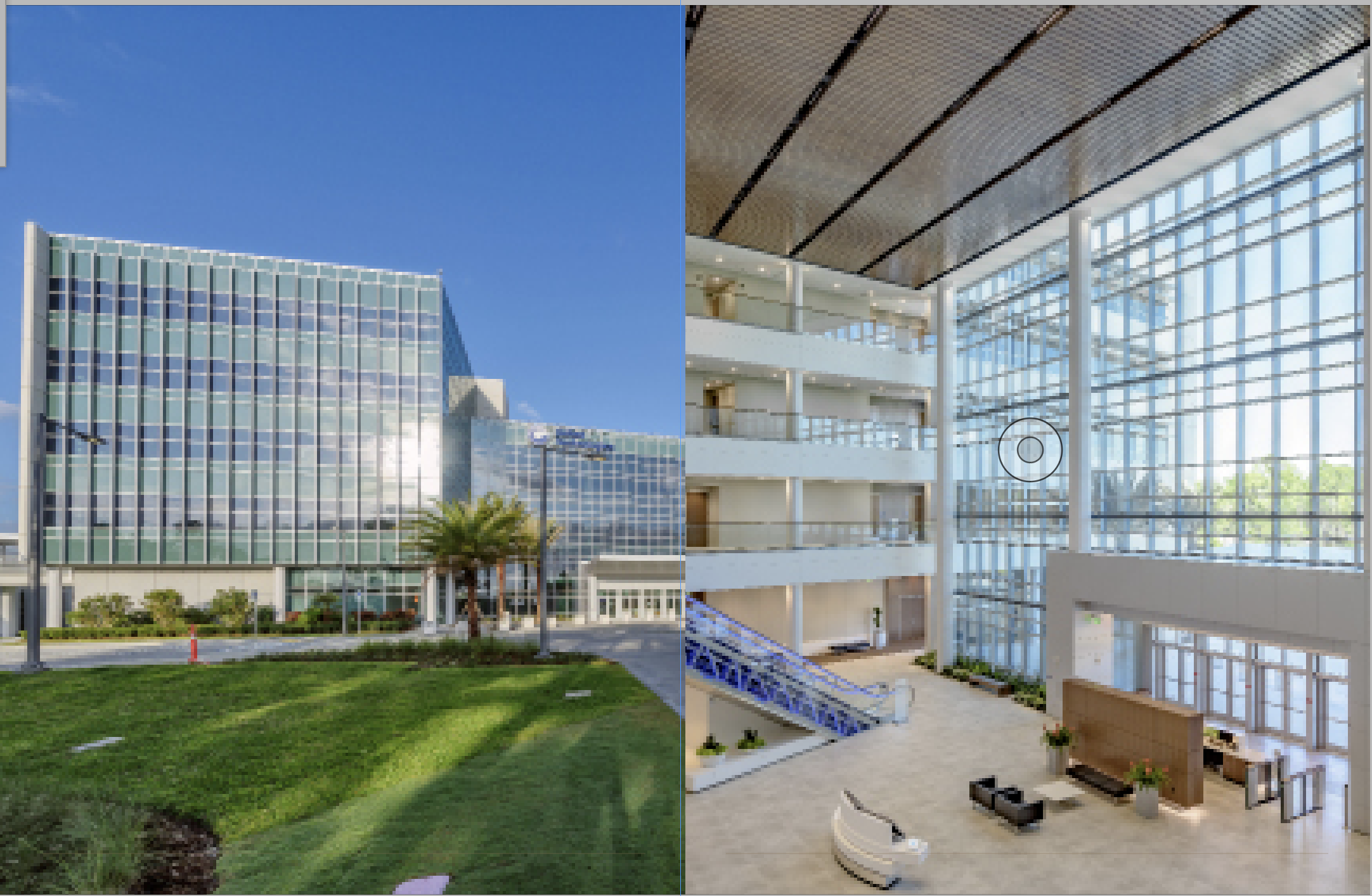 Give South Florida’s heat and humidity a bit of credit. Without that, the region wouldn’t be poised to get a headquarters for one of its largest public companies.

United Technologies Corp. built the Center for Intelligent Buildings in Palm Beach Gardens as a showcase for its technologies, including the Otis Elevator Co. and Carrier air conditioning. Florida’s year-round warm weather was a better place to show off cooling systems than UTC’s headquarters in Farmington, Connecticut.

Now, UTC expects to be ready to spin off its Carrier division by the end of this year, although completing tax and legal paperwork might take until the middle of 2020, its CEO has said. Carrier will go from a business unit headquartered in the building to a publicly traded company. In addition to the famed temperature brand name, Carrier encompasses fire safety and building automation products sold under the Kidde, Edwards, LenelS2 and Automated Logic names. Carrier has more than 54,000 employees and customers in more than 180 countries.

Carrier had sales of $18.9 billion in 2018, equal to Carnival Corp., the world’s largest cruise company, and ahead of FPL parent NextEra Energy, which had $16.73 billion in revenue.

Carrier had $3.7 billion in operating profits for 2018. Its 20 percent profit margin was 7.1 percentage points above United Technolgies’ companywide average.

The reason UTC is spinning off Carrier and Otis, is so it can focus on being a pure aerospace play after buying Rockwell Collins.

The spinoff should be a boon to South Florida’s economy since Carrier will have to build out its executive ranks to be a standalone company. The building is approaching 400 employees, but that is expected to hit 500.

On Earth Day (April 22) this year, the center celebrated its designation as the first commercial building in Florida to receive Leadership in Energy and Environmental Design version 4 platinum certification. “In fact, we are one of only 68 LEED Platinum-certified commercial buildings under the version 4 rating system in the world, with just 23 being here in the United States,” says Mary Milmoe, Carrier’s vice president of communications and marketing.

She calls the building a living showcase of what’s possible when advanced building systems enhance the occupant experience. Customers can get tours and demonstrations to understand how everything works. It has already had about 17,000 visitors in a little over a year.

Getting a tour of the building, led by senior marketing manager Carrie Pazda, is like experiencing an episode of the TV show “Modern Marvels.”

The centerpiece is the 224,000-square-foot building’s five-story atrium. A soaring escalator has dramatic blue lighting and cutaways that show its inner workings. That fits with the building’s theme of “Revealing the Unseen.”

The window panes in the atrium are dynamic glass, which means they have variable tinting. Each pane has an internet address so programs can adjust the level of tinting to reduce glare and keep out heat, Pazada explains.

Visitors can use a tablet with augmented reality technology to see curtains of cool air flowing down from the ceiling. Pushing the cool air down helps cut energy costs. The air curtain technology is used in hospital operating rooms to keep germs under control.

An eco-screen podium in the atrium shows various metrics for the building, such as energy and water usage. It also shows solar output since the parking garage roof has enough panels to meet about 28 percent of the building’s energy needs.

Off the lobby is a 24/7 command center to monitor all the building’s systems, which are highly integrated. For example, if a fire alarm goes off, the ventilation system automatically stops to prevent the spread of smoke.

Going into the elevator, the “My Way” application on a smartphone summons an elevator without pressing a button on the wall. The app offers a way to control temperature, lighting, schedule a meeting or find your way in the building.

The parking garage has a large window that shows two Carrier 23XRV variable speed air conditioning chillers, which are 42 percent more efficient than the industry standard, partly because they have fewer moving parts.

“The cooling system schedule changes according to building use and occupancy, which allows us to maximize both comfort and efficiency,” Milmoe says.

Next to the chiller room, there’s a demo for the Marrioff Hi-Fog System, a more water-efficient fire sprinkler system that makes mist-like drops of water. It was first developed for cruise ships, but can help reduce water damage for buildings in general if there is a fire.

There’s also a demo area for Carrier’s residential products, which include internet-controlled thermostats and controls that can work with voice-assisted devices such as Alexa, Siri and Google Home.

Staff system engineer Luke Dorna, with UTC’s building solutions group, said the idea for the building emerged in 2014 when UTC leadership took a look at the market for intelligent buildings.

“They wanted to kind of put a stake in the ground in order to essentially create a catalyst for both technology, culture change within our corporation to kind of move forward,” he says. One concept was customer engagement, “really taking a suite of products that are normally behind the walls that a lot of people don’t understand or don’t really even think about, and kind of bringing them forward and help people understand what we do, how it impacts their lives.” There was a focus on the environment and sustainability. UTC is a founding member of the U.S. Green Building Council “and we wanted to make sure that we kind of walk the talk in that regard,” Dorna says.

There’s a lot of hype and buzzwords, such “internet of things,” data analytics and artificial intelligence, but no one has really explained what the benefits are nor demonstrated what they can do, Dorna says. “I think that when people come to the center, they really started to do see this is real and concrete. The benefits become very visible and understandable and much less nebulous.”

Visitors can also see how systems tie together and interact to create efficiencies. Dorna says he is conducting a rigorous analysis of return on investment that looks at energy and water savings plus operational efficiency.

There’s also the more difficult to measure impact of having a healthier workspace.

UTC supported a Harvard study about the impact of green buildings on cognitive function.

To a visiting journalist, the center just seemed to have really fresh air with the proper amount of humidity.

Dorna says the amount of air moving through the building is double what is required by code. Machinery that emits indoor pollutants, such as printers, have direct exhausts.

“The building was built with low-emitting materials for all the glues, plastics and carpets, so there’s not a lot of VOC [volatile organic compounds] or formaldehyde,” Dorna says.

So what’s next for building technology?

One goal is making the digital experiences seamless, Dorna says, “like, as you approach the building, can we now say, ‘I know who you are,’ and automatically let you in because your credentials have been verified and start to get your room up to speed from a comfort or lighting perspective?”

AI will tell building operators what data means rather than having to figure it out, Dorna says.

“That’s where we’re going now to really free up the creative human mind from spending a lot of time running down problems through the system, to having them told what the problems are so they can fix them quickly.” ♦