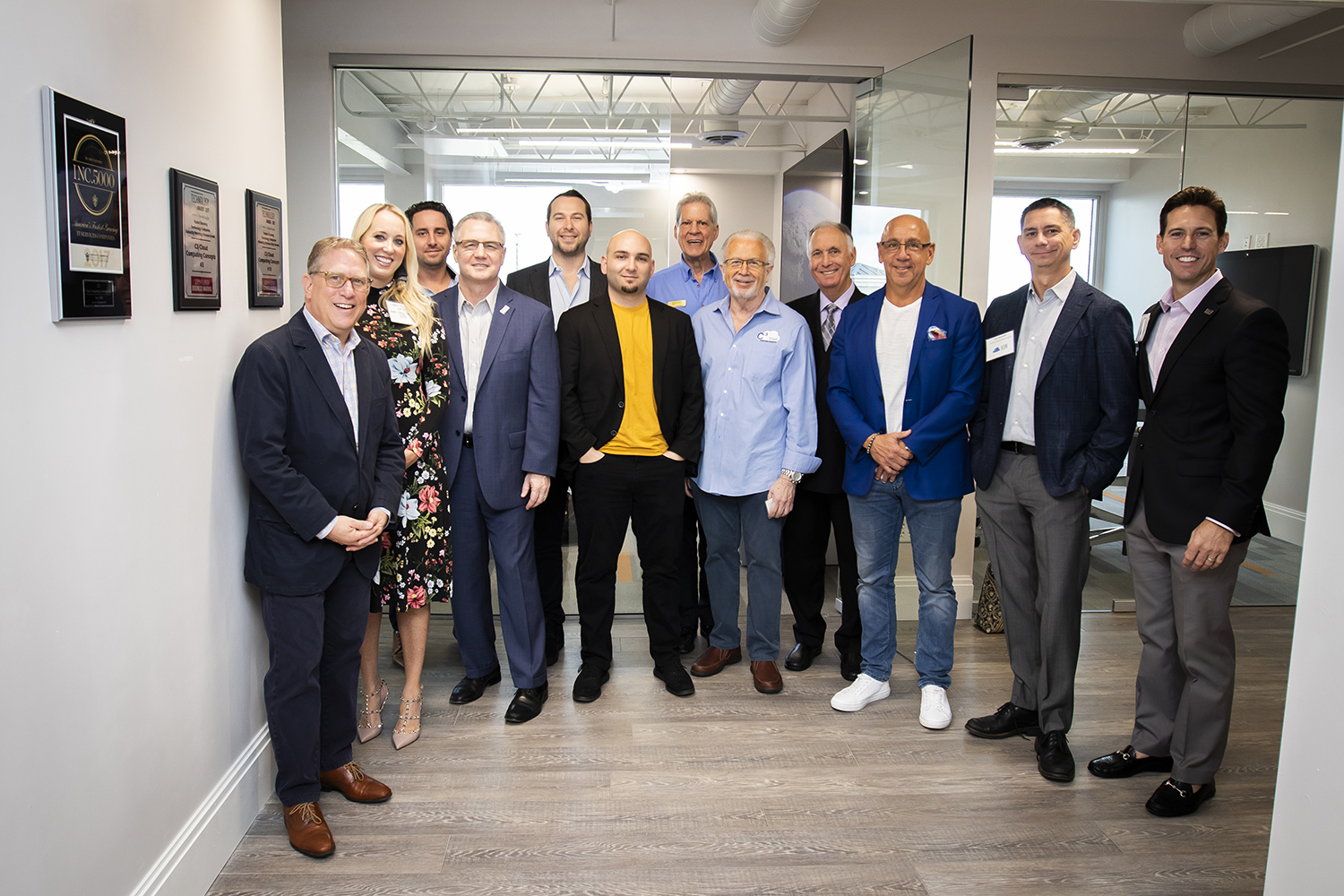 SFBW’s annual Apogee Awards features some of the top-performing business leaders in South Florida, and a post-event roundtable shows they remain bullish on the region’s economy.

The event was held at the Delray Beach offices of C3 Cloud Computing Concepts and was moderated by SFBW Editor-in-Chief Kevin Gale. Highlights of the discussion follow.

Gale said the airport has finished reconstruction of the north runway, where core samples showed layers of asphalt dating back 75 years. He had expected a drop in traffic because of the runway’s closure, but the airport was on track to hit 37 million passengers in 2019, up from 36 million in 2018.

The airport is wrapping up $3.2 billion in infrastructure projects over the next two to three years.

Spirit Airlines is providing a major economic boost by announcing plans for a $250 million headquarters near the airport and has placed an order for 100 new jets. Many of them will fly out of FLL.

“There’s a lot of construction walls up, and there’s going to be more coming, but, by all accounts, the airport is doing very, very well. And all indications are that people prefer to fly into our airport as opposed to the other folks 20 miles down the road from us. And we want to keep it that way,” Gale said.

Record-low vacancy rates and interest rates coupled with high rents make it a perfect storm for billions of capital to be deployed.

Amazon, Wayfair and Home Depot have taken some of the biggest industrial spaces in South Florida. Millions of square feet of industrial space are in the pipelines and there’s plenty of financing and capital for speculative industrial development, Genet said.

Developers are buying every good chunk of industrial acreage over six acres in size, when they used to want at least 13 acres. He estimated that Broward County only had about 200 acres left for industrial space while Miami-Dade has 600-800 acres.

Loudis said ProFi expects 30 percent growth in revenue in 2019 to hit $6 million in revenue. He has been able to buy out three of his five partners. He’s shooting for $10 million in revenue for 2020 and is finding a lot of business popping up in Naples and Fort Myers.

ProFi has invested in technology so it can use iPhones and iPads instead of paper work order tickets.

Appelrouth said his firm had a good year, which is a reflection on a diverse group of clients, including some who are national in scope.

The Florida economy continues to boom, but he sees a different picture nationally and internationally. Economies of other countries aren’t fairing as well, and Appelrouth was concerned about consumer confidence. He is seeing a reluctance to deploy capital.

Mancinell said C3 had a strong year with revenue up 30 percent as the bulk of its customers were growing and expanding. He has seen some indications of slowdowns in certain sectors and a little higher incidence of bad debt, which he will take into consideration for 2020.

C3 was evaluating a couple of potential acquisitions and could buy a small telecom company or a cybersecurity firm, he said. “We’re trying to be smart and not overgrow. We want to be well positioned if there is a downturn.”

Gale said the airport has enjoyed a sugar high of growth and expects that to wane because of infrastructure constraints. Low-cost carriers are pushing the airport the hardest to add capacity because they are adding jets and don’t see opportunities at other airports rivaling the opportunities in Fort Lauderdale.

Jet Blue and Spirit are “very, very optimistic” while Southwest Airlines has been highly focused on resolving its Boeing 737 Max safety situation, Gale said. “The impact of Boeing isn’t just the 737 Max. It has put other jet designs on hold, including next version of the 777 which we were looking at to get long haul to Europe and Asia.”

There will be key decisions ahead on what could be $3.6 billion in future infrastructure upgrades under an updated master plan. He needs to ensure the airport’s business partners are supportive and is seeking feedback on the timeline. The upgrades could take place over six to 10 years or be stretched out to 12 to 16 years.

An intermodal transportation hub is envisioned on the east side of the airport that could include a Brightline station and a connection to Port Everglades. Gale is looking how to make travel more seamless: “How do you make that trip though FLL so you can check your bag in Dayton, Ohio, and have it waiting in your cabin on the ship?”

Genet sees continued robust growth in commercial real estate, although not so much on large speculative office projects.

Genet said he is getting a lot of calls from financial services companies interested in relocating to South Florida, but it hasn’t reached the deal-signing stage. “The amount of talent coming down here is just beginning,” he said.

Loudis agreed with Genet and says he sees big companies looking in Fort Lauderdale, West Palm Beach and Miami. A lot has to do with taxes, he said. The media, nationally, have given widespread attention to federal tax laws limiting deductions of state income taxes.

Appelrouth described South Florida’s strength as a different animal compared to some other parts of the country. He’s worried about an international slowdown.

Appelrouth, Loudis and Mancinelli also had a refrain that has showed up all year in panel discussions: Finding talent is difficult.

Mancinelli said one historic challenge for the region is attracting higher end talent by recruiting from other areas.

Two of the biggest wildcards are the impeachment proceedings and the upcoming presidential election.

Genet said larger companies do slow down in election years, but the average small business owner isn’t thinking about the impeachment proceedings when it comes to their business. ♦