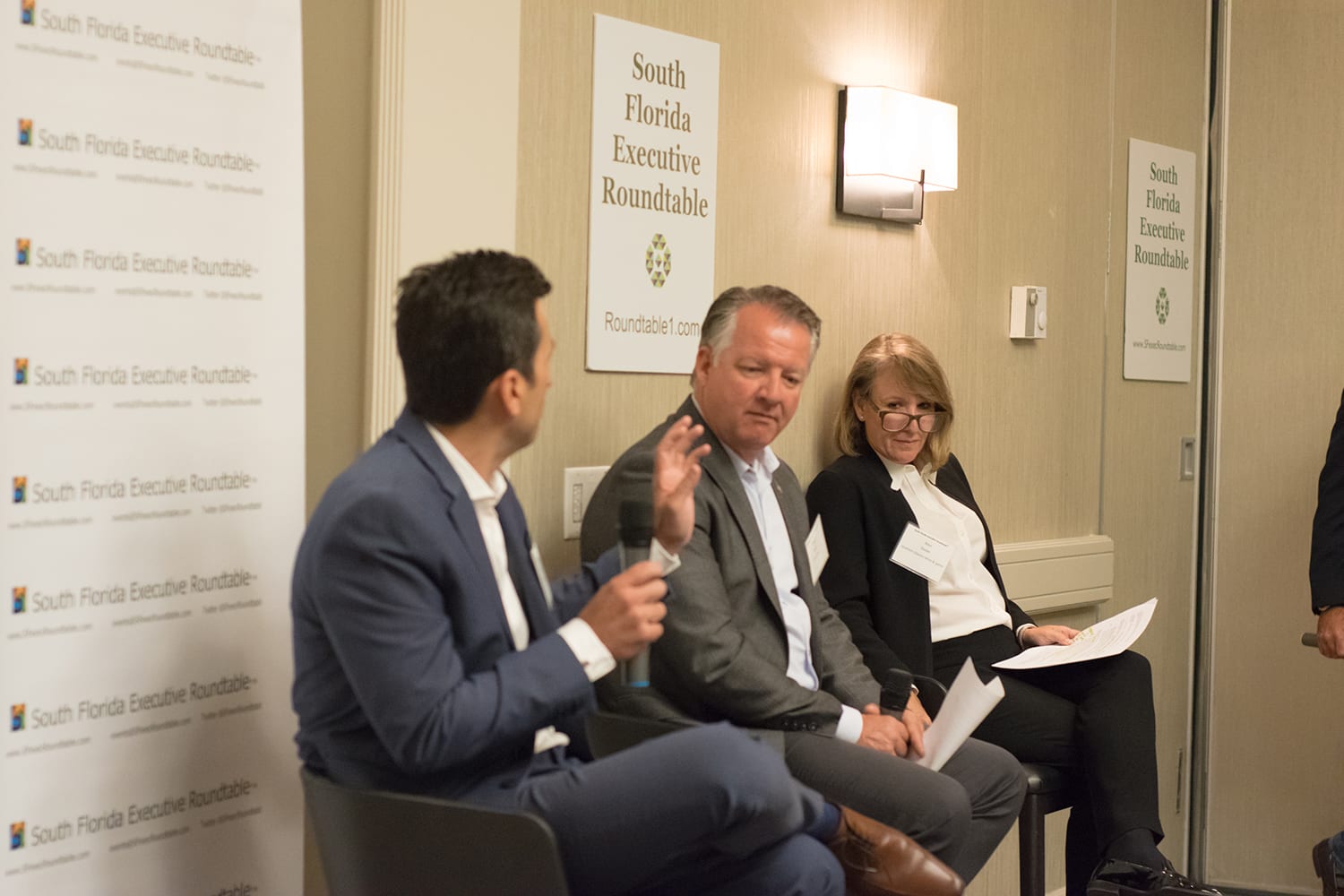 Panelists and speakers at South Florida Executive Roundtable’s Technology Leaders Forum at the Westin Cypress Creek provided an array of insights, tips and warnings to heed when it comes to innovation, human resources, disaster recovery and attracting and retaining talent.

Here are some edited highlights:

Kodak had 85 percent of the photography market and, in 1976, had the first digital camera, Litrento said. In 2012, it filed for Chapter 11 bankruptcy court protection because it lost focus on the customer.

Netflix found its initial business of mailing DVDs needed more marketing, Connolly said. It offered to sell the business to Blockbuster for $50 million, but was rejected. “If your business model works, we can duplicate it,” was the company’s stance. Blockbuster only has one store left in the world. Netflix has a stock market capitalization of $152 billion.

Mobile apps and other digital efforts have enabled better and faster service to customers, Litrento says. Now BankUnited is doubling down on robotics and process automation. One project will use analytics to speed up small business loans under $250,000.

It’s still about the people

The BankUnited elevator pitch is “it’s about people and white glove service,” Litrento says. Make sure senior leadership is open to change and not blocking it. Keep the focus on the customer.

Freund says these steps are essential:

• Have a written plan that envisions a loss of power and telecommunications service. Determine how critical it is for your business to return to service in a given time period and have a plan that fulfills that goal.

• Assign roles to people and practice a couple of times a year. In the event of an approaching hurricane, send a few team members to an unaffected area where they will have telecommunications and internet access.

• Test the plans for fires, hurricanes and cyberattacks.

Pay for your own cooking

Fleischer talked about how interactions with cable companies can be a painful process, perhaps because some employees are getting free service. At Netflix, employees have to pay for the service, which helps them understand the customer perspective.

Be flexible on major projects

A major project might move two steps forward and three steps back, Regan says. Projects might seem to be going swimmingly, when they are not. The key is to remain flexible

Be wary of vendor claims

Rosario was working on a roster project that was tested only in a small environment while GEO Group encompasses many detainees. Make sure vendors understand all the nuances, he advises.

Make sure you are an employer of choice and provide opportunities for existing employees, Dozier says. Her company has launched a new national onboarding program to make sure new employees joining the company are acclimated to all the tools and resources available to become successful and productive.

Make sure to take new hires on a tour, including in the field so they can understand how difficult some people’s jobs are, Rosario says.

Pair millennials and even other new hires with somebody who has been with the organization a long time and can show them the ropes, Regan says.

JM Family hires hundreds of interns each summer, and some of them become employees after graduation. “A lot of it has to do interestingly not with the work JM does, but its work in the community and the reputation JM Family has. A lot of millennials are into that,” Regan says.

Allow people to change jobs and work for another business unit. JM Family founder Jim Moran didn’t like the idea that people would come to JM and leave, Regan says. “He encouraged the cross pollination at business units.”

Develop an integrated culture, Dozier says. Southern Glazer is a multigenerational company with family values and the goal of connecting the old and the new.

Artificial intelligence and robotic process automation are built on clearly defined processes without a gray area, Rosario says. “Most companies I deal with and most people if I ask about processes, they stumble in answering those questions.”

Look at simplifying processes that aren’t value-added activities, Dozier says. For example, a bot can be used to reset passwords. Share plans with suppliers so they can innovate with the right products. ♦