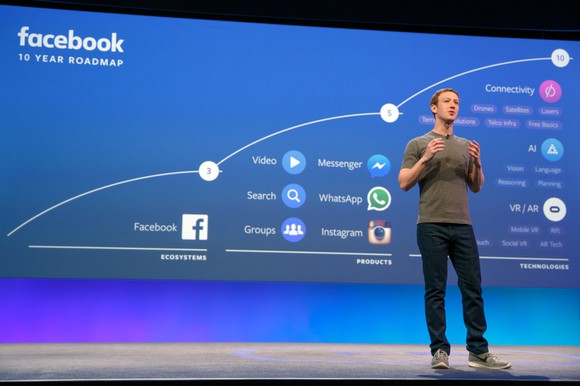 Over the past 20 years, advertising on the internet has evolved in two notable ways. It all started with display advertising: those annoying banner ads that most people ignore but are still all over the place. Then the industry evolved into search advertising, and Alphabet (NASDAQ:GOOG) (NASDAQ:GOOGL) rose to prominence thanks to Google’s ability to target ads based on the query, which is incredibly effective since you know exactly what the user is looking for. The most recent evolution has been social advertising, which has occurred relatively recently.

As social media became an entirely new tech sector, investors couldn’t help but wonder when they could get their hands on a publicly traded social media network. LinkedIn (NYSE:LNKD)was the first to go public back in 2011 (although advertising has never been a big part of LinkedIn’s business), followed by Facebook (NASDAQ:FB) in 2012. A year after that, Twitter (NYSE:TWTR) conducted its IPO. That more or less rounded out the three major players in social media. You had LinkedIn for professional networking, Facebook for cat pictures, and Twitter for anonymous trolling. Investors had a menu of stocks to pick from. 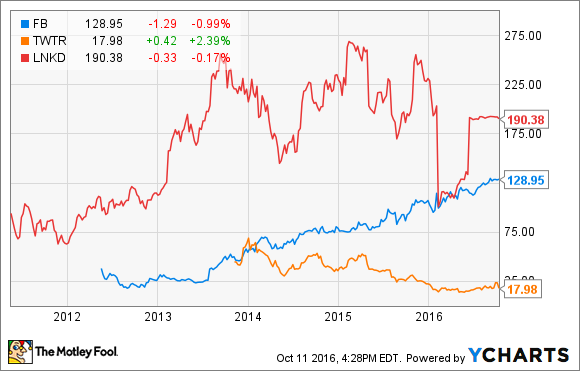 But that menu is about to shrink in a big way.

Just a few months ago, Microsoft (NASDAQ:MSFT) announced that it would acquire LinkedIn for a blockbuster $26 billion, making it the software giant’s largest acquisition in its 40-year history. Considering Microsoft’s strong presence in enterprise software, the deal makes a ton of sense. LinkedIn will allow Microsoft to expand into social media without having to build a platform from scratch, and Microsoft will get its hands on a massive trove of user data.

Since Microsoft and LinkedIn don’t compete directly, it’s unlikely that there will be any meaningful regulatory hurdles for the pair to clear, and Microsoft expects the deal to close by the end of this year. There’s no reason investors should doubt this deal, so LinkedIn shares have traded within close proximity of the $196 offer since June.

Upon closure, LinkedIn will just become another aspect of Microsoft’s empire, removing a meaningful pure-play from the investing table.

Twitter is far less certain. What is clear is that the company has struggled from its public debut to gain investor confidence, and Twitter is the only one of the three that currently trades below its IPO price. LinkedIn and Facebook have performed quite well for their respective shareholders.

We do know that Twitter is on the auction block, and is courting a wide range of suitors from enterprise software companies to search companies and media conglomerates. We have no idea at this point whether or not a bidder will actually emerge, as there aren’t many companies outside of the social media sector that could realize meaningful cost synergies. But it’s still very much a real possibility at this point, and Twitter investors get awfully excited anytime the chances look to tilt in their favor.

If Twitter does indeed get taken out, that would leave just one public pure-play social network left.

Facebook is beyond being acquired. For starters, Mark Zuckerberg made it clear many years ago that he wasn’t willing to sell out. Even Steve Jobs admired Zuck’s desire to build a company instead of cashing out. On top of that, Facebook’s market cap is currently $370 billion, which could push any deal’s value above $400 billion. Ain’t nobody got money for that.

Sure, Facebook could theoretically merge with another tech giant, but the largest merger in history was Vodafone’s $180 billion acquisition of Mannesmann way back in February 2000. And Facebook has no real need to consider mergers or acquisitions, since the company is executing quite well on its own.

There’s a version of events in the coming months where Facebook is left as the only publicly traded social network standing. Considering how nascent this sector is from a public investing standpoint, that was fast.

Apple’s next project could stun investors
While the world watches the next iPhone, a Motley Fool analyst has caught wind of a secret project that could be far, far bigger.

Most investors don’t know about “Project Titan,” but once you do it’s easy to see why you might sell your shares of Apple to load up on three under-the-radar tech stocks instead.

You can learn more about “Project Titan” and the three tech stocks we recommend by clicking here now.