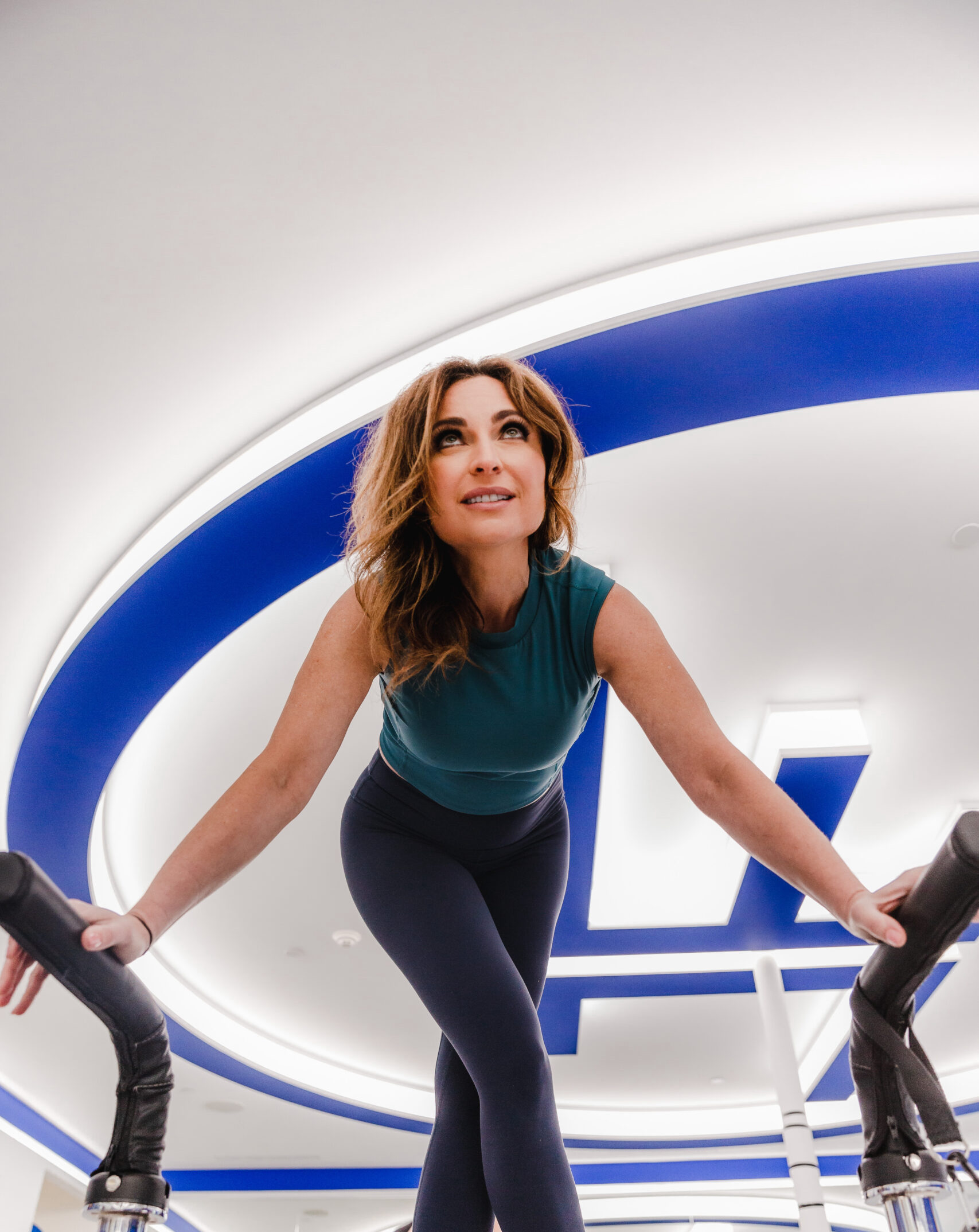 It took decades for the world to embrace the exercise regimen Joseph Hubertus Pilates created after World War I, but local fitness guru Tamara Galinsky is poised to share her twist on it globally—and via a much shorter timeline—in an industry sector showing incredible potential for continued growth.

As the founder and brand president of South Florida-based Jetset Pilates, Galinsky already has four corporate-owned exercise studios in Miami; she recently announced plans to sell franchises worldwide, with one already slated to open in Fort Lauderdale in mid-2023. The move will allow her to dive deeper into a global Pilates and yoga studios market expected to reach $98.19 billion in 2022 and $145.46 billion by 2027.

“I see between 400 to 600 locations,” she explains. “I want to go into really key markets and I want to keep the brand elevated.”

Galinsky’s personal migratory past prepared her for this corporate expansion. As part of what she calls “the last wave of Jewish immigration during the former Soviet Union,” Galinsky and her family moved to Connecticut when she was a teenager, and she attended the University of Pennsylvania, where she studied economics and comparative literature. Later, she became partner of a commercial real estate firm and, from there, relocated to New York.

She and her husband moved to the United Kingdom and landed in Miami in 2009. “I discovered Pilates when I lived in London,” she recalls. “I gave birth to my first daughter and really gained a lot of weight. I couldn’t lose it for a while until I discovered a version of Pilates that had a lot of bells and whistles. That’s indirectly what led me to open Jetset. I went everywhere on Miami Beach, and then 5 miles, 10 miles, 20 miles, and I literally couldn’t find anything.”

In 2010, she leased 800 square feet on Washington Avenue in Miami Beach’s South of Fifth neighborhood. “And it took off pretty much immediately,” she recalls. “When I saw people driving from Aventura, I was like, ‘Wait a second.: There’s something here.’ ”

For those not familiar with Pilates, the workout Galinsky considers the core of her business, here’s a primer: Pilates, which was initially called “Contrology,” focused on movements requiring minimal equipment. After the war, Joseph Pilates immigrated to the United States, where he invented an apparatus that eventually became known as the Universal Reformer. Patented in 1927, the Universal Reformer incorporated a movable carriage on wheels and resistance provided by weights and a pulley. “That allows you to create lean, long, strong bodies without the bulk,” Galinsky explains.

Galinsky’s inspiration was to augment the the sessions with intense choreography and a curated music playlist: “When I went to traditional Pilates class, I would spend about 30 minutes changing the equipment, changing the positions, taking breaks. None of that happens at Jetset. It’s just the 50 minutes with you continuously working out. We only have 5 second transitions.”

Due to the high-energy nature of Jetset’s classes, Galinsky also created her own version of the Reformer: “We partnered with a company out of [Los Angeles] that manufactures them for our specs. I call them ‘little Rolls Royce of a Reformer,’ since they are of the highest quality with the thickest padding, and have the smoothest carriage movement.”

Though the approach might sound appealing, Galinsky says she knows Jetset Pilates is not for everyone. “We have a niche: somebody who was already at a fit level looking to get fitter,” she explains. “Everyone’s body is different, but I think one Jetset class is probably equivalent to taking three [traditional] classes, three days in a row. That’s harder, but the result is faster.”

And the more South Floridians learn about the benefits of these workouts and the tight-knit Jetset community, demand for additional locations increases. Galinsky assembled a team to help provide her with franchising direction and has already approved five applications after receiving nearly 200 inquiries in the initial 60 days.

“I feel like I could start [in South Florida] and then I could travel to Orlando or Tampa,” she says. “But we already have people interested in Austin and Switzerland. I mean everywhere. It’s just a matter of where we choose to go. I’m super excited because I wanted it for so long. But I want to make sure that we control the growth because I want to still feel in touch with everything that’s happening. Some of the things— it’s hard to explain in words—the feeling one gets when they go into the studios: the vibe, the music, the loving instructors. So, I want to be sure that we’re able to create systems and processes to pass all of that along.”

For Galinsky, that effort will not be too much of a stretch.