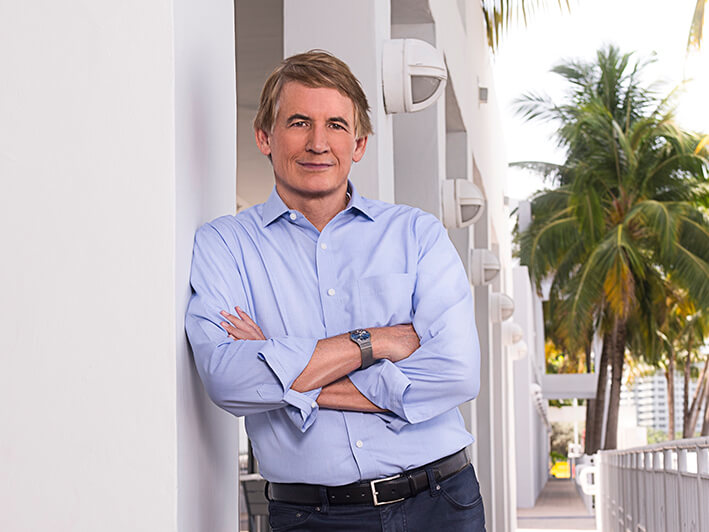 Tips on how to prepare for the next storm

Read more about Irma at SFBWmag.com

There’s a responsibility that comes with doing business in a region that faces hurricane season for half the year.

Experts interviewed by SFBW talked about their experiences with Irma and the right way to prepare in advance to help employees and customers.

National Jets, Fort Lauderdale’s one-stop shop for private charters and fueling, is one company that handled Hurricane Irma like a champ—before, during and after.

“What’s interesting for us, and I’m reaching back since Andrew, we’ve always have had a hurricane preparedness plan. Back then, it was thin,” says President and CEO Sam Robbin. When Hurricane Wilma came in 2005, the aviation company was prepared but still had room to learn.

“With Wilma, we had substantial damage. We believe a tornado hit us,” he says. “It tore off the doors of our hangar and damaged a couple of our airplanes. We didn’t have electricity and phones. But we got through all of that pretty well, because of the hurricane preparedness manual we had. Once you go through something like that you really learn how to get prepared.”

Last year, they went through the drill with Hurricane Matthew, which, fortunately, didn’t make landfall in South Florida. As hurricane season started in June, National Jets did what all companies should do—it reviewed preparedness manuals and made necessary updates.

When Irma began forming, Robbin warned his staff a week in advance. He advised them to protect their homes first. If they needed help, he would find it. This supportive approach, he thinks, eased their minds as they continued to work in the days leading up to the storm. It also helped people bounce back quicker once it passed.

Bryan Norcross, hurricane specialist and meteorologist at The Weather Channel, agrees. “South Florida corporations and businesses should go one step further by helping their employees before a storm approaches,” he says.

“Hurricane preparedness, in my opinion, should be an HR matter,” says Norcross, who was a local TV meteorologist when Hurricane Andrew hit South Florida in 1992. “They need to have clear hurricane policies, and we have to think of these like snow days in the north. Companies need to accept that employees need time to prepare—the day before that or two days—and dictate what window of time employees would have to prepare. It’s not realistic to expect people to work up until the last minute and go home and protect and prepare their homes.”

Peter R. Siegel, a shareholder at Greenspoon Marder, with 25 years of labor and employment and litigation experience, says a natural disaster/hurricane policy should be included in employee handbooks and discussed on the first day on the job.

This would eliminate questions and confusion down the road, he says. “Do not wait the day before the hurricane,” Siegel says. “Employees have bigger concerns at that point, such as getting storm shutters and picking up the kids from school.”

A hurricane is a time for employers to communicate to their employees that they care and have empathy, he says. “When faced with a natural disaster like a hurricane, employers should think about: What are the employer’s legal obligations? And what is the right thing to do? Depending on what you do will keep your employees and minimize employee turnover.”

He thinks an effective policy covers three components: “One is how payroll will be handled. Who will be paid? Address the issue of compensation for exempt and nonexempt employees, as the laws are different. Second, address the issue of hurricane preparation and when the employees can leave. The third should cover the issue of returning to work, where it will not allow or require employees to return to the workplace until it has become safe.”

In addition, companies need to consider that employees that who can work remotely from home will be compensated for their time.

Robbin says National Jets was put to the test this year with Irma. “I think, flat out, people were very scared of the Category 5 pointing at us on the last couple days,” he says. “We had a mass exodus of people leaving South Florida and, of course, people with private jets and charter companies relied on companies like ourselves that provide a private terminal and jet fuel for their aircrafts.”

He and his crew worked until the airport shut down at 8 p.m. Friday, Sept. 8. (The storm made landfall in Florida on Sunday, Sept. 10.) As fuel supply began to run low on Thursday across Florida, National Jets was prepared with an adequate supply to continue operating. “We also had an influx of surrounding private airports coming in on Friday to get fuel,” he says.

“Our team worked shoulder to shoulder,” he recalls. “I couldn’t have been prouder of the group of how much they pulled together. You could see the fear on our passengers’ faces. They had their children and pets in our terminal, and our people worked really hard, smart, and we didn’t have one incident.”

But work didn’t stop during the aftermath. National Jets had to handle return flights, ensure fuel was available, and, most important, make certain its staff and facilities were safe.

“What scared us the most was the velocity of this storm. If a Cat 5 was really going to hit us, all the preparations in the world might not have mattered,” he recalls. “That night on Friday, I went home and wrote a letter to the whole company, letting them know that they did something to make a difference: ‘You guys have earned lifetime customers because of the effort you put forward, because when the guests needed you, you were there.’ I was proud.”

He wrote personal notes thanking the staff members who were involved in the final few days, and the company held an employee luncheon to thank them.

For businesses, there’s the “before, during and aftermath” phenomenon to consider, says Maia Sisk, director of offering management, location and new markets at IBM’s The Weather Company. The division sells weather forecast and natural-disaster business solutions to companies.

Businesses still have a long way to go, Norcross says.

“If you can get companies in Florida to really adopt the idea of combining HR and hurricane preparedness—it would be a tremendous benefit to the region,” he says. “This is the unlearned lesson. This is the lesson that didn’t stick. Everyone knew after Hurricane Andrew that the employers that let their employees prepare were in better shape and could get back to work, quicker. It made a difference.” ♦