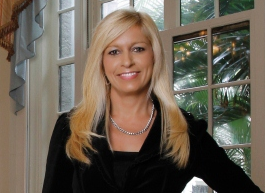 Local governments have a big fight with Tallahassee

There’s a big power struggle going on between the Florida Legislature and local governments that’s raising a red flag with economic development agencies.

One reason for the push is that it’s more efficient for companies such as Airbnb and Uber to fight for broad statewide legislation rather than deal with rules adopted by each municipality. It shouldn’t be a surprise, then, that the lobbyist directory for the 2018 Florida Legislature has 25 entries for Uber and 12 for Airbnb.

The economic development agency backlash was highlighted in an email sent out by the Palm Beach Business Development Board.

“At our last executive committee and board meeting in December, we discussed a new proposed House Bill 3, which would impose many new, onerous, and redundant reporting requirements and regulations on local economic development and tourism organizations. Yesterday, we learned that a companion bill has been filed in the Senate, SB 1714,” stated the email from BDB President and CEO Kelly Smallridge.

The BDB is a private organization that does not have any contracts with the state, but the bills would require the BDB to behave as if it was a government agency, Smallridge says. “It would dictate, for example, how much we pay our staff, require disclosure of strategies through the taping of board meetings posted on our website, and require us to seek permission to contract with vendors for goods and services that we rely on to conduct our business.”

The BDB says it gets 60 percent of its funding from private investment sources and 40 percent from an economic development contract with Palm Beach County.

The bills would make it difficult, time-consuming, and expensive for economic development organizations to operate and compete with other states for jobs and capital investment, Smallridge says.

“Similar bills are making their way through the House and Senate this session. All are part of a well-coordinated attack on home rule as the Legislature seeks to take local control away from city and county governments,” Smallridge says.

“Representatives from the Florida League of Cities told reporters Monday that preventing bills from preempting local powers was a ‘super-priority’ for this session, which lasts two months. The group has battled in recent years against legislation that takes home rule powers and gives them to the state,” the Miami Herald reported on Monday.

An editorial on the Ocala StarBanner’s website says, “The Republican-dominated Legislature has in recent years employed “pre-emption” to replace locally crafted ordinances with statewide laws. Pre-emption has typically focused on local laws that state legislators — and lobbyists and their patrons — don’t like. The Legislature has intervened on a wide range of matters — liberalizing gun laws, restricting local fertilizer rules and the like. Bills pending in the Legislature, which opened its session Tuesday, would prevent cities and counties from regulating short-term home rentals, overtake local ordinances on trees and impose significant limits on community redevelopment organizations.”

The Beacon Council, the Miami-Dade counterpart to the BDB, declined to comment on the bills, but Greater Fort Lauderdale Alliance President and CEO Bob Swindell released a statement after a query from SFBW.

“This legislation seeks to add layers on layers of unnecessary and harmful bureaucracy to public/private economic development partnerships that are intentionally structured to function nimbly and responsively like a business,” Swindell says. “ In an era where our legislators seek to unshackle business and reduce regulations on business growth, this bill negatively impacts how predominately privately funded organizations are able to compete and offer invaluable business services to companies looking to grow in Florida.”

The bills would require proprietary information sharing that violates the spirit of confidentiality of the business expansion and recruitment process and strategy, delivering confidential strategic information on a silver platter to competitor states and communities, Swindell says. “Potential companies and projects would be subject to open speculation in the press causing irreparable damage to companies we have targeted and endeavor to develop a trusted relationship.”

The legislation would have unanticipated consequences in inhibiting that growth by severely impeding our ability to aggressively recruit, retain and grow high paying jobs and diverse industries in our state, Swindell says.

Both the BDB and Alliance are urging business leaders to contact their state Senators and Representatives. (Click here to look yours up.)

Here are the BDB talking points in response: