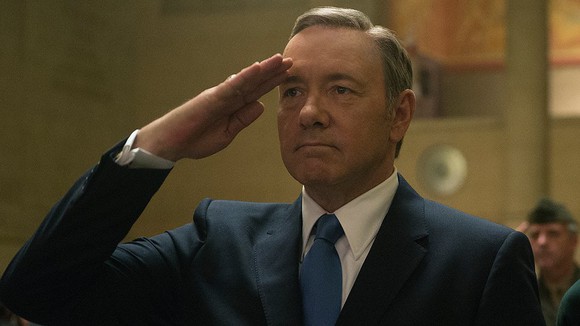 I sold 90% of my original position in the disruptive video giant way too soon. When you find a growth stock early in its cycle of redefining the market, you hold on.

It’s been a year and a half since I shared with you my bittersweet tale about about the one that mostly got away. I was one of the early Netflix (NASDAQ:NFLX) investors, only to quickly dump most of my position in the freshly public upstart that would go on to revolutionize the way that we consume video content.

I didn’t think that I would revisit this story, but with Netflix stock going on to become the biggest gainer in the S&P 500 last year — and now trading nicely higher in 2016 after last week’s blowout quarter — my story’s carnage has intensified. What was a $505,845 blunder early last year has now ballooned into an $802,179 mistake.

Let’s go back 14 years to when Netflix went public. I was skeptical at the time, bashing the business model and the stock. Renting out DVDs by shipping them out of its California distribution center seemed like a lousy proposition, with weeklong roundtrip delivery cycles for those of us on the East Coast. The stock went on to tank after the initial buzz, and that’s when I decided to kick the tires as a subscriber — and more importantly as an investor.

Netflix was aggressively building out its network of regional DVD distribution centers, speeding up the gap between disc-enclosed mailers from as long as a week to as little as two days. I went from being arguably Netflix’s biggest critic to being its biggest fan, and with the IPO falling out of favor I was able to pick up 500 shares for less than $2,600 in October 2002. I had finally nailed the bottom on a stock, and I wrote about changing my tune on Netflix shortly after that. Anyone heeding the call in that bullish article would be sitting on a 240-bagger.

The waiting is the hardest part

I’ve learned the hard way that patience matters when it comes to investing. Netflix began to move higher as the mail-based platform took off, and I sold 80% of my stake in 2003. I got trigger-happy. I should’ve let the greed consume me instead.

The 100 shares I retained became 200 shares after the split in 2004, but a few years after that I sold half of my position. The stock was a big winner at that point, but this was before Netflix’s streaming platform became an international darling and Netflix became the S&P 500’s biggest gainer in 2013 and 2015.

One can argue that I shouldn’t complain. I still own 10% of my original position, and those 50 shares are now 700 shares at a cost basis of $0.37 apiece. If I ever need to tell the story of my biggest winner I can point to my 300-bagger. However, the split-adjusted 6,300 shares that I sold too soon would be worth $802,179 as of Monday’s close. “That obviously would’ve gone a long way toward retirement, dreaming, or giving my kids one less reason to be resentful,” I wrote last year, and the sum only grows as Netflix continues to dominate and redefine the market.

I would like to think that it was a costly but important lesson. When you find a disruptive growth stock early in the market-rattling process, you hold on and see it through. Let my loss be your gain. It’s the least that I can do.

10 stocks we like better than Netflix
When investing geniuses David and Tom Gardner have a stock tip, it can pay to listen. After all, the newsletter they have run for over a decade, Motley Fool Stock Advisor, has tripled the market.*

David and Tom just revealed what they believe are the ten best stocks for investors to buy right now… and Netflix wasn’t one of them! That’s right — they think these 10 stocks are even better buys.