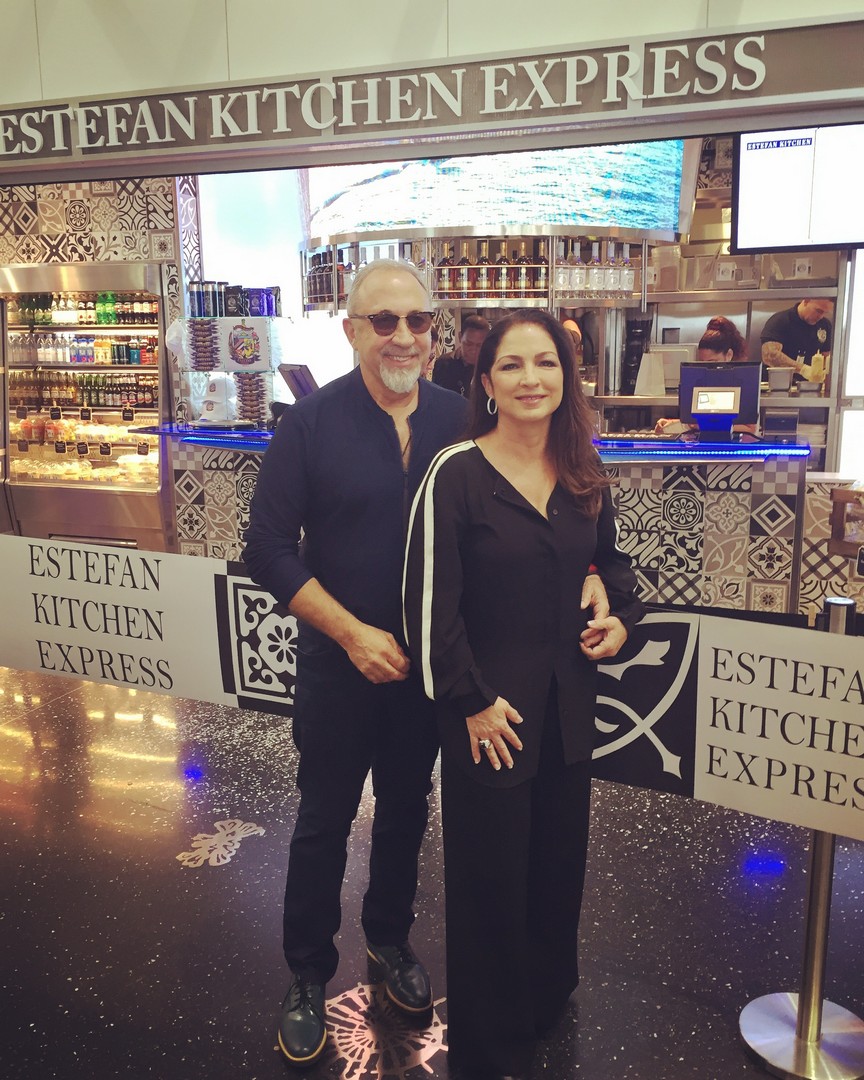 If you are looking for a good mojito or Cuban sandwich at Miami International Airport, Emilio and Gloria Estefan have a solution: Estefan Kitchen Express has opened at MIA’s Marketplace in the North Terminal by Gate D27.

While the music superstars have been known for their Bongos restaurants, this is the first taste of their Estefan Kitchen Express concept. It offers a made to order menu, including croquettes, freshly baked lechón flatbreads, desserts and roast pork, Cuban and medianoche sandwiches. Diet-friendly items include chicken soup, turkey and cheese wraps and salads.

Click on the photo below to see a slideshow.

“The Estefans are cultural icons and valued corporate partners in our community, so we are thrilled to see the expansion of their brand at MIA,” said Miami-Dade Aviation Director Emilio T. González. “Estefan Kitchen Express adds even more diversity to our North Terminal Marketplace, where we already feature cuisine from popular local vendors such as Fig and Fennel, My Ceviche, Half Moon Empanadas, and soon, Chefs of the Caribbean.”

While the Estefans are famous worldwide for Grammy awards in music, they also big in the restaurant field with Larios on the Beach, on Miami Beach’s Ocean Drive and Bongos Cuban Café restaurants in MIA’s south terminal, downtown Miami, Hollywood and Orlando. They plan to open Estefan Kitchen in Miami’s Design District this fall.

The Estefans also own the Cardozo Hotel, on Miami Beach and Costa d’Este Resort & Spa in Vero Beach.