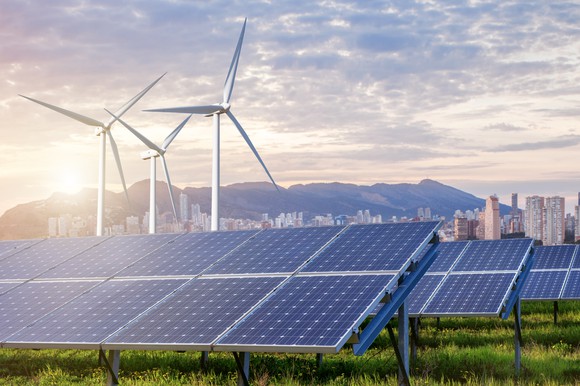 That big round number would be a milestone for NEE, which is generally regarded as one of the best managed utilities in the nation. Moreover, NEE is the nation’s largest generator of solar and wind power.

NEE’s home page has some interesting facts about the company:

It’s likely that NEE will be getting more ink from stock analysts. Members of the company’s senior management team are scheduled to participate in various investor meetings and conferences through February, a Feb. 1 press release said. They plan to discuss, among other things, long-term growth rate expectations for NextEra Energy and NextEra Energy Partners.

Here’s how the company describes itself in the press release:

NextEra Energy also owns a competitive energy business, NextEra Energy Resources, LLC, which, together with its affiliated entities, is the world’s largest generator of renewable energy from the wind and sun and a world leader in battery storage. Through its subsidiaries, NextEra Energy generates clean, emissions-free electricity from eight commercial nuclear power units in Florida, New Hampshire, Iowa and Wisconsin.

A Fortune 200 company and included in the S&P 100 index, NextEra Energy has been recognized often by third parties for its efforts in sustainability, corporate responsibility, ethics and compliance, and diversity. NextEra Energy is ranked No. 1 in the electric and gas utilities industry on Fortune’s 2019 list of “World’s Most Admired Companies” and ranked among the top 25 on Fortune’s 2018 list of companies that “Change the World.” For more information about NextEra Energy companies, visit these websites: www.NextEraEnergy.com, www.FPL.com, www.GulfPower.com, www.NextEraEnergyResources.com.