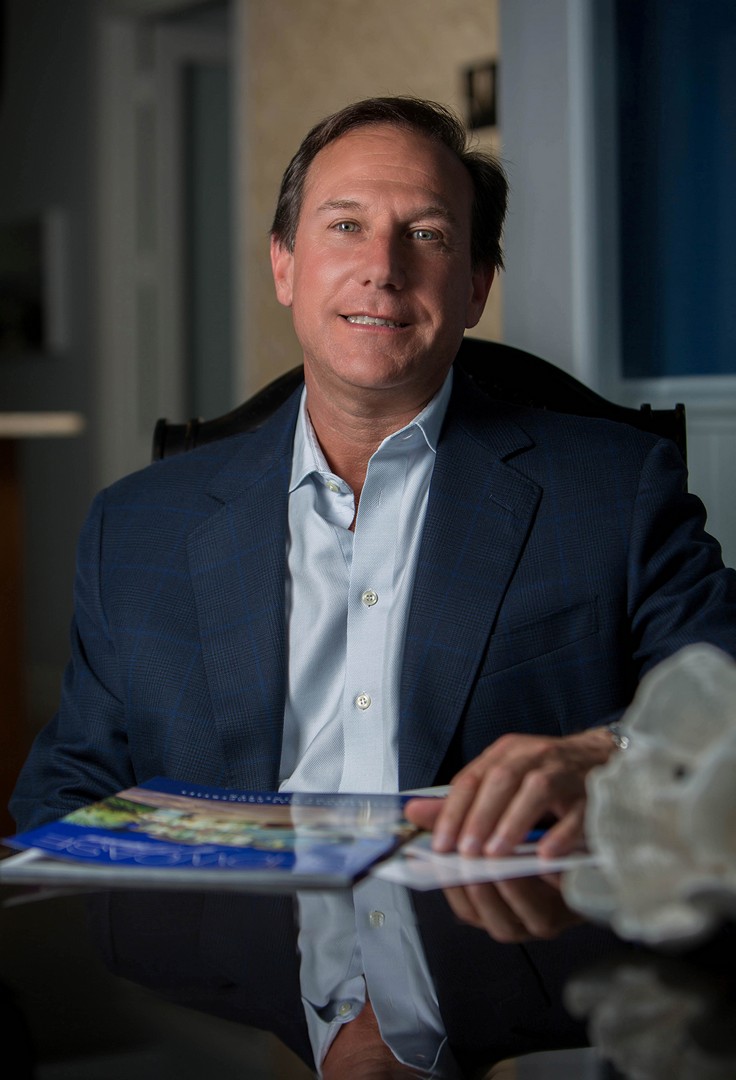 Early in its days, when Lang Realty still was finding its legs, Scott Agran knew what ultimately would make his company successful: its agents.

“There are so many aspects that make someone a successful Realtor,” says Agran, president of the Boca Raton-based real estate firm. “I believe in fostering a lot of different personalities and a lot of different business practices, as long as they run by one rule: Represent me in a professional and ethical manner.

“We don’t create cookie-cutter entrepreneurs,” he stresses. “We create a lot of business solutions that are pretty much plug-and-play, where the Realtor can maximize their marketing initiatives with very little effort and build their business.”

In the process, those agents – more than 400 on the Lang Realty roster – propelled the company to Palm Beach County’s No. 1 spot in listings last year and put it on pace to achieve more than $1.1 billion in brokered sales for the fourth consecutive year.

Agran, who began the business about 25 years ago with his mother and his business partner, Bill Isaacson, backs up his philosophy with his checkbook. Lang has a full-time coach/trainer on staff who’s trained in Tony Robbins motivational methods and is one of 12 trainers in the country certified in the proprietary Ninja Selling program, presented in four-day classes throughout the year.

“The real estate business really is 24/7, blending your personal life and your business life into one,” says Agran, sounding like a preacher of his own personal gospel. “It’s the Tony Robbins concept of balance: ‘What is stopping you from getting your personal happiness and your business goals achieved?’ Sometimes working through those things is what’s necessary to break out and have the success you want.”

Continually training his agents – or getting out of the way of successful agents to let them pursue their own paths – has been a key driver for Lang Realty from the beginning, says Agran. “We don’t see them as ‘agents,’ but as business partners. We offer them things that can enhance their business with very little effort. We allow them to pick and choose what initiatives they think will take their business to the next level.”

That commitment to people paid off during the meltdown of the real estate and financial markets in 2007 and 2008. At the time, Lang Realty consisted of three offices and about 120 agents.

“When the market got tough, [other] Realtors were looking for solutions,” Agran says. “When we pitched our business solution to them, it was exactly what they were looking for. They were lost, they were afraid, they didn’t have systems for their businesses, and it just looked bleak and grim. We gave them the confidence and the missing tools to allow them to have hope and plan a strategy moving forward.”

While other real estate firms were losing 30 to 40 percent of their business, Lang Realty was at least maintaining its 2005 sales levels. And when the recovery started shining through the dark clouds of the crash, Lang emerged with 11 offices and more than 400 agents. “Our real growth spurt happened during the worst market there was,” Agran says.

Agran looks to the future both optimistically and aggressively, pointing particularly to his plan for a “Lang University concept” in the next three to five years. It would selectively recruit 25 to 30 agents a year, train them “in the Lang way of doing things” and allow them to graduate and choose their own Lang office.

“With a selective approach, we can create something special for newer agents that can be the lifeblood of our office, especially in the next five to 10 years as our agent population ages,” Agran says. “Attracting the best agents; giving them the tools, autonomy and free rein to do what they do best; and then catering to their business. Who wouldn’t want that?”