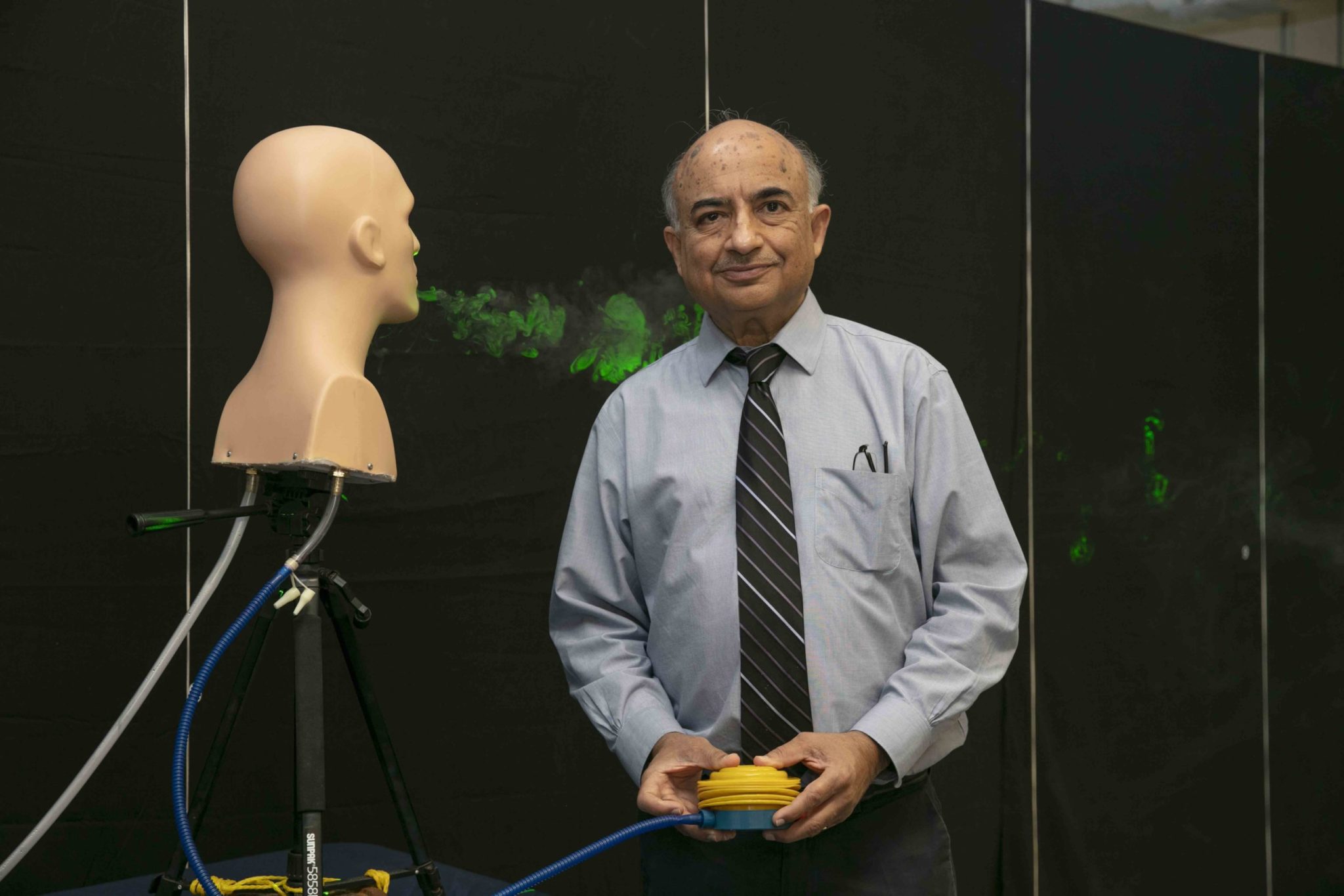 Six-foot social distancing advice may not be enough

CDC social distancing guidelines for the COVID-19 pandemic recommend people stay six feet apart, but research by Florida Atlantic University indicates that may not be enough. 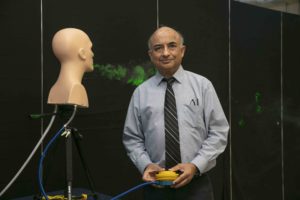 The FAU researchers found particles from a heavy cough can travel up to 12 feet, while other reports are even more worrisome.

A Journal of the American Medical Association article says the Centers for Disease Control and the World Health Organization classification systems employ “various arbitrary droplet diameter cutoffs” and found droplets can travel 23 to 27 feet. A New York Times article says it’s all about probabilities and “six feet has never been a magic number that guarantees complete protection.”

The researchers from FAU’s College of Engineering and Computer Science were able to visually demonstrate in a video a mechanically emulated cough/sneeze jet from a simulated mouth and the associated particle-laden airflow.

“Our goal was to demonstrate the fate of smaller size particles that are present in the exhaled jet of a cough. We used a mixture of distilled water and glycerin to represent the synthetic fog that made up the content of the cough-jet that was expelled from the mannequin’s nose and mouth during our experiment,” said Manhar Dhanak, Ph.D., a professor, chair of FAU’s Department of Ocean and Mechanical Engineering, and director of FAU’s SeaTech, who conducted the study with Siddhartha Verma, Ph.D., an assistant professor in FAU’s Department of Ocean and Mechanical Engineering. “The fog is initially warmer than the ambient air, just as in the case of an exhaled cough-jet, however, it cools as it travels through the air.”

Particles and droplets that result from a human cough or sneeze typically range in size from 5 to 500 microns. The larger particles fall to the ground within a short distance due to gravity, but smaller particles can be carried longer distances by prevailing breezes of air. The particulates making up the fog from the fog machine Dhanak and Verma used in the emulation of the cough-jet ranged in size from 10 to 20 microns.

To visualize the particles from the exhaled air in the mannequin and film the cough jet, the researchers used LED and laser lights. The visualization highlights the structure of the jets and provides the distances over which the jets extend from the source.

“Preliminary results from our experiment reveal that significant concentrations of small particles from a turbulent jet such as from a heavy cough/sneeze can linger in still air for more than one minute. It only took the particles a couple of seconds to travel 3 feet; in about 12 seconds it reached 6 feet and in about 41 seconds it reached around 9 feet,” said Verma.

For a heavy cough, the researchers found that particles can even travel up to 12 feet. A lighter cough does not travel as far.

“In the case of light coughing, it can lead to formation of vortex rings in which the particles and droplets ejected in the cough-jet remain confined to evolving toroidal [swirling around a vortex] flow structures,” said Dhanak. “The rings appear to travel 1 to 9 feet or more before getting diffused and breaking up. We found that wearing a face mask doesn’t stop the particles 100 percent, but it does slow down the cough jets.”

Dhanak and Verma say additional research is required to refine the emulation of the coughing action as well as the visualization of the airflow in order to better quantify their results.

“Initial results from the experiment that professors Dhanak and Verma conducted have important implications for how we protect the public from this highly infectious disease,” said Stella Batalama, Ph.D., dean of FAU’s College of Engineering and Computer Science. “There is currently a gap in knowledge over how COVID-19 spreads as well as a scientific debate about how the disease moves in the air. This experiment will help to shed more light on the spread of the disease through aerosols. Moreover, it underscores why it is so essential to cover your cough and sneezes and to wear a face mask when you are out in public settings.”