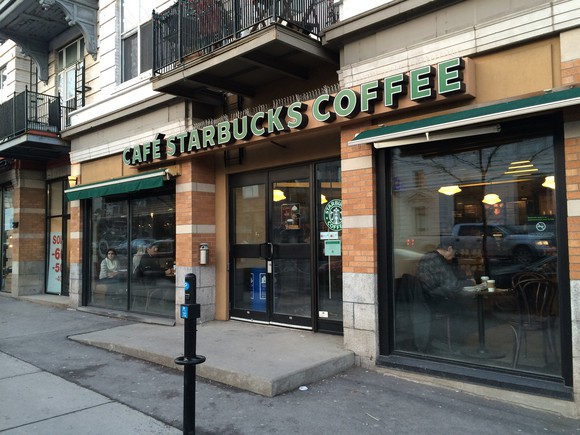 Starbucks detailed its ambitious growth plans for the next five fiscal years.

During his opening remarks at Starbucks‘ (NASDAQ:SBUX) recent investor-day conference, CEO Howard Schultz crowed about the progress the company had made in the two years since its last investor day. He pointed to a 27% increase in revenue and 39% EPS growth over that two-year period, driving a 45% increase in Starbucks’ market cap.

Starbucks’ management then proceeded to lay out equally ambitious growth targets for the next five years. Most notably, the company expects to generate mid-single-digit annual comp sales growth over that period, driving annual revenue growth of at least 10% and 15%-20% annual EPS growth.

Let’s look at some of the key initiatives Starbucks is relying upon to drive this strong growth.

While the U.S. market may seem fully saturated, Starbucks has continued to open lots of stores in recent years, with great results. In fact, Starbucks executives have said that the “class” of new stores opened during the past year has delivered better financial performance than any other class of new stores in Starbucks’ history.

Starbucks has been adding 500 to 600 stores per year in the U.S. recently. In the next five years, it plans to open another 3,400 stores domestically while also renovating or relocating the vast majority of its existing U.S. store portfolio. Starbucks’ experience in cities like its hometown of Seattle has shown that it can push store density very high before it encounters diminishing returns in terms of incremental revenue.

Starbucks also plans to grow significantly in Europe. For a long time, Europe has been the company’s Achilles’ heel. However, by reorganizing its business in Europe to favor licensed stores over company-owned stores, Starbucks has dramatically improved its profitability there. That’s paving the way for faster store expansion going forward.

Considering that Starbucks sees ample growth opportunities in mature markets, it’s no surprise that the company is extremely bullish about China. Over the next five years, it plans to double its store count in China to at least 5,000 stores, while tripling its revenue and operating income.

Starbucks’ management also emphasized that this is just the start. As the Chinese middle class expands, Starbucks will be able to continue growing in China for decades. Schultz has been adamant that China will eventually be a bigger market for Starbucks than the United States.

A third key aspect of Starbucks’ growth plan is its move into the super-premium coffee market. This began two years ago with the opening of the Starbucks Reserve Roastery and Tasting Room in Seattle. Starbucks already has four more roasteries scheduled to open in the next three years. In the long run, it envisions operating 20 to 30 of these flagship locations, serving coffee beverages that cost as much as $10 each.

THE FIRST STARBUCKS RESERVE ROASTERY HAS BEEN A HUGE SUCCESS. IMAGE SOURCE: STARBUCKS.

These roasteries will in turn supply a network of 1,000 Starbucks Reserve stores. The company recently opened the first protoypes for this new concept. Reserve stores will be twice as large as a typical Starbucks store and are expected to produce double the annual sales volume.

While pricey super-premium coffee will be the centerpiece of the new Starbucks Reserve brand, these stores will also offer a much higher-quality food selection. Earlier this year, Starbucks invested in a boutique Italian bakery called Princi. It will offer fresh-baked Princi food in its Reserve stores, compared with the packaged offerings available in its other stores.

This combination of pricey coffee and fresh food has paid off in a big way for the Seattle roastery, where the average transaction price is four times the company average. Starbucks hopes it will be able to produce similar results on a broader scale going forward.

Finally, Starbucks aims to gain more market share in the lucrative consumer packaged-goods market. First, it has a continued runway for sales growth in both packaged coffee and ready-to-drink coffee.

Second, Starbucks is preparing to make its move into the ready-to-drink tea market — which is even larger than the ready-to-drink coffee market — through its Teavana brand. Over the next five years, Starbucks believes it can grow its annual CPG revenue from $1.9 billion to $3.0 billion, while boosting operating income by 75%.

Aggressive targets, but Starbucks has a track record

Starbucks’ growth targets for the next five years are clearly aggressive in light of the headwinds facing retailers and restaurants. Starbucks executives have acknowledged that the declines in retail traffic are putting pressure on sales growth in the core U.S. market.

The new Starbucks Reserve stores are intended to be more of a “destination” than standard Starbucks stores, reducing the company’s reliance on broader retail traffic trends. Even so, investors need to make a leap of faith, given the lack of hard data about this potential growth driver. Based on Starbucks’ strong momentum and long track record of success, this faith is well deserved.