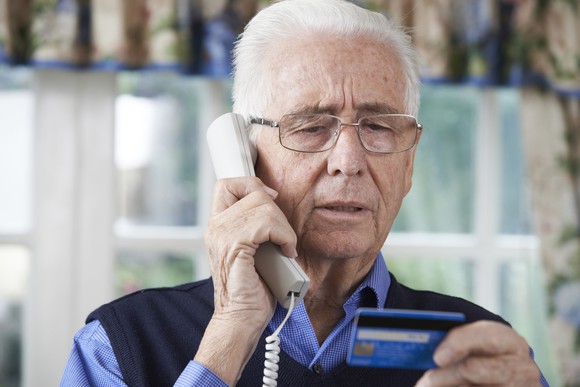 Tax Scams to Watch Out For This Summer

Just because tax season is over doesn’t mean the scammers have called it quits.

The tax deadline has passed, and it may seem like now is the time to relax and forget about tax scammers for the time being. And it’s true that if you’ve already filed, you don’t need to worry about certain scams for now, such as a criminal filing a false return in your name.

Yet the summer months are prime time for other types of tax scams. Here are some cons you should watch out for and some ways to avoid falling victim to a fraudster this summer.

What scams should you look for?
Phone scams, in which a caller impersonates an IRS agent and demands payment for a phony tax bill, have become extremely common. These take many different forms, but the common factor is that the caller is aggressive and threatening (a big red flag that it’s not the IRS) and demands immediate payment, often in the form of a prepaid debit card or wire transfer.

These scams are common in the months immediately following the tax deadline, since it’s plausible to many unsuspecting taxpayers that the IRS has received their return and is now calling to alert them of an unpaid balance.

These callers can be rather convincing. They may have an official-sounding title, give a fake badge number, and they might know a great deal of personal information about you. The caller ID may even say “IRS” or something similar. This is why scammers have been successful at stealing $26.5 million from unsuspecting taxpayers so far.

Another type of tax scam to look out for is phishing, which is where an intended victim receives an unsolicited email intended to obtain personal information or to trick you into sending money. Like phone scams, this takes many forms, such as telling a taxpayer to “update their file” with the IRS and sending them to a bogus website.

Fortunately, phishing scams are relatively easy to spot if you know what to look for. Specifically, any official IRS website begins with www.irs.gov (not irs.com, irsgov.com, or any other variation). If an “IRS” website you’re looking at doesn’t start with this address, it’s probably a fake.
Thieves are creative, so don’t fall for any tricks
In order to stay a step ahead of law enforcement and unsuspecting taxpayers, criminals are constantly coming up with new and improved scams designed to get your money. Many of these can be quite convincing and official sounding, and may even say some variation of “IRS” on your caller ID.

For example, the IRS recently issued a warning to taxpayers, particularly college students, about a phone scam variation where an IRS impersonator calls to demand payment for the Federal Student Tax. Sounds official, right? Well, the Federal Student Tax doesn’t exist, but that hasn’t stopped several college students from wiring money to these scammers after false threats of arrest.

In addition, the IRS will never:

Threaten to have local police or other law enforcement organizations arrest you if you don’t pay.
Initiate contact with taxpayers by email, text message, or social media.
Demand you pay taxes, unless you’ve had the opportunity to appeal the amount they say you owe.
Require a specific and/or unconventional payment method. The IRS gladly accepts checks, as well as credit and debit cards through authorized third-party websites you can access through www.irs.gov.
Ask for a credit card (or debit card) number over the phone.
The bottom line on tax scams
As with any other type of scam, the best way to avoid being victimized by a tax scam is to know the warning signs. If you know how the IRS interacts with taxpayers and what a legitimate IRS web address looks like, then you can avoid phone and phishing tax scams 100% of the time.