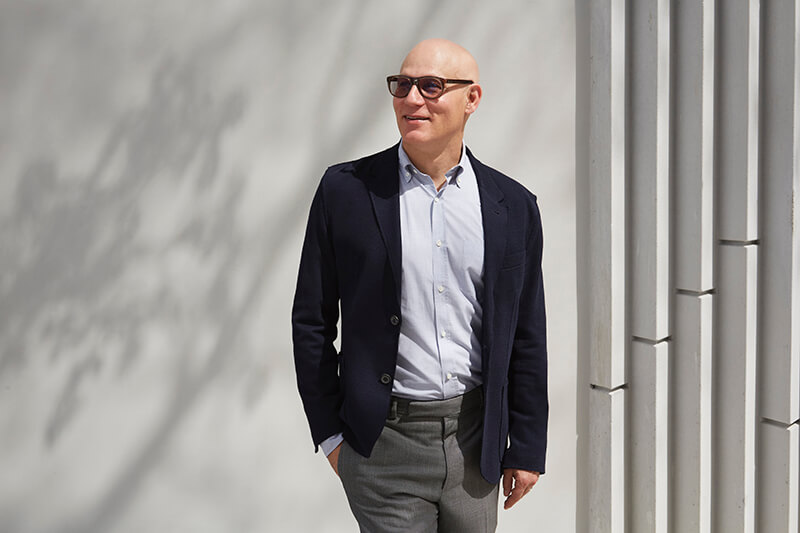 The first week of December is when the world comes to Miami to see the latest in contemporary visual arts during three big annual events—Art Basel Miami Beach, Design Miami, Art Miami—and a host of related fairs and other happenings. International and domestic visitors come to experience and sometimes buy art, but even when they don’t buy it, they do spend money in hotels, restaurants and stores and at events. Sometimes, they acquire real estate and other property during or as a result of their visit.

Patrick O’Connell, senior vice president for business development at EWM Realty International, who works with condominium developers, says, “Art Week has become a focal point of their marketing efforts over the course of the year, and a significant portion of their marketing budget is dedicated to print and digital media.”

O’Connell estimates the economic impact of Art Week in Miami exceeds $1 billion annually, “based on the interest it creates in the city, resulting in more overnight visits and property sales,” he says.

That number makes sense, considering Miami-Dade County’s nonprofit arts and culture industries alone generate $1.43 billion in annual economic activity, according to “Arts & Economic Prosperity 5,” a study by Americans for the Arts—although it’s impossible right now to determine the share of visual arts in the total. Also unknown: how much for-profit companies add to the economic impact of the arts in general and visual arts specifically.

Released in mid-October, the study placed Miami among the top four American cities in the arts, along with New York, Chicago and Philadelphia. Unlike those older cities, Miami’s arts scene was built in less than a generation, helping lead the region’s transformation. Art Miami started in 1989. Art Basel arrived in 2002, and Design Miami followed in 2005.

Design Miami was founded by developer Craig Robins, who already had begun creating the Miami Design District. Initially, the district was the home of furniture design, but later it became, Robins says, “a cultural hub and an incubator for design, art and creative expression.” As luxury retailers opened shops with products from Christian Louboutin, Louis Vuitton, Christian Dior and Cartier, among others, it “gave us the resources to invest in a strong cultural foundation, which we’ve continued to do even through to this phase of development.”

The idea behind the district was to create “an open-air neighborhood feel” reminiscent of European shopping plazas and to expand the neighborhood as time and sales allowed. “We are really curating not just a retail center but a full visitor experience unlike any other in Miami. The architecture, art and event programming that has been implemented in the neighborhood are so unique,” Robins says, “and we hope that all this adds to the community feel of the district.”

Miami Art Week visitors will see an expanded Design District with Paradise Plaza, an urban park and retail plaza connected by the new Paseo Ponti to the original Palm Court. Paseo Ponti will feature shade sculptures by brothers Ronan and Erwin Bouroullec, while a sculpture by Urs Fischer will distinguish Paradise Plaza. Also, the district commissioned architecture and design firm Charlap Hyman & Herrero to bring simulated snow to the local palm trees via “White Rain,” their installation of tinsel-like strands among the fronds.

The new Institute of Contemporary Art building is due to open during Art Week on land donated by the district. For the opening, the institute and the district will introduce a public sculpture series. Conceptual artist Sol LeWitt will begin the series with two monumental, block-like ziggurats.

Construction on the seven-story Museum Garage won’t be finished by Art Week, but it is guaranteed to surprise visitors with five startlingly different facades from five architects: Work AC, J. Mayer H., Clavel Arquitectos, Nicolas Buffe and K/R Architects, with a mural by design firm Sagmeister & Walsh. Robins commissioned Terence Riley of K/R to develop the plan for the Museum Garage and to coordinate the architectural firms collaborating on it.

The relationship between the arts and economic development—encouraged by private and public sources—is becoming increasingly interesting for investors in South Florida and beyond. Several conferences around that topic were held in November.

On Dec. 6, the fourth annual edition of the Florida Annual Family Office & Wealth Management Conference takes place, as always on the day before Art Basel opens. More than 150 families, representing $60 billion, are anticipated to attend. Afterward, participants can enjoy a week of art-related events.

Robins can’t wait for the first week of December. “This phase of development for us is incredibly exciting, as this is when guests will finally see the full potential and idea behind the Miami Design District come to life,” Robins says. The result will be good for the visitors but also for the district, he adds.

“Miami may not have typical seasons,” Robins says, “but for the Miami Design District, Art Basel is like Christmas.”↵

Luxury retailers have flocked to the Design District

Artwork on the district’s museum garage