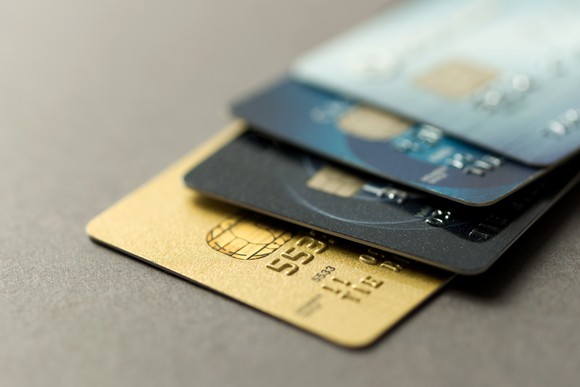 The Best Credit Cards for What Consumers Actually Want

Americans want straightforward credit card rewards, so here are some cards that have them.

There are several reasons for the frustration, such as reward programs that are difficult to understand, limited to a certain amount of purchases, or only apply to certain types of purchases. Here’s what consumers want out of their rewards credit cards, and some good options you may want to take a look at if you’re unsatisfied with your current card.

What Americans want from their rewards cards
First of all, it’s reasonable to take the Capital One survey with a grain of salt, because even though it was done by Wakefield Research, it was done for Capital One. However, the independent J.D. Power 2015 U.S. Credit Card Satisfaction Study found that just 54% of Americans perceive their current credit cards’ rewards as attractive. So, while the actual percentage is up for debate, it’s fair to say that many Americans aren’t satisfied.

According to the Capital One survey, consumers want cards that are easy to understand; 24% say it’s difficult to determine the value of their rewards. For example, the value of hotel points can vary dramatically depending on the particular hotel chain and the property where you’re trying to book a vacation.

And, most consumers (79%) would ideally like to use just one rewards card for all purchases. In fact, one of the major issues consumers have with their cash-back cards are different rewards rates on different purchase types, such as rotating rewards categories.
Cash-back preferences, and good examples to consider
When the Capital One study asked about the most important feature of a cash-back rewards program, the top three answers were:

Earning the most cash back for every dollar spent (40%).
Earning the same amount of rewards across all purchases (15%).
A clearly understandable rewards program (13%).

Capital One’s Quicksilver card is a good example of a card designed to meet these needs. Cardholders earn 1.5% cash back on all purchases with no limits, and redeeming cash back is straightforward.

An example from another financial institution is the Citi Double Cash card. This one pays 1% for all purchases and an additional 1% when the bill is paid, for an effective cash-back rate of 2%. So, while this is a bit more complicated than the Quicksilver’s reward program (but still pretty straightforward, it could be a great choice for consumers who pay their bill each month and want to maximize their cash back.

It’s also important to mention that many people do prefer cards with high reward rates for certain categories. For example, the Blue Cash Preferred Card from American Express offers up to 6% cash back on up to $6,000 in purchases at U.S. supermarkets, but only pays 1% on general purchases. And, in the interest of full disclosure, the J.D. Power study found that American Express cardholders are generally more satisfied that those of either Capital One or Citi (although Discover edged out Amex for the top spot) .

However, for those consumers willing to put forth the extra effort, using this card in addition to a card with a higher cash back rate can be rather lucrative. And, keep in mind that the most important feature was the most cash back “for every dollar spent.” A combination of two or more cards is the most effective way to do this, although this approach does involve some extra planning.

For example, if someone had the Blue Cash Preferred card and only used it for their $100 in grocery spending per week, they would have $312 in cash back in a year — triple what the Citi DoubleCash would pay for the same purchases. Then, they could use another card such as the DoubleCash or the Quicksilver to maximize their cash back on the rest of their purchases.

What kind of travel rewards cards do Americans want?
When it comes to travel rewards, there are two broad categories of rewards cards. Some earn miles or points on a specific airline or hotel, while others offer miles that can be redeemed for any travel expenses.

Not being able to fly when they want to (25%).
Programs that can change the rules at any time (24%) — for example, Delta has made some significant changes to its SkyMiles rewards program over the past couple of years.
Being limited to a single airline or hotel chain (21%).

Citi’s ThankYou Premier card is not brand-specific. It has a slightly complicated reward structure — three points per dollar on travel and gas, two on dining out and entertainment, and one point per dollar on everything else. Unlike Capital One’s example, Citi’s ThankYou Points can be redeemed for other things besides travel — even cash. However, when used for travel, points are 25% more valuable.

Capital One’s Venture Rewards Card is a good example of this, and gives two miles per dollar on all purchases (so, $2 in travel for every $100 spent). Miles can be redeemed for travel expenses with any airline, hotel, or rental car company.

While these are both good examples, it’s also important to mention that branded travel rewards cards are best for many people, simply because they usually have other valuable benefits besides the ability to earn miles or points.

For example, the American Express Platinum Delta SkyMiles card is in my wallet right now and is my “go-to” credit card for most purchases. I travel frequently, and the card gives me free checked bags, as well as a free companion certificate each year (basically a buy-one-get-one coupon). These benefits more than justify the $195 annual fee, and are more important to me than the ability to book travel on any airline.

Find the best card for you
The bottom line is that just because a card fits what the majority of people look for, it doesn’t necessarily mean they’re the best choices for you. Competition among credit card issuers has never been higher, which means there are some enticing deals and introductory bonuses out there. So, do some shopping before deciding on your next card.