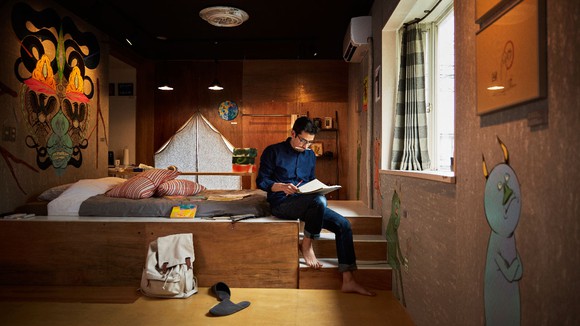 The Coming Airbnb Stock Debut — What Investors Need to Know

Airbnb is now the fourth most valuable startup in the world, behind Uber. An IPO is very likely in the not-so-distant future, and it could be one of the biggest debuts in years.

Airbnb, the lodging and lifestyle service company that started in 2008, has been making a lot of headlines lately. This increasing interest is not only from potential customers, but also from investors, competitors, and regulators. The company has exploded in the past few years and now serves over 60 million guests through 2 million listings, in nearly every country worldwide. Airbnb management hasn’t made any public claims about plans for an IPO, but there are some compelling reasons it might be sooner rather than later.

Airbnb’s three co-founders started the company in 2008 and got national attention that same year, when it provided needed lodging options during the 2008 democratic convention in Denver, when local hotels were full. Airbnb has since expanded, with more than 2 million guests worldwide.

On the company’s site, it states, “Whether an apartment for a night, a castle for a week, or a villa for a month, Airbnb connects people to unique travel experiences, at any price point, in more than 34,000 cities and 191 countries.” Airbnb’s business model is to provide the digital platform that connects these renters and buyers, while taking a cut of each transaction. In this way, Airbnb thinks of itself less as a lodging company, and more of a social or e-commerce platform.

Why regulators are eyeing Airbnb

One of the biggest risks facing Airbnb (and its potential investors) is that regulators are increasingly seeing Airbnb as a way for private owners to become business renters without being licensed to do so, and without paying appropriate taxes on earnings. Some cities, such as San Francisco and New York, are actively finding ways to either limit or prohibit the use of such business models, making rules such as requiring permits for owners who seek to rent, and making it illegal to list short-term rentals less than 30 days. There are now even tech start-ups, such as BNBShield, with the sole focus of catching tenants illegally renting out their apartments. Airbnb hired former U.S. Attorney General Eric Holder as an advisor, which should help the company navigate some of these legal waters.

That makes Airbnb the second largest start-up in the U.S., behind Uber. For a little scope, $30 billion is larger than Hilton Worldwide’s market cap of $23 billion, and Marriott International’s (NASDAQ:MAR) market cap of $26 billion, even following the recent merger with Starwood Hotels.

When it finally does go for an IPO

Airbnb CEO Brian Chesky said in an interview with The Wall Street Journal in 2014 that his company was in no rush to go public, saying it would wait until it has a compelling reason to do so. With so much available funding, Airbnb certainly is getting enough cash to not need to go public anytime soon just for liquidity’s sake.

Still, those venture funds are going to want the return on that investment, and since it’s unlikely that Airbnb might be bought by another company at its now incredibly lofty valuation, an IPO is the likeliest eventual exit. So while it’s unlikely that will happen in 2017, an eventual IPO is probably not far off. Airbnb management has predicted $10 billion in revenue in 2020, about 70% of Marriott’s 2015 revenue, even though Airbnb is far younger. Regardless of how rich its valuation is, when Airbnb does finally go public, it is likely to be one of the hottest tech debuts in years.

Motley Fool co-founders Tom and David Gardner have spent more than a decade beating the market. (In fact, the newsletter they run, Motley Fool Stock Advisor, has tripled the market!*)

Tom and David just revealed their ten top stock picks for investors to buy right now. Marriott International is on the list – but there are nine others you may be overlooking.