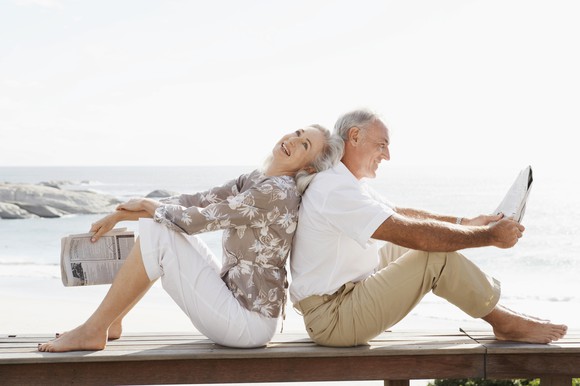 The Latest Social Security Changes: What You Need to Know

Recent changes to Social Security eliminated two popular filing strategies, but all is not lost.

Millions of older Americans rely on Social Security as a major source of income in retirement, which is why the decision as to when to start collecting benefits shouldn’t be taken lightly. But unfortunately for many seniors, recent changes to Social Security eliminated two major strategies for claiming benefits. Here’s what went down.

No more file and suspend
Before we talk about the file and suspend strategy, let’s review how Social Security benefits work for a married couple. Assuming one spouse earned more than the other, the higher earner of the two has a choice to start taking benefits as early as 62 or as late as 70. For someone born in 1952 with a full retirement age of 66, claiming at 62 means taking a 25% reduction in benefits, while waiting till 70 means you can collect 32% more in benefits thanks to delayed-retirement credits. Meanwhile, the lower earner of the two can get a benefit based on the larger of his or her own retirement benefit or his or her spousal benefit, which is typically half of the higher earner’s benefit amount adjusted for when the lower earner starts getting benefits. Spousal benefits, however, can’t increase once the claiming spouse reaches full retirement age.

So, here’s how the file and suspend strategy worked. Basically, the higher wage earner would file for Social Security benefits at 66 (the full retirement age). The lower-earning spouse would then file for spousal benefits and start collecting them. The higher wage earner would then suspend his or her payments to take advantage of the 8% annual increase afforded to those who delay benefits past their full retirement age.

However, under the new law, which took effect May 1 of this year, if one spouse suspends his or her Social Security benefits, the other spouse will no longer be eligible to receive spousal benefits as long as the initial application is suspended. Those who were able to employ this strategy before the deadline can continue to do so, but couples can’t use it going forward.

No more restricted application
The restricted application is another strategy that’s been done away with. Up until the recent changes took effect, once a Social Security beneficiary reached full retirement age, he or she could opt for a restricted benefits application and collect spousal benefits only. Doing so allowed one wage-earner to collect up to 50% of his or her spouse’s benefit while delaying his or her own benefits to capitalize on that 8% annual increase. Of course, that same wage-earner would then switch over to his or her own benefits at age 70 for a lifetime of larger payments.
For those born in 1954 or later, the restricted filing strategy is no longer available (though a similar provision will remain available to widows and widowers for their survivor benefits, regardless of the year they were born). From now on, when someone applies for Social Security benefits at full retirement age, that person will automatically receive the highest benefit he or she is eligible for. In other words, if the higher wage earner of a couple applies for benefits at his or her full retirement age, that person won’t have the option to collect spousal benefits if his or her own benefit amount is higher. That person will therefore be left with a choice: Start taking benefits and lose out on the 8% annual increase for delaying, or hold off on taking benefits to capitalize on those delayed retirement credits and forego Social Security income in the interim.

What you could do instead
You may have fewer choices now that the file and suspend and restricted application strategies are longer on the table, but that doesn’t mean you can’t take a tactical approach to claiming benefits. If you want to take advantage of those delayed retirement credits but can’t wait that long to start receiving Social Security income, assuming both spouses worked, you could have one spouse (ideally, the higher wage earner) hold off on taking benefits while the other claims them earlier. This way, you get some income when you need it while allowing the higher wage earner’s benefits to grow.

Another option? Have the lower-earning spouse work a little bit longer to increase his or her benefit amount and generate some extra income. Then, have that spouse claim benefits while the higher earner holds off until 70.

When it comes to collecting Social Security, there’s no one-size-fit-all approach. Some people rely on Social Security to make ends meet. Others use it as bonus money, and therefore have the option to play around with different strategies. The key is to take a close look at your financial situation and see what makes the most sense for you.