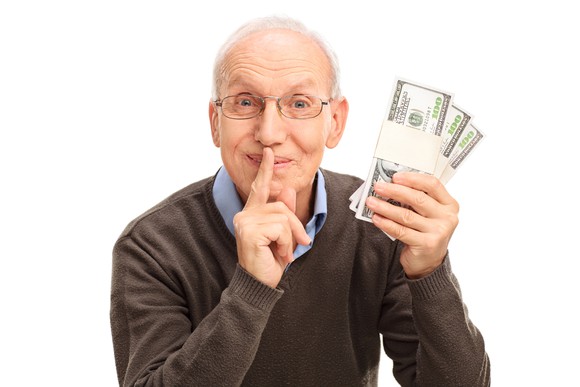 Patience can be an important thing if you want to be wealthy.

America may be the land of opportunity, but it has also become the home of some of the most blatant income inequality in the world.

According to the Global Wealth Report from Credit Suisse, which uses a proprietary formula to rank income inequality by country, the United States ranked as the fourth-most income-unequal country of the 141 countries examined. The U.S. trailed only Russia, Ukraine, and Lebanon, which ranked first through third, respectively.

Based on data from CNN, the U.S. is home to 42% of the world’s millionaires and nearly half (49%) of all people with $50 million or more in assets. More recently, CNN reported on findings by the Boston Consulting Group that U.S. millionaires controlled 66% of all U.S. wealth in 2015, which is considerably higher than the global average of 46%, and more than double the 31% of wealth that millionaires control in Western Europe.

The not-so-secret trick people are using to get rich

So, what is it that’s allowed millionaires to get rich, stay rich, and continue to build their wealth at a much faster pace than the average Joe?

Last year GOBankingRates offered a number of ideas as to why the rich are so successful. These ideas include the rich being mindful of their money, even though they have more than the average American. For example, the rich eat out less, and they usually understand value over cost better than middle-class Americans. GOBankingRates also notes that the rich tend to be their own bosses, and they put their daily and long-term goals in writing, which keeps them accountable for their own actions.

But the not-so-secret trick that the wealthy have been using to increase the wealth gap over the average American family is nothing more than using time and capital gains to their advantage.

There’s no better example of this than investment mogul Warren Buffett, who has turned less than $10,000 into a net worth of nearly $66 billion as of June 28, per Forbes. Buffett’s wealth is in some part due to his ability to identify cheap investments, but most of it has to do with Buffett’s tendency to buy stocks and hold them for the very long term.

Two of Buffett’s core holdings in Berkshire Hathaway‘s portfolio are Coca-Cola(NYSE:KO) and Wells Fargo (NYSE:WFC), which Buffett began buying in 1988 and 1989, respectively. Having held them each for more than 25 years, Buffett’s been able to reap the rewards of steady growth over time and has also taken advantage of compounding through dividend reinvestment (albeit not necessarily into more shares of Coca-Cola or Wells Fargo stock). Today, Buffett owns 400 million shares of Coca-Cola and nearly 480 million shares of Wells Fargo, which is good enough for a 9.3% and 9.6% respective stake in each company.

But there’s more to it than just Buffett picking a handful of big winners. Capital gains taxes also play a big role in keeping the wealthy well ahead of the average American. Per the Tax Policy Center, capital gains account for about half the income of people making $10 million or more a year. 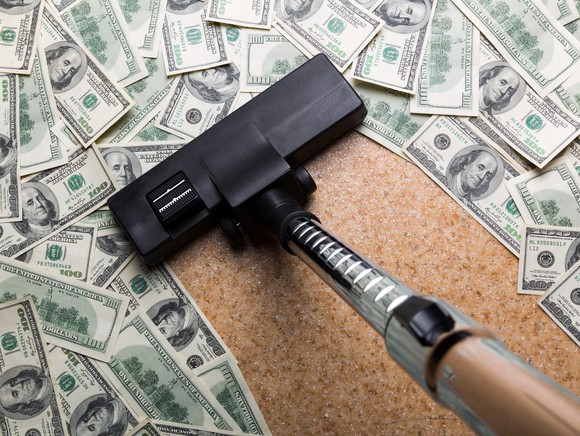 Based on capital gains tax regulations per the IRS, assets such as stocks or bonds held for one year or less are considered short-term. Short-term gains are taxed at a rate commensurate with your ordinary income tax rate, which can range from as low as 10% to as much as 39.6%. For example, if your last earned dollar places you in the 25% ordinary tax bracket, your short-term gains will be taxed at 25%.

Owing 15% or 20% is a lot better than potentially forking over 35% or 39.6%, respectively. Holding their assets for at least a year has been crucial in allowing the rich to add to their wealth without having to give a lot of it to the federal government.

Average Americans can level the playing field with this retirement tool 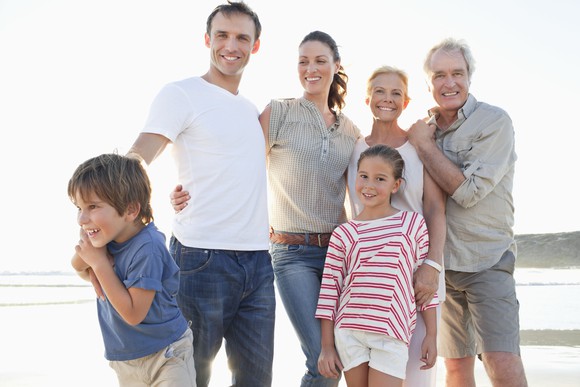 Roth IRA income limits generally keep the top 10% of Americans from contributing, making it a preferable retirement tool for the other 90%. If you’re interested in finding out if you earn below the income threshold to contribute to a Roth, you can find that information here.

The biggest advantage of a Roth IRA is that as long as you make no unqualified withdrawals, not a single cent of your investment gains within the account will be federally taxable. Understandably, contributing to a Roth might not make you a multi-millionaire, but it can save you five or even six digits in federal taxes after you retire, which can make a big difference in ensuring that you can meet your day-to-day expenses and also cover unexpected (but rising) medical costs.

Furthermore, a Roth IRA allows for a lot of flexibility in that contributions can be made after age 70, which isn’t an option with a traditional IRA. There are also no required minimum distributions. In short, you remain in complete control of when you take your money out (as long as you’re older than 59 1/2). The money withdrawn doesn’t count toward your annual income since it’s free of taxation, meaning no higher tax bracket and no Medicare premium surcharges during retirement.

Consider the Roth your best chance of leveling the playing field with the rich.

The Motley Fool owns shares of and recommends Berkshire Hathaway (B shares) and Wells Fargo. It also recommends Coca-Cola. Try any of our Foolish newsletter services free for 30 days. We Fools may not all hold the same opinions, but we all believe that considering a diverse range of insights makes us better investors. The Motley Fool has a disclosure policy.