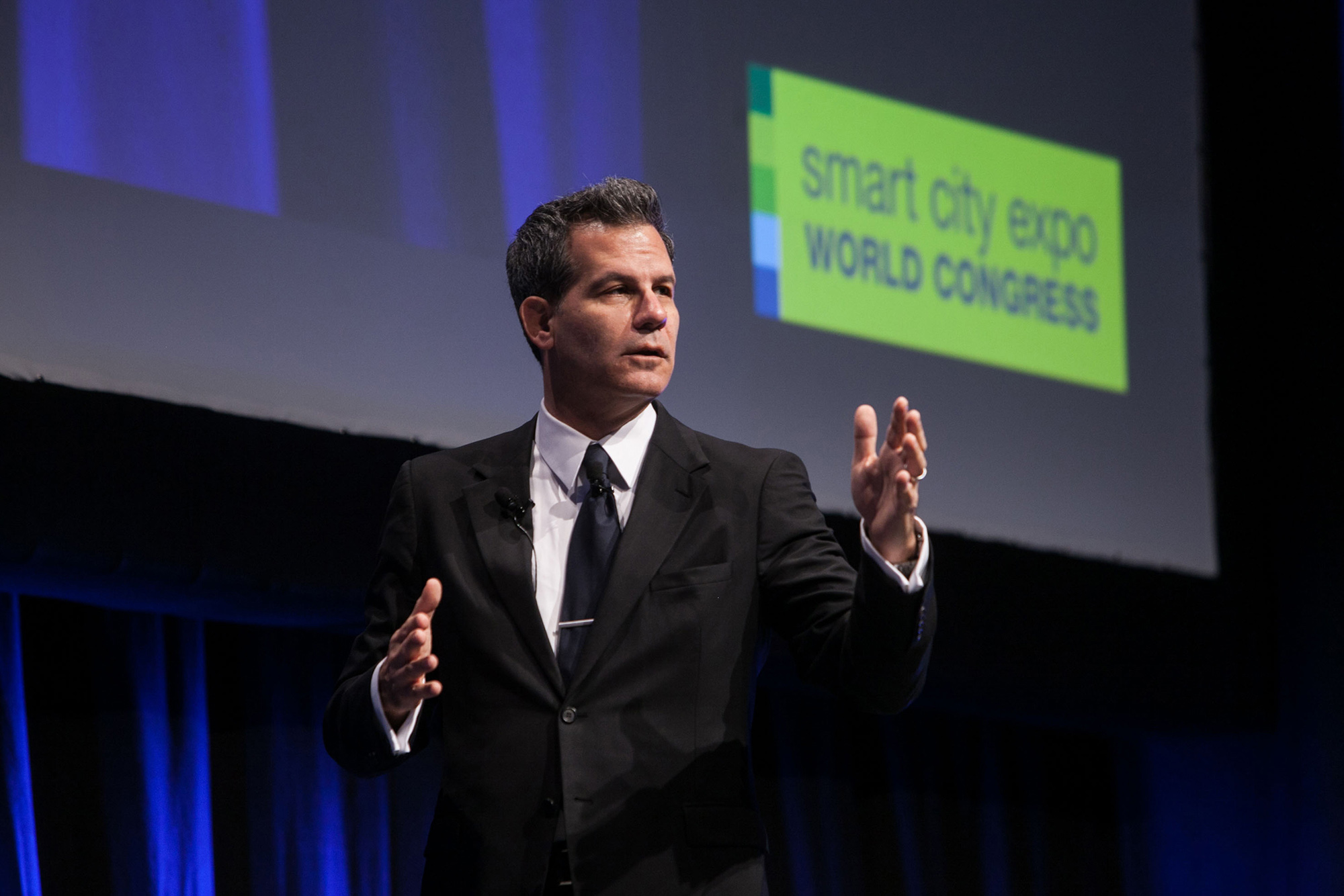 The thought leader who popularized the term “creative class” is worried about “blotto-tourism.”

One of the country’s foremost urbanists, aptly named Richard Florida, lives happily with his wife and two children in South Beach. In the past 20 years, since his tome, The Rise of the Creative Class, popularized “creative class” as a sticky and useful term bathed in cachet, Florida has been explaining what is going on in cities like Miami—their demographics and dynamism, their potential and their limits. Born in Newark, N.J., and armed with a doctorate in urban planning from Columbia University, and currently a professor at the University of Toronto, Florida has examined cities through the lens of knowledge workers, bohemian artist-types, gays and diversity—and not without controversy.

He talked to SFBW about Miami and Miami Beach, and how his work is meeting this fraught moment in the Miami metro’s timeline. The following represents just a short section of our interview; look for more urban analysis by Richard Florida in the coming months.

Let’s talk about Miami Beach. It contains arguably the best-preserved art deco neighborhood in the world—I’ve been to Shanghai, and I don’t think Shanghai’s art deco representation holds a candle to it. Yet Miami Beach has been profoundly compromised by its own popularity.

Look, I think that no one has really figured out what we have here. There’s not a grown-upness to this place. It has, for years, been seen as a tourist place, a place to make fast money, a place to party. But to my mind, it is a gem—it is one of the most remarkably beautiful places. When you think about the combination of the architectural built environment and natural amenities—the beach and the bay—it is beyond striking. But look at what we’ve let the Art Deco District become—we call it an Entertainment District now. Miami Beach faces unique challenges because we’ve never understood what made the place great, and maybe that’s changing now.

When I started coming here in the 1990s, I was charmed by an almost undiscovered quality.

Now Miami is experiencing a very different type of influx.

It’s been discovered by the superrich, and the superrich with crazy money are turning it into their playground, plus they can save on their income taxes. And it’s now attracting more of a libertarian crew, and whether they’re in finance or real estate or tech, they are drawn to the more open environment and lack of COVID restrictions. When I talk to them they’ll say things like: “I can do business here, there’s not a lot of restrictions. I don’t even need an office, so I can go meet someone in a restaurant, and I can stay outside.” If they have children, they say, “My kids will go to school all year.” But, we’re drinking our own Kool-Aid if we believe this is a long-run future. The Miami and Miami Beach real estate market has long been a boom-and-bust market; it’s not a place that grows on a steady curve. We saw this movie in 2008. Maybe it’s a different spin on this movie, but I cannot believe what we’re seeing now is sustainable.

And this influx of vast amounts of cash has coincided with mass market tourism that has endangered quality of life.

We are suffering a huge crisis of housing affordability and also from what people around the world call overtourism. We have too many cheap hotels and short-term shared rentals. European cities from Venice to Amsterdam, throughout Italy and France, are regulating this. It’s a consequence of people having more money—the rise of a leisure economy—but I think something else happened during COVID. I call it blotto-tourism. I think at some point during the last several years, for young people in Europe and young people in the United States, there has been the rise of these places—Las Vegas is one; Ibiza is another; Miami Beach has certainly become this; Nashville, a city I adore, with the party buses, party trailers, party tractors—where people select a destination, and go there just to get blotto.

Miami Beach has to deal with this. Does it want to be a great place for residents—gay couples, young families—or does it want to be a place for out-of-control partying, with cheap drinks? You can’t be both. Maybe you can limit it to certain districts—New York City has Times Square—but most grownup cities are not overblown party places.

People’s behavior has shifted. Some residents are avoiding going to one of the most beautiful urban beaches in the world—

I think it’s the most beautiful urban beach town in the world, bar none.

—because you have to run this gauntlet, from Washington Street to Ocean Drive, of blotto tourism.

And why would you make incredible neighborhood a detriment, a liability, instead of an asset? In South Beach, the beach should be a walkable asset, something everyone enjoys, with wide diversity, not a place that’s attracting crime, violence, hooliganism, and that’s what blotto-tourism has done. I call the Deco District or what is sometimes referred to as the Entertainment District Miami Beach’s downtown. Every great community needs a great downtown. Ours has turned into a party place—it’s not our downtown. It’s some abomination, and we need to turn it back into a downtown.

And all the renovations and beautifications along lower Washington Street seem not to have helped.

Maybe a little. And its ongoing. But the reality is that it still not a functional neighborhood for residents. One thing that I’ve talked to the mayor and commission about, that I think is the way out, is programming those areas. Wonderful urban districts don’t become wonderful just because people just show up. They have all sorts of activity – music, concerts in the park, they have farmers markets, yoga, fitness activities.

I walked down Lincoln Road for the first time in a year, because my kids, who are 4 and 6, wanted to go for ice cream. We show up on a Sunday night and there’s the South Beach Jazz Festival, and it is miraculous. Why aren’t we doing that every week, and in more of our great spaces and places.