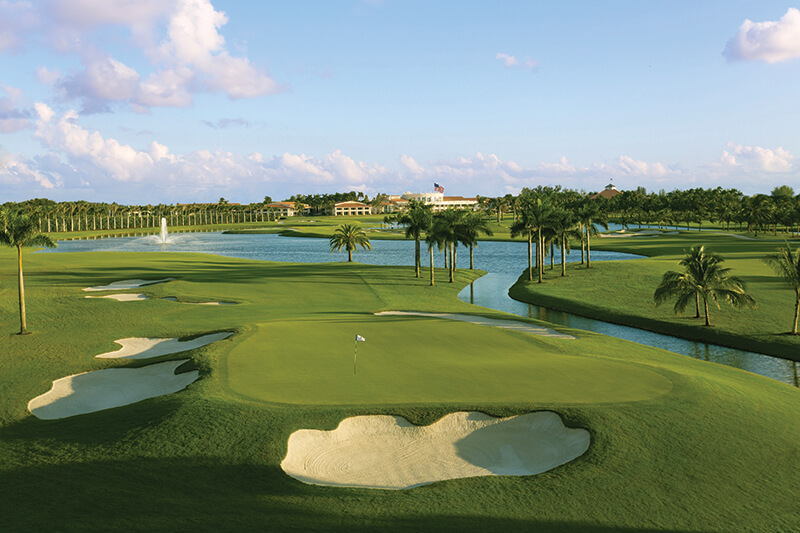 Net operating income at Trump National in Doral fell 69 percent over two years ending in 2017, according to a Washington Post article.

The Post’s reporting was partly based on public records, including information submitted to the Miami-Dade Value Adjustment Board as part of an effort to lower the property’s tax bill.

“They are severely underperforming” other resorts in the area, tax consultant Jessica Vachiratevanurak was quoted as telling a Miami-Dade County official. “There is some negative connotation that is associated with the brand.”

The Trump Organization bought the 800-acre resort in 2012 and spent $250 million on renovations.

In a previous interview with SFBW, before he ran for president, Trump said his earliest memories of South Florida are golfing at Doral. “I loved it,” he said.

“It was a prime location with beautiful acreage. As a golfer as well as a developer, I didn’t like seeing it in a mediocre condition when so much more could be done with it,” Trump said. “It was a challenge and I loved working on it and always will.”

This isn’t the first sign that the Trump name has created issues for his brand. The New York Times reported earlier this year that six residential buildings in Manhattan’s Upper West Side were removing the Trump name.

One of the president’s other major South Florida holdings is the Mar-a-Lago Club, which reportedly doubled its membership fee to $200,000 a year after he was elected, CNBC has reported. The club was recently in the news when a Chinese woman was charged with illegally trying to enter the club.