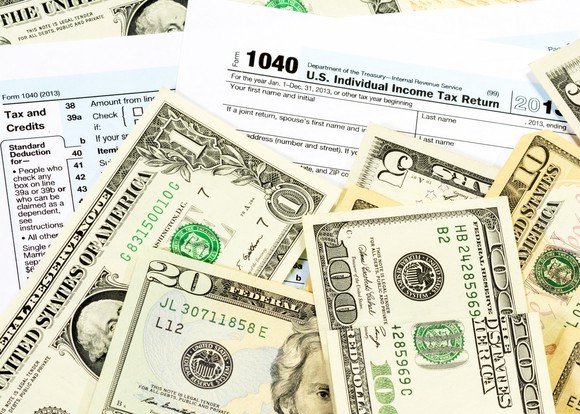 What Will Donald Trump’s (Revised) Tax Plan Mean to You?

Donald Trump’s tax plan could mean big savings for you — but at what cost?

Republican presidential candidate Donald Trump recently revealed an updated version of his tax plan with simplified tax brackets and several featured designed to produce an across-the-board tax cut, though not to the extent of his first plan. Here’s what we know about Trump’s tax plan now, and how it could affect your wallet if he gets elected.

What we know about Trump’s tax plan

Trump’s campaign website describes his tax plan as the “biggest tax reform since Reagan” — a pretty lofty claim. Here’s what we know about Trump’s tax plan so far.

What we don’t know yet

There are a few things about Trump’s plan that we don’t know yet, specifically about which deductions taxpayers will be able to keep.

According to Trump’s original tax plan, taxpayers in the lowest bracket would keep all or most of their current deductions, those in the middle bracket will keep about half of theirs, and those in the highest tax bracket will have most of their deductions eliminated — one of the ways Trump intended to pay for his massive tax cuts. However, we don’t know the income ranges for each of the newly proposed tax brackets.

Trump’s original tax plan included defined brackets, which have since been removed from his campaign website. Trump’s standard deduction increase would make the first $25,000 in income tax-exempt. According to his original plan, the lowest bracket would then apply to all taxable income between $25,000 and $50,000 for single taxpayers, the middle tax rate would be assessed on income of $50,001 to $150,000 and the highest rate would apply to income above $150,000. For married couples, the income ranges would be double these amounts.

Though Trump was clear about expanding the child care deduction, we don’t otherwise know which deductions will stay and go. Most of the Republican proposals involve keeping the mortgage interest and charitable contribution deductions, so it’s likely those would remain, but we don’t know for sure yet.

How could it affect you?

Trump’s plan has been criticized for cutting taxes on the rich, which it certainly does. After all, the point of an across-the-board tax cut is to lower taxes for everybody. However, the impact of Trump’s plan on your wallet depends on your income.

For lower-income individuals, the plan could mean that you pay no federal income tax at all. In fact, Trump’s campaign claims that half of the population would have zero liability. And Trump’s proposed child care deduction could refund up to half of low-income taxpayers’ payroll taxes. Since many low-income individuals pay more payroll taxes than they do income taxes, this could put a lot of money back in their pockets.

For middle- and upper-income individuals, Trump’s plan would certainly translate into a tax cut, but it’s tough to estimate how large it would be without any details on deductions.

Small-business owners could end up being big winners, paying only 15% on their business income and expensing investments in full.

While you can make the case that Trump’s business tax cuts will disproportionately benefit the rich, it’s fair to say that his plan does a good job of delivering meaningful tax savings to low-income individuals and small-business owners.

It’s important to point out that tax cuts like the ones Trump is proposing need to be financed somehow. The most obvious negative impact would be a staggering increase in the national debt, as Trump’s plan is not projected to be revenue-neutral. Although Trump’s new, higher proposed tax rates wouldn’t raise our deficit by the previously forecast $10 trillion over the next decade, they would nevertheless add a huge sum to the national debt.

In addition, while Trump’s proposal to make the child care deduction partially refundable against the payroll tax would save many low-income families cash, it could put further strain on our Social Security and Medicare programs, which are already projected to run out of cash reserves in 2034 and 2028, respectively.

While it’s impossible to quantify the impact of Trump’s revised plan without knowing some additional details, it’s reasonable to say that his would be the bigger drain on the U.S. government’s coffers.

While Trump’s tax plan may not look as appealing to you as it did at first, it’s important to note the significance of the changes. By moving his proposed tax brackets in line with other Republican proposals in Congress, Trump has greatly increased the viability of his plan.

Many people, including a lot of Republicans, criticized the original version for cutting taxes too much and adding too much to the deficit. Therefore, it was never likely to go through. On the other hand, if Trump is elected, then this new plan could potentially get Congressional approval, so it’s worth paying attention to, whether you support his candidacy or not.