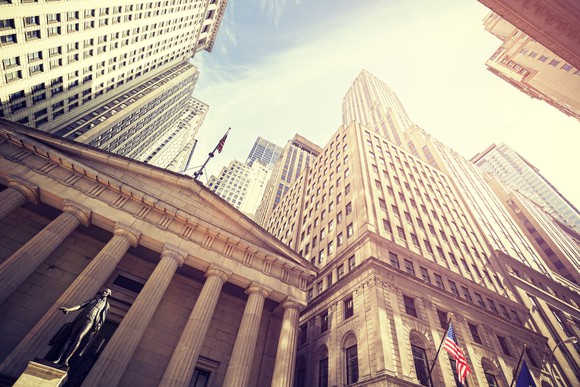 When Big Banks Go Bad: The 9 Largest Bank Settlements of All Time

Over the past decade, big banks have shelled out record settlements for wrongdoings. Here’s why.

Last summer, Gallup conducted a poll that revealed Americans’ faith in key institutions continued “to lag below historical averages.” While the confidence of the American public in a number of institutions, including organized religion, the military, and government entities, had dropped significantly in the last decade, no institution has fallen further than banks.

In June 2006, the same poll showed that 49% of Americans had “a great deal” or “quite a lot” of confidence in the nation’s financial institutions. By last year, only 27% answered the same, a stunning drop of 22 percentage points. That’s not to suggest this lack of faith in our nation’s banks isn’t deserved. Over the past decade banks have shelled out record amounts in fines and settlements after wronging their account holders in a variety of ways.

Here is a countdown of the nine largest bank settlements in history. Not coincidently, all were paid out in the past decade. 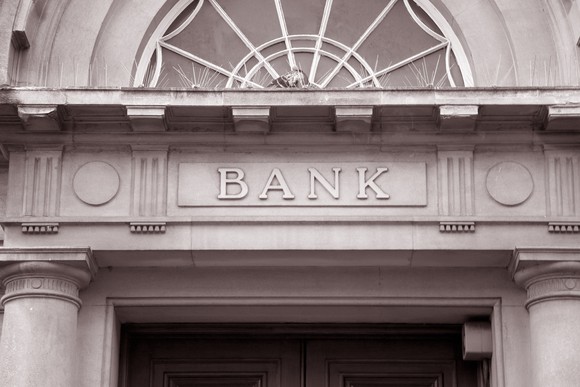 In February 2012, 49 states and the federal government reached an agreement, in what is now known as the National Mortgage Settlement, with the five largest banks in the country, including JPMorgan Chase. The settlement was the second largest civil suit settlement in U.S. history, only losing out to the Tobacco Master Settlement Agreement of 1988.

The five banks agreed to pay out a total of $26 billion in fines; $5.29 billion of which came from JPMorgan Chase. One of the primary offenses the banks were accused of was participating in the practice of robo-signing. While this term meant different things to different banks, the end result was the same: Documents were being signed and notarized prior to the financial crisis without any verification procedures in place for what was being attested to.

Something tells me this won’t be the last bank that makes this list from this particular settlement. 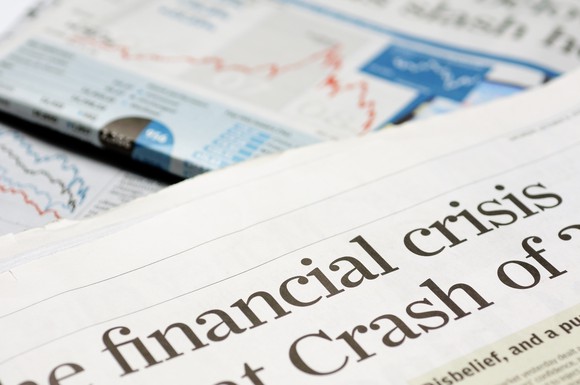 Before he left office, President Obama’s administration made a major push to resolve the final investigations persisting from the great recession. One of these final settlements was with Credit Suisse, which agreed to fork over $5.3 billion to finally resolve the investigations stemming from the selling of toxic debt prior to the financial crisis. About $2.48 billion of the settlement will be paid as a civil penalty and $2.1 billion will go toward consumer relief. 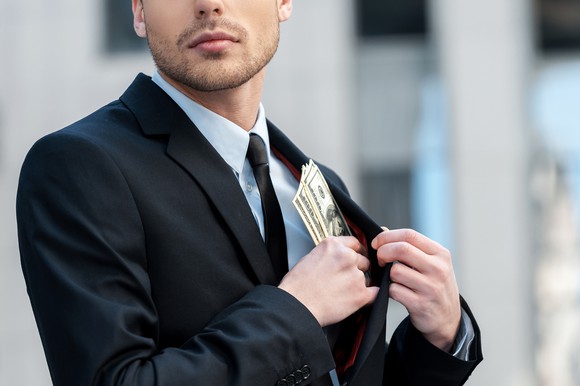 Wells Fargo’s contribution to the $26 billion National Mortgage Settlement was just a shade more than JPMorgan’s (see #9). Besides robo-signing, the banks in the settlement were accused of cutting corners on and even losing important mortgage paperwork. Every single state and the District of Columbia, with the exception of Oklahoma, participated in the lawsuit.

Will this be the last bank to make this list from this same settlement? Doubtful. 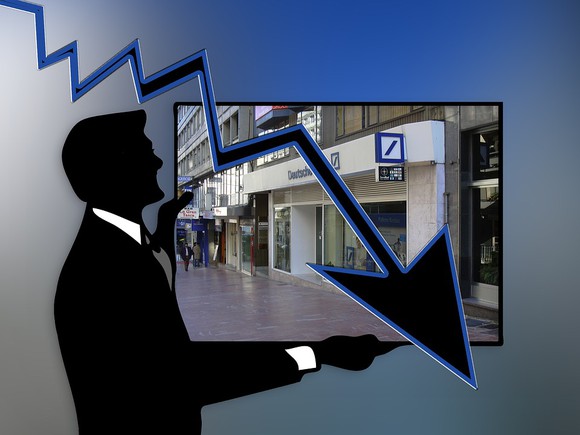 In December 2016, Deutsche Bank agreed to cough up $7.2 billion for selling toxic assets in the lead up to the housing crash. As of last September, Deutsche Bank had set aside about $6.2 billion for legal costs. Not all of this will be paid as a fine to the U.S. Department of Justice, however, since about $4.1 billion will be directed toward loan modifications and consumer relief spread out over the next five years.

Will this massive fine cripple Germany’s largest bank? Not likely. After the settlement was announced, Deutsche Bank announced in a memo to employees that it did not expect the news to affect the bank’s credit rating or its operations in the U.S. At least one portfolio manager was bullish on the news, calling the hit to Deutsche Bank’s capital “modest”. 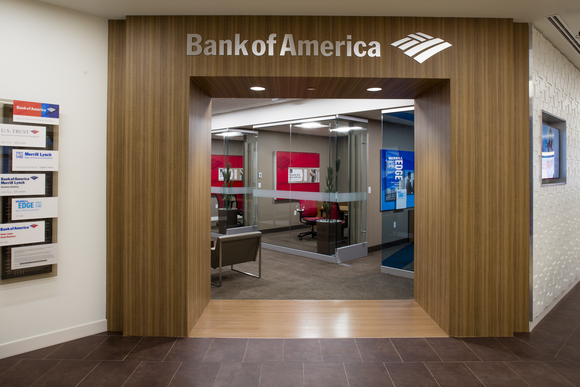 In 2008, Bank of America acquired Countrywide, the largest home lender in the United States prior to the financial crisis. In 2011, Bank of America agreed to shell out more than $8.5 billion to finally absolve Countrywide’s sins in selling $174 billion worth of subprime mortgage-backed assets. Ouch! 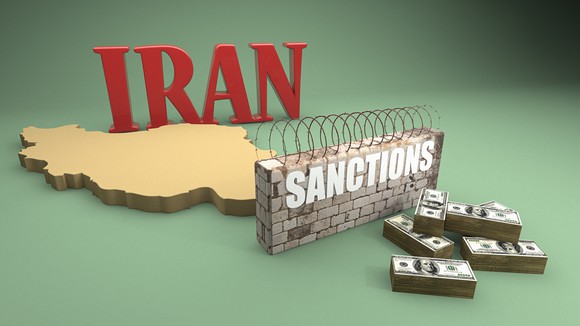 MOST BANKS MADE THIS LIST FOR WRONGS COMMITTED DURING THE FINANCIAL CRISIS. NOT BNP SARIBAS. THIS BANK VIOLATED U.S. SANCTIONS AGAINST SEVERAL COUNTRIES. IMAGE SOURCE: GETTY IMAGES.

See, not all the banks made this list for misdeeds committed prior to the financial crisis. In 2015, this huge French bank pled guilty to violating the International Emergency Economic Powers Act and the Trading with the Enemy Act. Essentially the bank had violated the sanctions in place against Cuba, Iran, and Sudan from 2004 to 2012. To avoid U.S. authorities’ suspicions it omitted information in wire transfers as funds from the sanctioned countries entered the U.S. financial system. Bank of America paid out the most money from the 2012 National Mortgage Settlement — a whopping $11.8 billion. Approximately $1 billion of this settlement was paid to the Federal Housing Authority to address charges that Bank of America’s subsidiary, Countrywide Financial, conned the agency.

Besides this additional fine, Bank of America’s principal mortgage deductions came in at $100,000 per mortgage while the other banks’ same reductions only averaged $20,000.

Besides fines and principal reductions, much of the settlement went toward offering homeowners refinancing options. 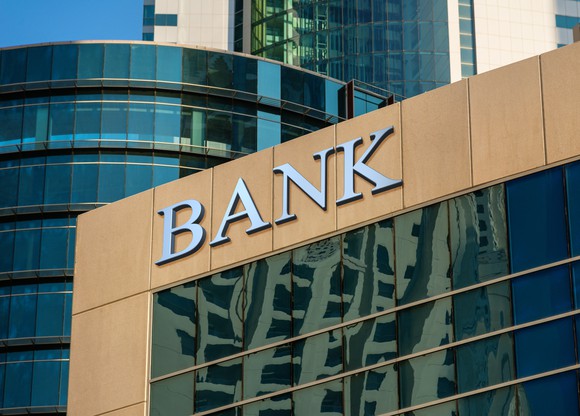 In October 2013, JP Morgan reached this massive settlement with federal regulators. So, what exactly did JPMorgan do to deserve this? Well, it basically bought Bear Stearns and Washington Mutual at fire sale prices during the depths of the recession. Unfortunately for JPMorgan, it also took on all existing and future legal obligations of these two banks when it did so. Both Bear Stearns and Washington Mutual were heavily involved in bundling and reselling subprime mortgage securities to investors in the run-up to the financial crisis and, indeed, this is what practically caused the crisis. Two of the biggest investors in these securities were none other than Fannie Mae and Freddie Mac. 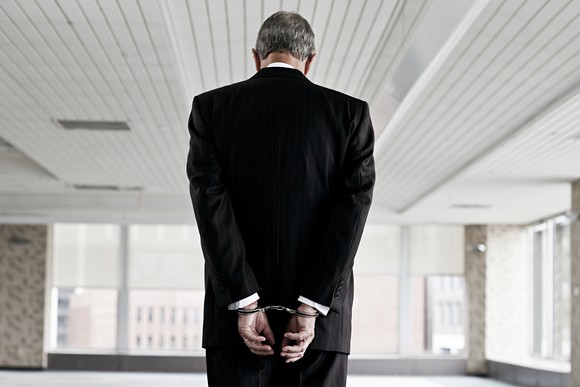 MANY BELIEVED BANK EXECUTIVES SHOULD HAVE GONE TO JAIL FOR THEIR ROLE IN THE FINANCIAL CRISIS. IMAGE SOURCE: GETTY IMAGES.

Who deserves the No. 1 spot more than Bank of America? This settlement marks its third entry in the top five and dwarfs all others on this list.

The enormous penalty was the largest settlement in United States history between a corporation and the U.S. government. The payment was levied against Bank of America for packaging mortgage-backed securities that were not nearly as financially sound as investors were led to believe. Many of these subprime mortgages were sold by Countrywide and Merrill Lynch before the two companies were acquired by Bank of America.

As for the settlement itself, $5 billion of it was a penalty under the Financial Institutions Reform, Recovery and Enforcement Act (FIRREA). Another $7 billion was directed to relieve U.S. homeowners and borrowers victimized by the bank’s misdeeds. At the time of the agreement, Attorney General Eric holder stated:

“This historic resolution-the largest such settlement on record-goes far beyond ‘the cost of doing business.’ Under the terms of this settlement, the bank has agreed to pay $7 billion in relief to struggling homeowners, borrowers and communities affected by the bank’s conduct. This is appropriate given the size and scope of the wrongdoing at issue.”