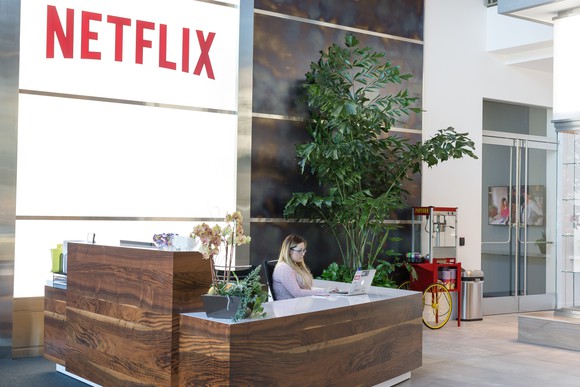 The leading streaming service sold off after its recent earnings report, but the long-term story still looks promising.

Netflix (NASDAQ:NFLX) shares plummeted earlier this week following disappointing subscriber growth in its quarterly earnings report. It was the second time in a row the stock has fallen on earnings.

This time, the company missed its own guidance, after projecting 2.5 million subscriber adds but only delivering 1.7 million. Management blamed higher-than-expected churn, or cancellations, for the miss, saying that the “un-grandfathering” of its previous price increase had pushed more subscribers off the service than it expected. Investors hit the panic button, and the stock fell 13%. But I took advantage of the sell-off to add to my Netflix holdings — here’s why.

The long-term story is stronger than ever

I won’t pretend that the slowdown in subscriber growth isn’t disappointing. It is, but this is only a single quarter of results. The company’s growth has always been volatile and seeing an estimated 300,000 domestic subscribers leave the service over the price increase shouldn’t be alarming. In fact, that’s less than 1% of the total domestic base.

Wall Street analysts, meanwhile, are busy adjusting their models and extrapolating slower growth for the future, but I don’t think that’s the right way to look at a company like Netflix. This is a big picture story. There’s a transformative shift taking place in video entertainment, and Netflix is leading it. Its position only became stronger over the last three months.

Seventeen of Netflix’s shows and movies earned 54 Emmy nominations, up from 34 a year ago — more than any other network except for FX and HBO. As the company grows and spends more on content, its programming is getting better. With 83 million global subscribers, it’s far ahead of any of its streaming competition.

For long-term investors, the most important number management shared was not the subscriber growth figures, but this: “There are nearly one billion pay-TV subscribers who will migrate to internet TV over the coming decades.” Here’s what that market opportunity looks like.

The reasons for the coming shift are compelling. Internet TV is significantly cheaper than linear TV, and it offers consumers the opportunity to watch programming when and where they want to — on a phone or a 50″ television. There’s little advantage to the traditional way of watching TV, and as technology improves, so will the popularity of streaming options. I don’t expect Netflix to make it to one billion subscribers, but as long as it remains the leader in this space, it will continue to grow.

Many of those subscribers will return

Netflix didn’t make this claim in its report, but I suspect that a number of subscribers who dumped the service over the price increase will eventually return. Management may have made a mistake pushing the increase during the summer months, when growth is normally slow and TV consumption declines.

However, this ebb and flow happens throughout the pay-TV industry as Americans spend more time outside, taking advantage of the warm weather and long days. I’d expect some of those subscribers to return when the weather cools.

Similarly, even at $10 per month for the standard package, Netflix is cheaper than essentially all of its rivals except for Amazon.com. Time Warner‘s HBO Now costs $15 per month. CBS‘ ShowTime is $11, and Hulu is $12 commercial free or $8 with commercials. Meanwhile, Netflix’s basic plan, which makes viewing available on one screen at a time only in standard definition, is still $8 per month.

Even with the price increase, Netflix is still a bargain, as no other streaming service has both the breadth and quality of its library, and it’s much cheaper than traditional pay-TV options. And Netflix’s library continues to get better as it’s becoming the exclusive home for scripted series on the CW starting with the 2015 to 2016 season. It also will be the home for new Disney movies, starting in September. Netflix’s deal to be included on Comcast’s X1 set-top box later this year should also help bring in subscribers.

The company is spending $6 billion on content this year, far more than any competitor in linear or internet TV. As its membership grows, it will be able to afford even more programming, making its service better and driving subscriber growth. No other company is singularly focused on internet TV, and no other company is doing more to propel the transition.

Certainly, there are risks for Netflix, as there are for any disruptive company. But even after this week’s subscriber miss, the upside potential far outweighs the downside.

Motley Fool co-founders Tom and David Gardner have spent more than a decade beating the market. (In fact, the newsletter they run, Motley Fool Stock Advisor, has nearly tripled the market!*)

Tom and David just revealed their ten top stock picks for investors to buy right now. Netflix is on the list – but there are nine others you may be overlooking.

Jeremy Bowman owns shares of Netflix. The Motley Fool owns shares of and recommends Amazon.com, Netflix, Time Warner, and Walt Disney. Try any of our Foolish newsletter services free for 30 days. We Fools may not all hold the same opinions, but we all believe thatconsidering a diverse range of insights makes us better investors. The Motley Fool has adisclosure policy.