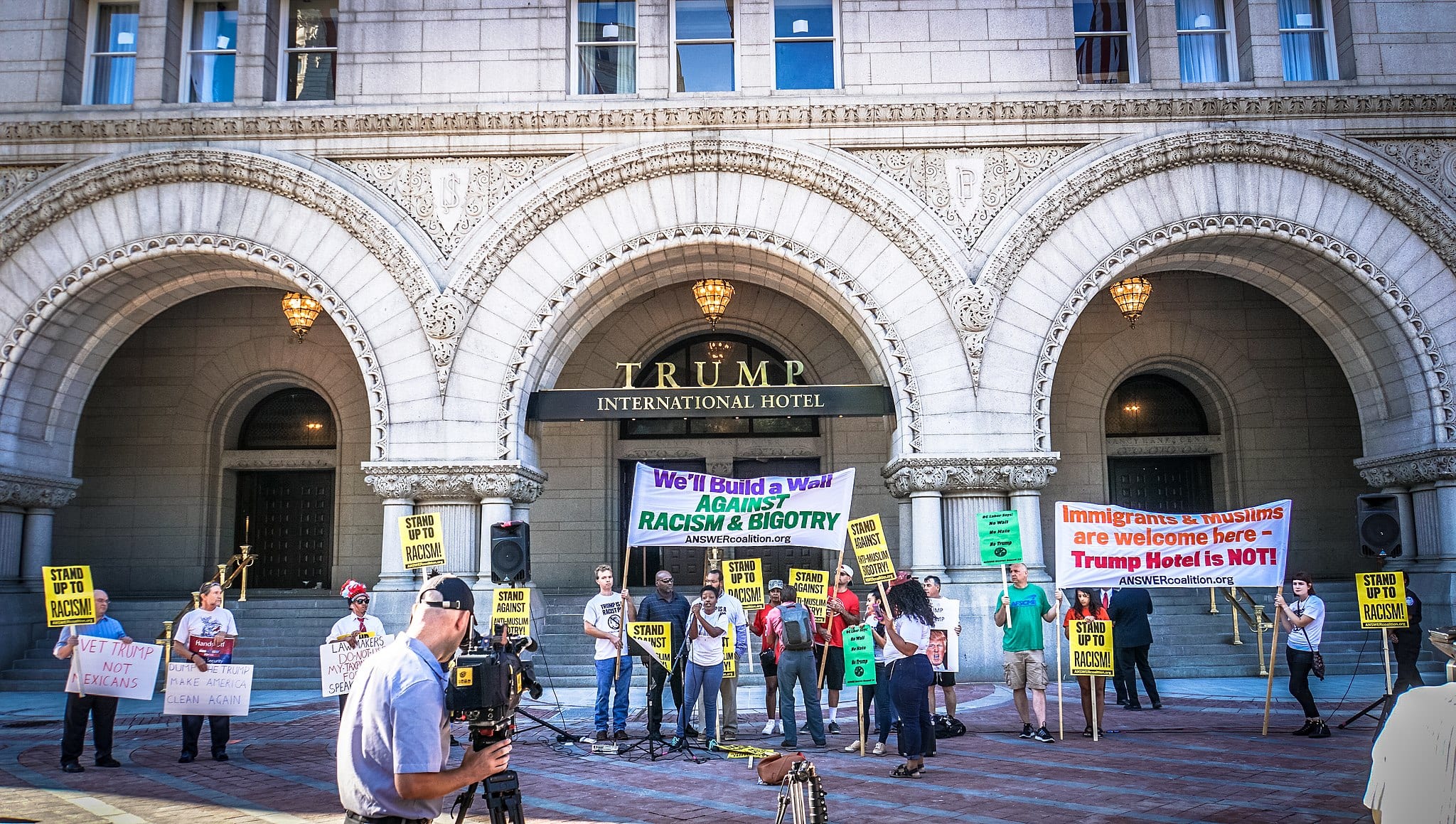 The Yelp page for the Trump International Hotel Washington appears to be an example of how social media companies are taking a more aggressive stance towards posting of wayward content. 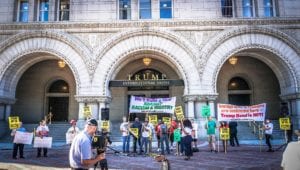 Protesters outside the the Trump International Hotel D.C. before the president’s inauguration (Photo by Ted Eytan via Flickr and Wikimedia Commons)

A pop-up on the page on Tuesday said, “Unusual Activity Alert. This business recently made waves in the news, which often means people come to this page to post their views on the news. While we don’t take a stand one way or the other when it comes to this news event, we work to verify that the content you see here reflects personal consumer experiences with the business rather than the news itself. As a result, we’ve temporarily disabled the posting of content to this page.”

It wasn’t clear what the news was or how long the pop-up has been in effect. The Yelp sites for Trump National Doral Miami, Trump’s Mar-a-Lago Club in West Palm Beach and Trump International Beach Resort in Sunny Isles Beach, which licenses his name, didn’t have pop-ups.

Yelp suggest those who want to make comments on recent media coverage go to Yelp Talk. A search for “Trump” on The Yelp Talk for page Washington, D.C., had nothing about Trump since a March quip that Trump had killed Cinco de Mayo.