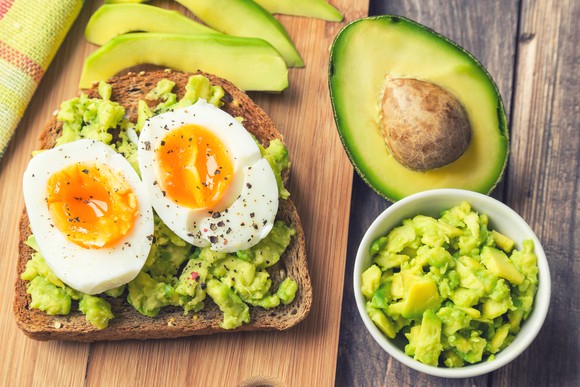 Donald Trump’s plan to impose an import tax on goods from Mexico could affect a wide range of companies. Here are a few that have strong connections south of the border.

When Donald Trump was elected president in November, stocks rose as investor optimism grew that a united Republican government could deliver pro-business reforms like tax cuts and reductions in regulations.

However, in his first week in office, President Trump pushed forward the idea of a 20% tariff on goods imported from Mexico. Protectionism is generally anathema to Wall Street and the big business community, but seems to be a core component to Trump’s economic policy. White House spokesman Sean Spicer said last Thursday that the president had discussed the border tax with Congressional allies and would soon put forth a proposal.

However, lawmakers on both sides of the aisle attacked the move, and Spicer stepped back from the idea, saying it was just one of many ways the country could make Mexico pay for the border wall Trump wants to build.

At this point, it’s unclear if the tax will be implemented, but Trump seems intent on fulfilling many of his campaign promises, which seem to include a trade war with Mexico in the form of stricter border controls, import taxes, and pressure on American companies to not outsource jobs.

Even if the tax does not get enacted, the news has already had an effect as Mexicans have begun boycotting American companies and products.

Let’s take a look at a few of the companies that could be most affected.

The nation’s largest Mexican food chain may not have a direct relationship with Mexico, but it’s still affected by economic policies around Mexico in one definitive way. Our southern neighbor is our biggest exporter of fruits and vegetables, accounting for nearly half of the fresh produce we import. Among popular fruits and vegetables that are widely imported from Mexico are mangoes, tomatoes, and, of course, avocados. Mexico is the world’s biggest producer and exporter of avocados, and the U.S. imports two-thirds of the trendy fruit consumed here, almost all of which comes from Mexico.

Chipotle would be one of the businesses most affected by rising avocado prices, which are already high as demand has built for the fruit. The company does not break out components of its food costs, but it spends about a third of its revenue on food. While commodity prices for meat and dairy have mostly fallen recently, management has complained about rising avocado prices. In its preliminary earnings report, the company said avocado dented profits, and an import tax would likely do the same. Though it may only push up food costs by as much as 100 basis points, Chipotle needs all the help it can get at a time when it’s still struggling to recover from the 2015 E. coli outbreak.

Outside the U.S., no country is more important to Wal-Mart than Mexico. About one fifth of the company’s stores are located south of the border, and Wal-Mart’s imports rely on many products imported from Mexico. The company was the subject of bribery investigations in Mexico a few years ago, and seems to be a principal target of the boycott being pushed against some Mexican companies. With 2,379 stores, Wal-Mart is only the largest retail chain in Mexico, but animosity seemed to be building against it, as seen on Twitter under the hashtag #Adios WalMart.

Finally, the company that would most be affected by an import tariff is Constellation Brands, an alcohol distributor that owns the US rights to distribute Corona and Modelo beers, which are made in Mexico. Constellation Brands fell about 4% after Spicer announced the import tax, and the issue attracted attention from even Senator Lindsey Graham.

Before the Trump administration made that announcement last week, Constellation CEO Rob Sands had already put a plan in place so that the company wouldn’t have to raise prices if an import tax passed. It’s planning on buying more of its supplies in the US, such as natural gas and packaging, helping to offset the costs of the import tax. The company has even considered moving some production back to the US; those plans are critical now.

Corona and other beers imported from Mexico have been a fast-growing segment for the company, and make up more than half of its revenue. If the tax passes, Constellation shares could take a big hit.